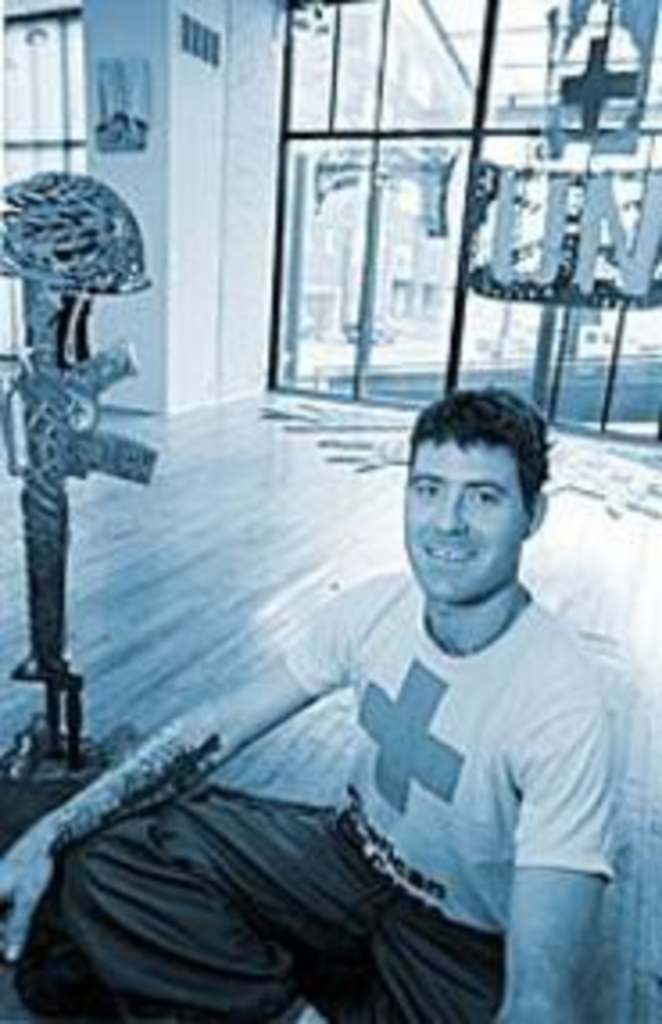 Struggling artists get a lot of mail — bill collectors, mostly, who don’t have a lot of empathy for creative souls and their even more creative bookkeeping. When this year’s Charlotte Street Fund winners received notice that their work was being recognized with a group exhibition and a check for $4,500, reactions were joyous.

“I was sitting in a friend’s Cadillac and started to cry,” says Peregrine Honig, whose work will be shown along with fellow award-winners Jesse Small, Warren Rosser, Adriane Herman, Tom Gregg, and James Woodfill. “I didn’t even know what it was about. And it was, in one time, in one place, more money than I had ever had in my life.”

“I was completely surprised,” says Small, whose steel-plate stealth fighters were part of last summer’s Avenue of the Arts project along Central Avenue. “It was great because I was really broke. I was able to buy a large compressor, a Mig welder, and a bunch of tools. But what it really bought me was time — that’s the big one.”

The Charlotte Street Fund, founded in 1997, is one way corporate Kansas City — in particular, American Century — embraces local artists. Past winners include Nate Fors and Michael Sinclair, and last year’s group show marked the debut of the H&R Block Artspace. This year’s honorees will be shown November 3 through December 2 at the Kansas City Artists Coalition gallery in the River Market.

Rather than simply chip away at personal debt, the artists put part of the winnings into new works. Honig’s drawings of sexually expressive young women have appeared in Review magazine. “I used the money to do all new work, exploring sororities of women — not just in the Greek sense but women together, like geishas. And I went to a lot of strip clubs to observe. I was always one of the only women in the audience, if not the only one, and they seemed relieved to talk to me.”

Small chose to literally deconstruct the Jeep, steel plates, and unfired porcelain guns that comprised the piece that sat at the southernmost end of the Avenue of the Arts project. “I stripped it and hung the body paneling in a large symmetrical pattern,” he says, “and there’s an array of four of the stealth fighters on the floor, Swiss-cheesed with cutouts of the United Nations logo.”

His work lately has commented on the tenuous relationship between the United States and such oil-gushers as Iraq; one piece in the show consists of an oil pan, in the shape of a backward map of America, that is filled with oil and an amorphous rocklike sculpture in the approximate shape of Iraq. But after this show it’s on to other issues. “I need to get it out of my system,” he says.

“Ultimately, the 2000 Charlotte Street Fund recipients portray visual art in the city as quite healthy,” writes James Martin, the Nelson-Atkins’ assistant curator of modern and contemporary art. “Although they were not necessarily meant to serve as a cross-section, these six artists personify the admixture of diversity and cross-pollinating that distinguishes lively art scenes across the country.”