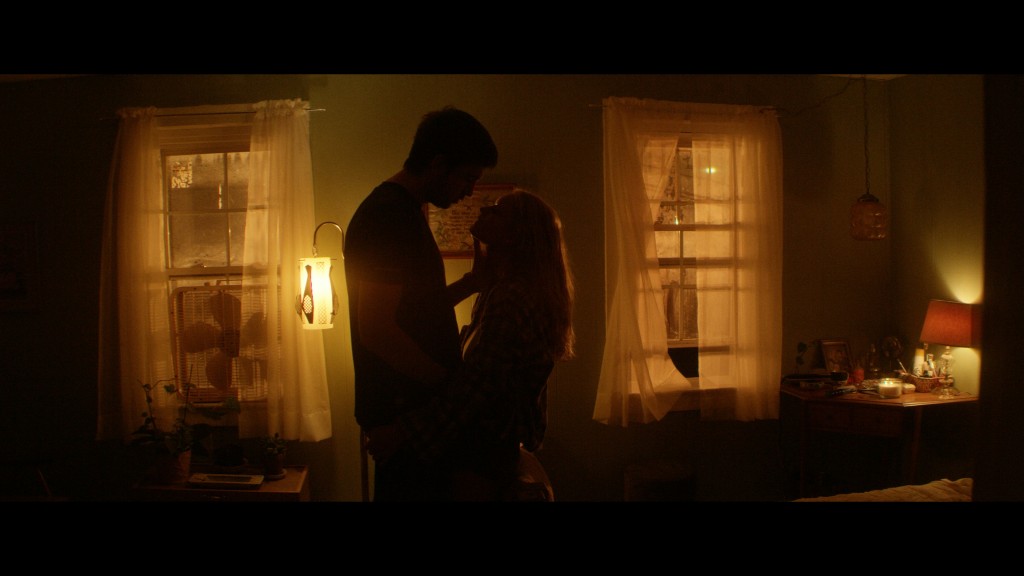 Stanley Kubrick’s surreal 1971 classic A Clockwork Orange is known for evoking an abundance of different emotions for views. The futuristic tale of an ultraviolet gang of droogs drinking milk and beating people while wearing phallic masks has both fascinated and distressed audiences throughout the years. While the film’s themes of morality, justice, and if someone can truly be reformed can be debated to the end of time, one thing that always holds true is that every person that watches the bizarre film has their own unique experience for it. When Jeremy Osbern had his experience with the film in 8th grade, it showed him that movies could be more than originally thought and thus began his path in becoming a filmmaker. Now, Osbern recently worked with the star of A Clockwork Orange, Malcolm McDowell, as the cinematographer for The Big Ugly, now playing nationwide.

Osbern grew up in Lawrence and went on to attend the University of Kansas. After graduating, he was advised to move to LA or New York if he wanted to make it in the business. Instead, Osbern chose to stay local and do his part in advancing the film scene in Lawrence and Kansas City. While attending KU, Matt Jacobson and Kevin Willmott were professors of his, allowing him the opportunity to help with the feature CSA: Confederate States of America. The film got into Sundance and Willmott invited a group to stay on the floor of his condo and experience Park City and the prestigious festival. Years later, Osbern was the co-cinematographer with Matt Jacobson on Willmott’s film The Only Good Indian. With the film, Osbern went back to Sundance now in a key role.

“I was 27 at the time, and it was pretty amazing that they put that level of trust in someone that age to shoot a film with a pretty healthy budget on 35mm film. Over the years that followed, I’ve been slowly working my way up on projects with bigger and bigger budgets (and of course some micro-budget passion projects as well).” Osbern says. 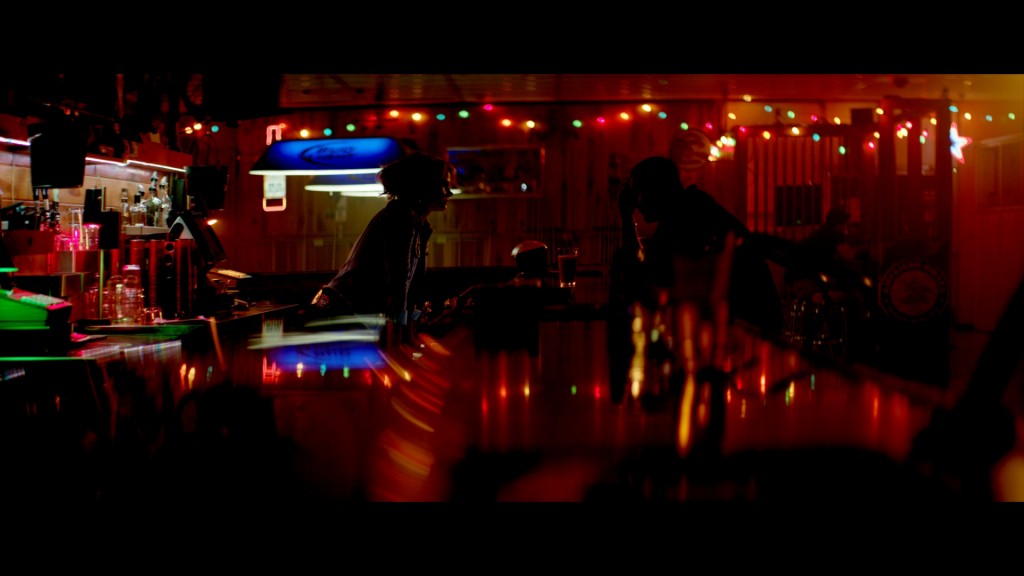 The film industry is known for its difficulties to break into. For Osbern’s success, he split his time and talents between working as a cinematographer and a gaffer (the person in charge of implementing the lighting on a film).

“I would work as a cinematographer on a movie with a $100,000 budget as DP and then work as a gaffer on a $1 million movie. Then the next film as DP would be a $2 million budget and then on a $10 million movie as a gaffer. Eventually, I had to make the decision to just focus on one craft, and I started turning down the gaffer jobs. The real line in the sand was when I was called about working on a David Fincher movie as a rigging gaffer and I turned it down to focus on shooting. At that point, there was no going back.”

Osbern’s newest film he was the cinematographer on is The Big Ugly. The film stars Vinnie Jones, Malcolm McDowell, Ron Perlman, Nicholas Braun and tells the gritty story of London mob bosses investing in a West Virginia oil deal in hopes of laundering dirty money. Featuring big guns, high stakes, and an A-list cast, The Big Ugly is a perfect film for fans of crime and action cinema. Check out the trailer for yourself!

The Big Ugly is showing in theaters and drive-ins across the country. In Kansas City, you can catch it on the big screen at Screenland Armour or at home starting July 31st on Video on Demand.

Between shorts and features, Osbern has worked on over 100 projects with differing budget levels. What excited him the most about The Big Ugly was getting to create something with this group of actors. Especially the leading man of the film that sparked his filmmaking path.

“Malcolm was great to work with. He’s incredibly funny, and he’s always on top of his game. We stayed in the same hotel and we’d eat breakfast in the lobby in the morning. He was a real champion for the look of this film. Director Scott Wiper and I went for a bold look on this one, and Malcolm was always a champion for us pushing the boundaries of the image. I did film nerd out a bit, though, even going as far as to track down one of Stanley Kubrick’s favorite lenses, so that I could film Malcolm on the same lens as Kubrick.”

Many in the film industry credit one film in causing their breakthrough in seeing film in a new way. For Osbern, the craftsmanship and originality of A Clockwork Orange struck a chord with him in ways that no prior films had.

“Before that film, I kind of viewed movies as something you see with friends, you eat popcorn, and then you forget about it and go about your life. With A Clockwork Orange, I realized that movies can be something totally different. They can make you think about the world, or about society, in new ways. It was at that point, I realized that I could maybe become a filmmaker and tell stories that could make people think and feel, and it was shortly afterwards that I picked up my mom’s home movie camera and started to create my own stories at home.”

With his work on a mainstream scale, Osbern has the chance to strike his own chord with a wide base of film fans or potential young filmmakers in the making. As a cinematographer, he finds the art in a camera’s movement and the overall look of the film, a task that anyone in the industry will tell you is no easy feat. Osbern though always carries his passion of what makes cinematography important.

“I have always viewed a cinematographer’s job like that of a choreographer. The camera movement is like a ballet, and you get to guide the viewer through the story, shot by shot by shot. A dance piece can have a still moment, or a flurry of activity. The way you guide your viewers eye to a hand or a foot spinning can change how they perceive the dance as whole. It’s the same in filmmaking. Each moment, and how you capture that moment, conveys to the audience how they should feel about what they’re watching. Thinking through that overall dance is what I love about cinematography.” 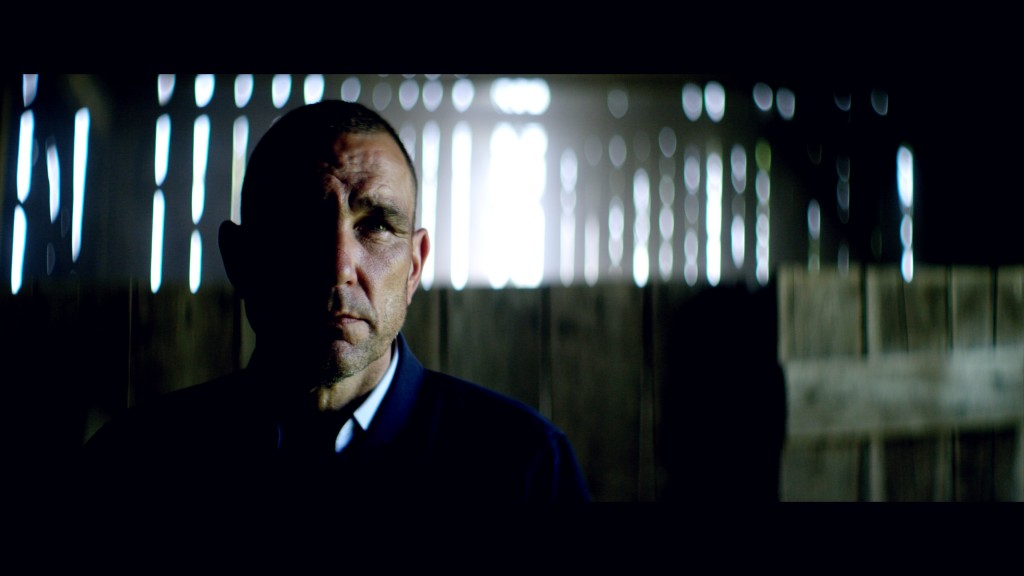 Osbern brings this passion and elite craftsmanship to The Big Ugly, capturing both the essence of the film and his own creativity.

“When I first read through the script for The Big Ugly, I saw paintings by the Argentinian artist Fabian Perez as a starting point for how I wanted this film to look. A lot of his images have starkly lit characters in front of dark, impressionistic backgrounds. In my first conversation with writer/director Scott Wiper, he mentioned the Clint Eastwood film The Outlaw Josey Wales as a visual reference. Bruce Surtees had shot that film, and I had always admired his collaboration with Eastwood and the way they pushed boundaries of using darkness in their images during the 70s. As we delved deeper, I decided that I wanted to use 70s era anamorphic lenses that would create an impressionistic feel like Perez’s paintings, and then approach the lighting like a mix of Bruce Surtees’s 70s photography combined with the look of late 80s / early 90s Tony Scott films.”

More of Osbern’s work can be found on his website jeremyosbern.com. While the film plays at Screenland Armour, Osbern urges readers to support local theaters during the pandemic. Through indoor and outdoor screening and even online viewing options, there are multiple means for people to support theaters like Screenland Armour in ways that they are comfortable in doing.