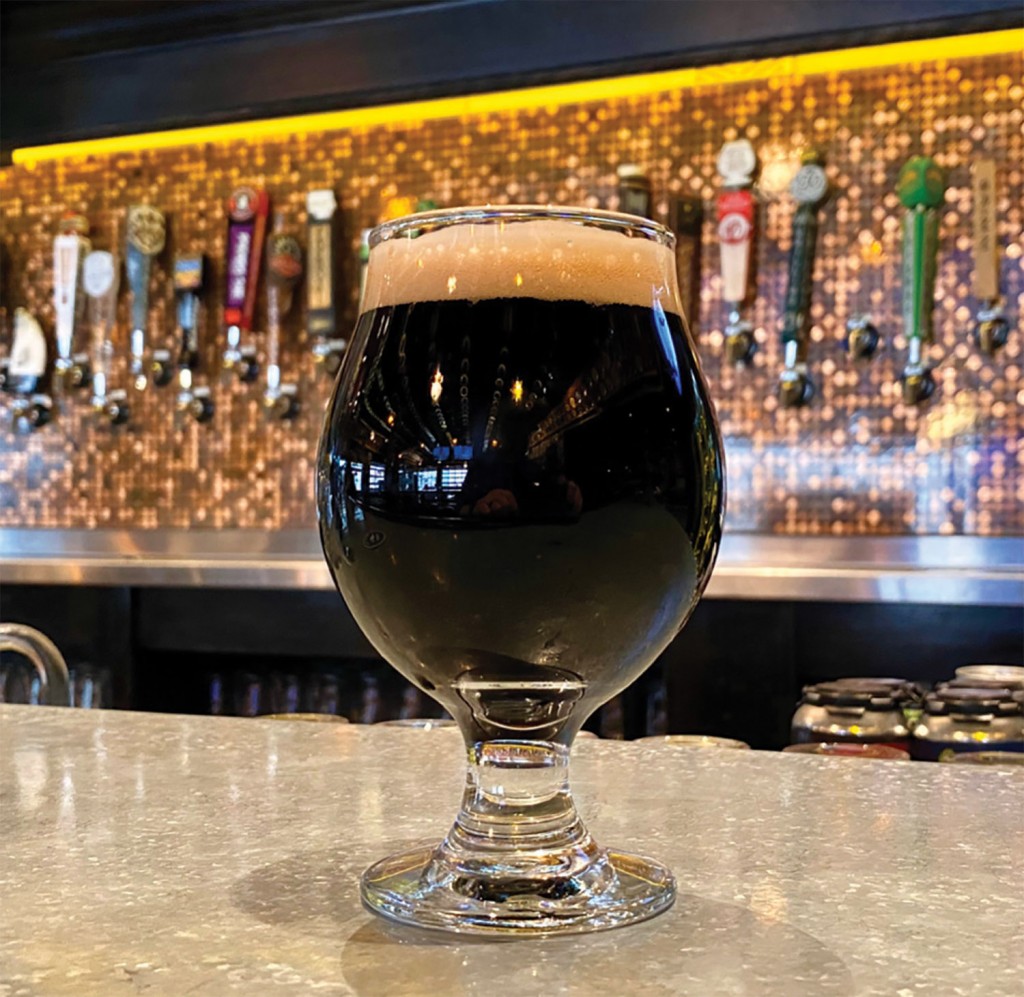 The first all employee meeting I attended at Boulevard Brewing Company was during the Great Recession in 2008.

I remember sitting through financial and marketing presentations (pretending to understand what things like EBITDA meant and wondering why folks kept calling beers “brands”) before Boulevard’s founder John McDonald spoke to close out the meeting and send us all to the bar for a beer. Always the optimistic pragmatist, John ended his talk by telling us, “You know, they say that people drink when times are good, but when times are bad, they drink more. I think we’re gonna get through this.” I don’t know who “they” are, but I think they’re right. John was right as well. The brewery did survive and continued to grow over the next decade.

In fact, the last decade has been a period of unparalleled growth for the craft brewing industry. According to the Brewers Association—a Boulder, Colorado-based trade group of brewers, breweries in planning, suppliers, distributors, craft beer retailers, and individuals particularly concerned with the promotion of craft beer and home brewing—there were 1,500 craft breweries in operation in 2008. By 2012, that number had reached over 2,000. Skip ahead to 2014, and Kansas City saw Martin City Brewing and Kansas City Bier Company open within days of each other. Before 2014, Kansas City had a handful of brewpubs, but apart from Boulevard, it was tough to find locally brewed and packaged beer on liquor store shelves. 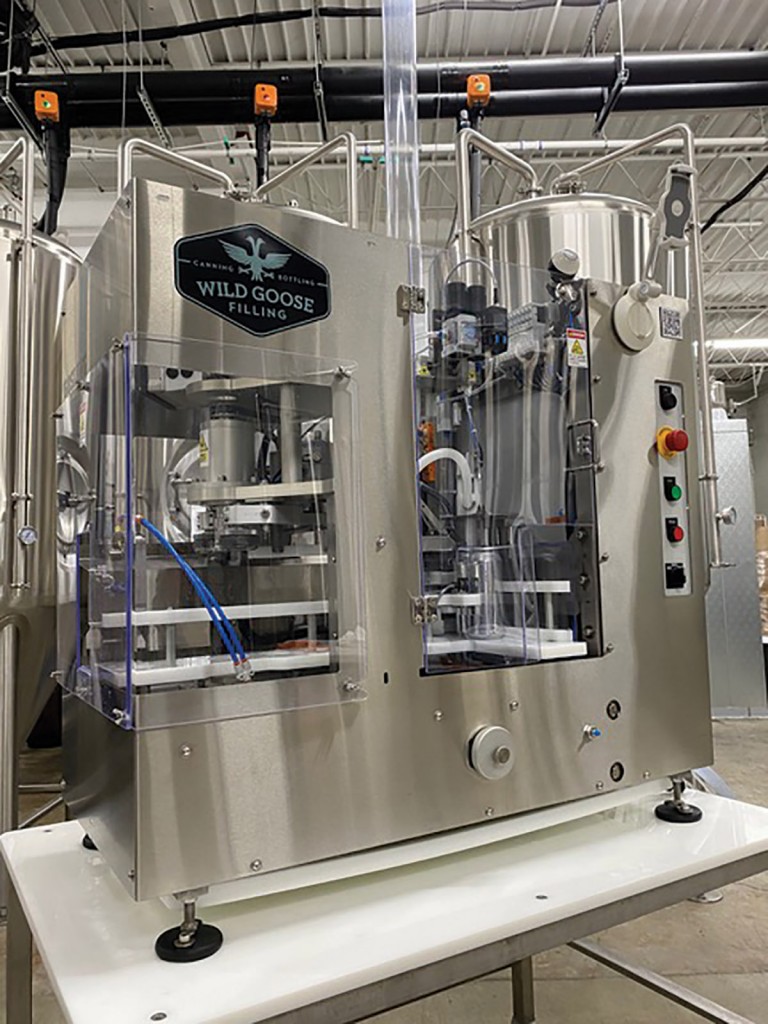 Over the next six years, Kansas City would experience a rebirth of the craft brewing scene. Today, we have over 30 breweries operating in the area, with several more in-planning and even breweries that have opened during a global pandemic. Nationally, there are over 8,000 craft breweries brewing over 26 million barrels (31 gallons) of beer, accounting for roughly 14 percent of the total beer market. Even as overall beer sales have been in decline, dropping 1.6 percent in 2019, craft beer is on the rise gaining 3.6 percent volume growth during the same period.

This all brings us to the past few months of a global pandemic closing down bars and restaurants, eliminating jobs, crippling the economy, and killing over 160,000 Americans. I believe we’ve definitely reached what John was referring to when he talked about “when times are bad.” And yet, recognizing the severity and tragedy of all of this, I’m going to continue talking about beer, because what’s happened for some breweries is actually quite remarkable given the awful context. Will I attempt to draw focus away from how serious and dire things are right now? Hell no. But I will tell you that some breweries (and other alcoholic beverage producers) have actually seen an increase in revenue or have remained flat, something I’d consider a victory of sorts.

In thinking about how to talk about this growth (or remaining flat which is still quite an achievement) during this time, I’ve talked to breweries who are actually seeing their revenue and sales volumes increase even though they’ve had to shutter tasting rooms. As someone who sells and markets (and definitely drinks my fair share of) beer for a living, this is encouraging, but what it means in a greater context is that regardless of the industry, folks are going all in on supporting their local breweries, distilleries, wineries, and other makers.

In order to capture the business of beer drinkers who have shifted their consumption from bars and tasting rooms to their couches, backyards, and inflatable pools, craft breweries have pivoted to packaging their beer in crowlers and growlers or, in the case of Alma Mader Brewing on Southwest Boulevard, they’ve brought in small canning machines to offer a wider variety of beers to-go in a package that’s not only better for the beer, but more consumer friendly. 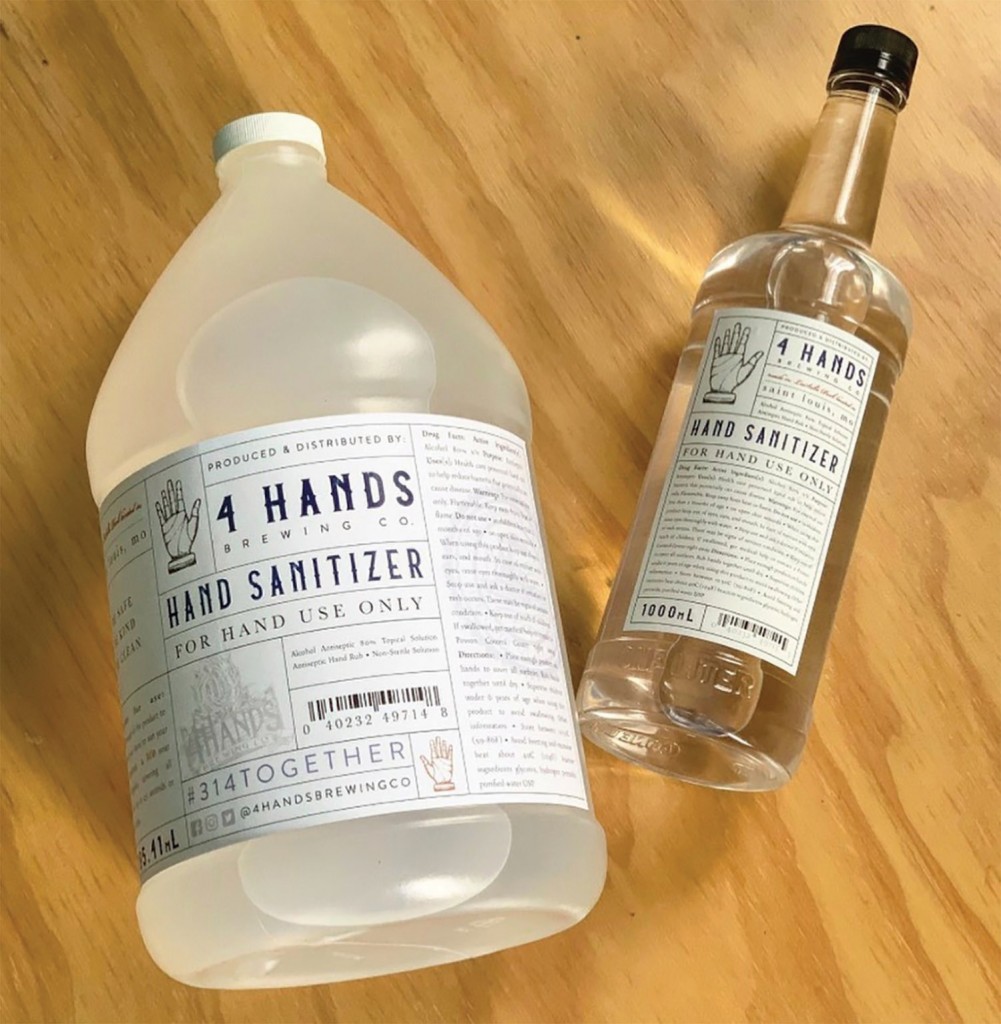 Breweries like BKS Artisan Ales have been able to sustain themselves solely through online to-go sales that sell out in minutes every Thursday night. The brewery I represent, 4 Hands Brewing Company out of St. Louis, launched an online store and installed a beer pickup window on the front of the brewery that we’ll continue to operate even when “things are normal again.” I’ll tell you that the support craft breweries have seen by folks who are willing and able to purchase directly from their favorite breweries right now is huge and not only will keep businesses afloat, but that support also serves to bolster morale. It’s tough not to smile when you’re loading a couple cases of fresh, delicious beer into the back of someone’s car. Financially, though, this support is absolutely a much-needed lifeline.

In early April, the Brewers Association sent a survey to member breweries, “…designed to gauge the impact of the COVID-19 pandemic and subsequent public health and social measures on small breweries. When asked how long they believe they can sustain their current business if social distancing measures remain the same, the majority of the 900-plus breweries nationwide that filled out the survey answered that their business wouldn’t last more than three months,” Bart Watson, an economist for the Brewers Association, wrote in a article about the survey.

He continued, “Based on recent trends, it was likely that 4 to 5 percent of the breweries in the country would have closed in 2020 prior to the shock, so while some percentage of these closures and potential closers reflect businesses that were already struggling, most are brought on solely by this event.” I share this to bum you out, but to present a realistic picture of just how many breweries are in constant danger of closing due to a sudden lack of sales or a drop in profitability. It’s easy to assume that because you see a brewery’s beers on tap all over town or in all the liquor store cooler doors that everything’s fine, but the truth is, many breweries (and businesses in other industries too) are strapped for cash flow when “times are good,” but especially so when “times are bad.” 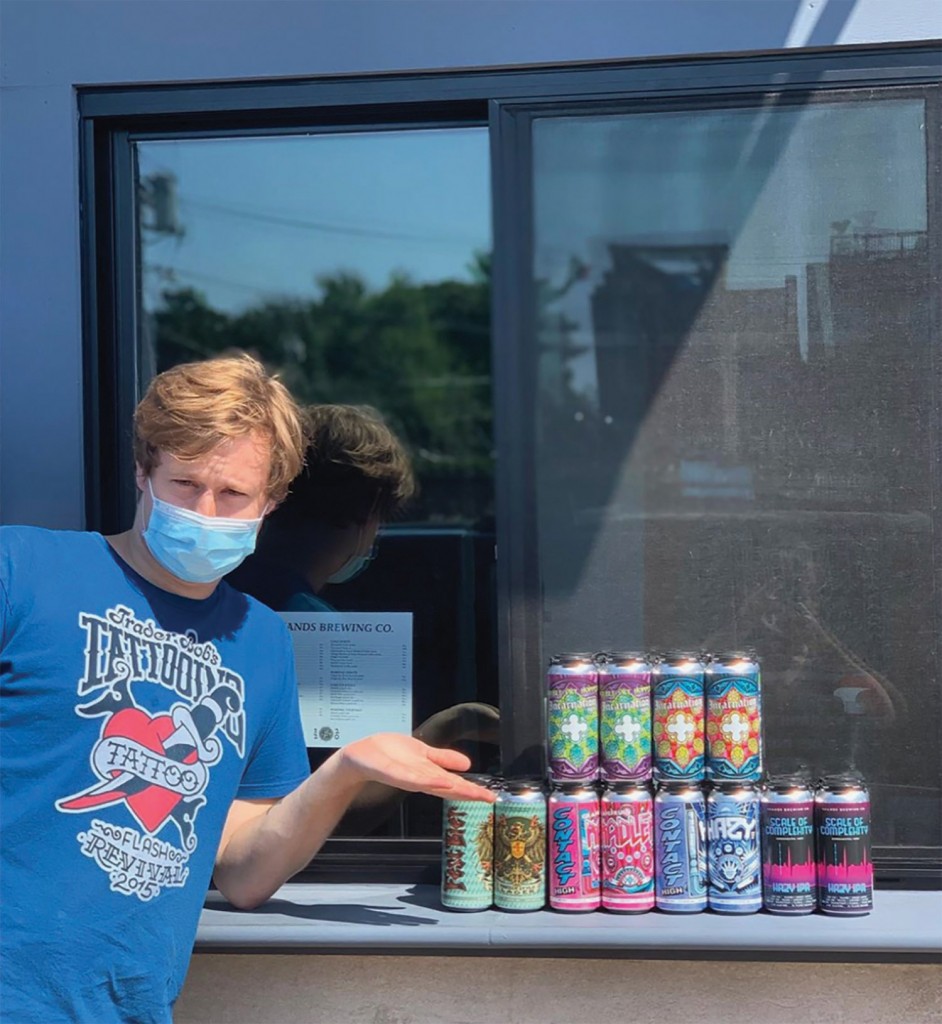 Moving forward, I expect to see breweries to continue to open, but not nearly at the clip we’ve seen over the past decade, and I think most will open with goals of becoming small, neighborhood or destination breweries, as opposed to wanting to conquer the market with regional or national distribution. This “shrunk down” business model allows brewers to retain control over their beer as it relates to storage and service, which translates to complete command over the quality chain as well as carrying the benefit of a higher profit margin by selling all of their beer in what’s often referred as “own-premise”—the practice of selling all of the beer at the site of production resulting in 100 percent of the profits staying in-house.

While I absolutely encourage you to buy beer from your favorite local breweries when you can, I think it’s still incredibly important to support local grocery and liquor stores as well as your favorite bars that carry craft beer. These businesses employ your friends and neighbors and still represent a ton of sales for the breweries that do distribute their beer.

Additionally, patronizing local retailers allows them to support a less consumer facing, yet still very necessary, tier of the beer business, distributors. Without distributors, who often employ much larger local workforces than breweries, given the size and scope of their business, everything would fold. I’ve always said that craft beer is a team sport, and we all rely on and benefit from the successes that suppliers, distributors, and retailers have.

I have no idea what the next few weeks or months hold for our region, the nation, and the world, as I’m just a college dropout who’s been fortunate to land a series of super awesome gigs in beer. But I do know that I’m going to drink some local—however you’d like to define that—beers tonight, and I hope you do the same.

Drink this Now: the KC Box Car from the Stilwell

Drink This Now: The Tailspin at Hotel Kansas City