A new spin on old records for original merch 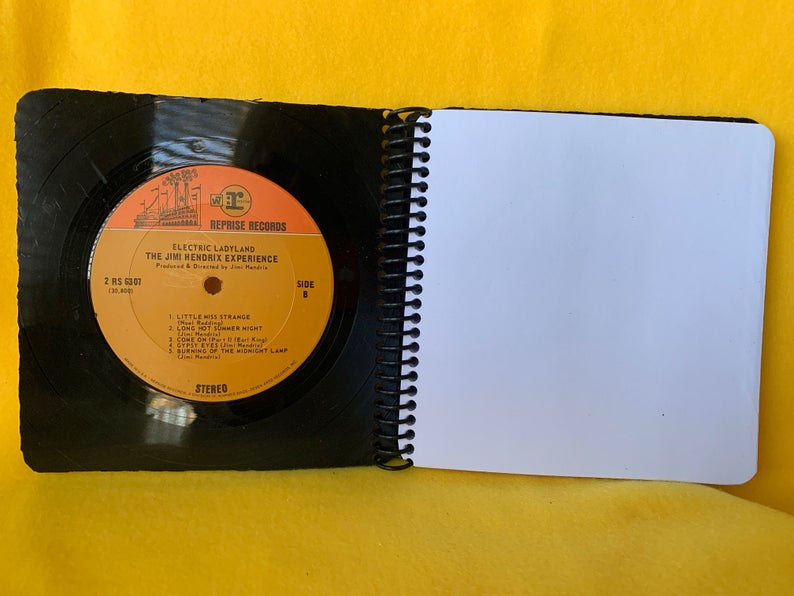 Anna Sajovic gives records a new spin through her at-home business AlbumWorks. Sajovic repurposes original records and album covers into anything from clocks to tote bags.

“I grew up spinning 60s records on a one-speaker record player on the floor of my mom’s San Francisco apartment,” says Sajovic. “I still play record albums at home and, through AlbumWorks, love working with album covers and their vinyl to invent new products.”

AlbumWorks has been in operation since 2013. Sajovic made her first clock from records by drilling a hole into an ABBA album and installing a clock mechanism according to the Martin City Telegraph. After that, she wondered about other objects people could use from records.

The condition of the albums she finds determines what they will be repurposed as. Worn or damaged record covers will become notebooks, address books, and other smaller items. Other unique items AlbumWorks sells include luggage tags, planners, and postcards. All products are hand-assembled by Sajovic. 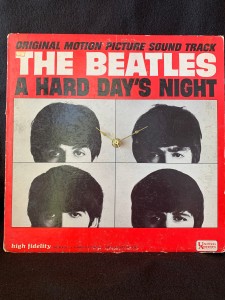 Sajovic’s mission is to give a new life to classic album art and keep memories alive for generations to come. She says she thought her customer base would be those over 50 but finds half of her sales are from millennials. Sajovic has found many purchases are gifts for parents or grandparents.

Over 2,000 albums are kept in stock at all times. If Sajovic does not have a certain artist or album in her collection, she will try her best to find it. Sajovic browses used bookstores and record stores to find records for AlbumWorks. Although she has her own personal record collection, she has never used it for AlbumWorks. Her personal collection holds approximately 200 vinyl records compared to the shop’s 2,000.

Sajovic was a teacher and administrator before starting her company. She taught for over 17 years at eight school districts in the area including Hickman Mills, Grandview, and Kansas City, MO.

“When I retired from the formal educational setting, I experimented with various materials and found my long love of record vinyl to be most alluring,” says Sajovic.

Before the pandemic, Sajovic traveled to various cities to showcase her work including Lawrence, KS, St. Joseph, MO, Moberly, MO, and Paola, KS. Unfortunately, COVID-19 has resulted in the cancellation of the scheduled craft fairs and festivals Sajovic was supposed to attend with her unique collection of products.

Genres of music in Sajovic’s shop include pop, blues, jazz, country, classical, opera, and more. AlbumWorks products can be purchased on the shop’s website, and on Etsy.