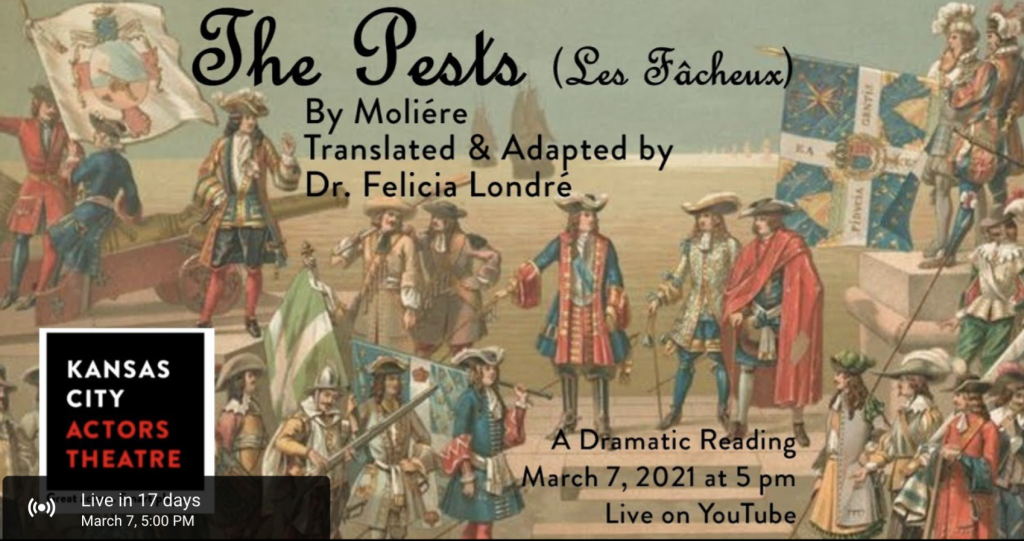 In January of 2022, French actor and playright Moliére would have celebrated his 400th birthday.

Kansas City is doing it for him with the KC MOliére project, an extended creative tribute to Moliére’s work. As part of this celebration, Kansas City Actors Theatre plans to present a live virtual dramatic reading of Moliére’s “The Pests” at 5 p.m. on March 7.

The free performance is a newly translated adaptation of Moliére’s 17th-century comedy “Les Fâcheux”, translated by UMKC Professor Dr. Felicia Londré. It will be accessible for streaming on the Kansas City Actors Theatre’s YouTube page after the live performance on March 7 and will remain online until March 11.

The performance is one of many showcases of Moliére’s work that the KC MOliére will feature from participating creative institutions in the area. Jason Resenhouse, director and Kansas City Actors Theatre Artistic Committee Chair, says the celebration will help put the city on the map.

“I’m excited for KCAT to help out the KC MOliére project,” says Rensenhouse. “The ‘400 in 2022’ celebration has great potential to bring acclaim and recognition to our city.  And to be using a translation by local professor Dr. Felicia Londre is a treat, because she is such a treasure in this town and she’s done an incredible job of bringing this funny and timely piece to life. ”