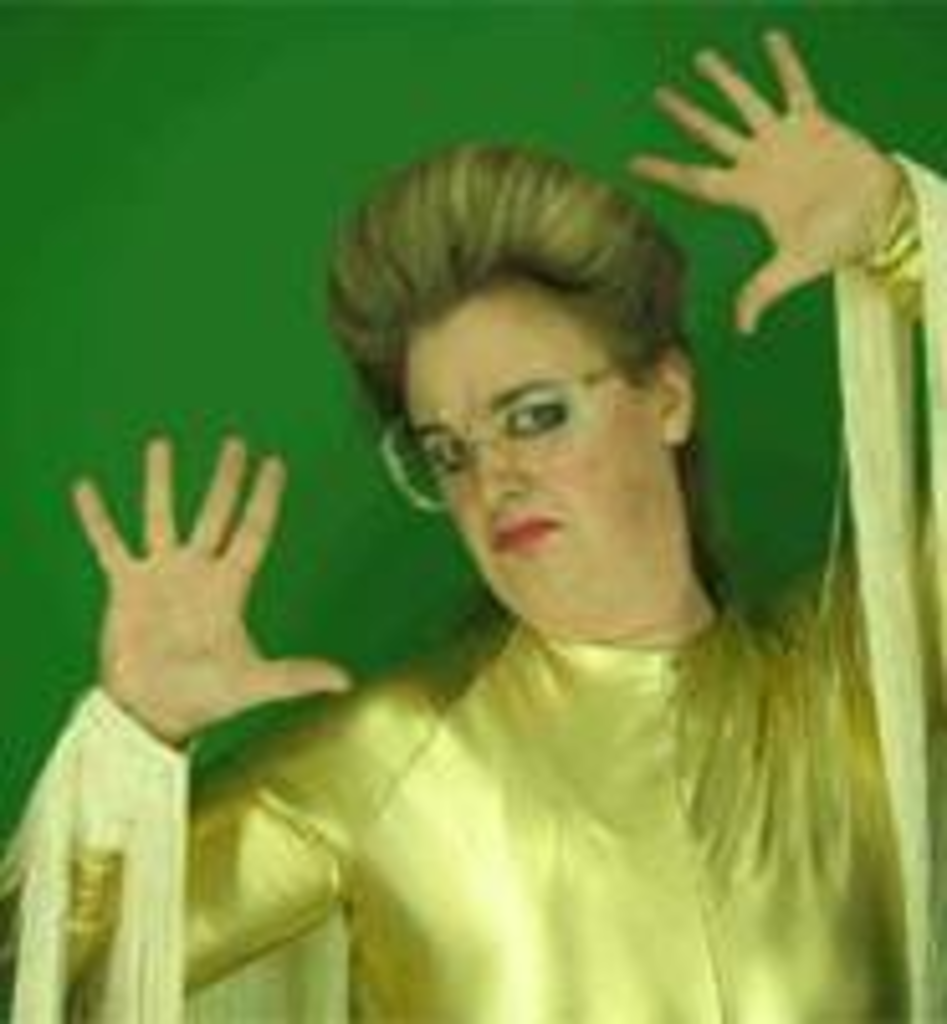 The Pitch recently had the infinite pleasure of chatting with Midwesterner Leslie Hall, Internet sensation and procurer of gem sweaters. Hall was playing e-mail tag with us while finishing a stint on the East Coast with her rap act, Leslie and the LYs, when her mother called to let us know that Hall would call once she returned to her home in Iowa. She did.

The Pitch: You’re known for your impressive gem-sweater collection and your dope rhymes. Do you like it when your fans come to your show with their own bedazzled tops, or would you rather they get off your jock?

Hall: Seriously, it’s all about the sweaters. It’s like a medieval festival for gem sweaters. Sometimes people come to the shows and leave their sweaters in their cars because they’re scared to wear them. I encourage the sweater party and gold pants. It’s all about gem-sweater pride. Ah, please let that be known!

You were recently featured in an awesome W magazine spread [December 2006]. How did it feel to grace the pages of a mag that features the likes of Kate Moss and Lindsay Lohan?

Yeah, that was kinda funny. I was like, Have you seen the Web site? Do you know what you’re getting into? I think the tagline said “Plus-size girl from Iowa and her sweaters.” Which is cool. I like to show my girth. It’s cool I’m getting fashion-mag love. If some gay boy in a hair salon flipped through the pages and got inspired to bedazzle a top … ah, my heart goes pitter-patter.

What do you think Britney Spears’ next career move should be?

What can Kansas City expect from a Leslie and the LYs show?

You can expect an amazing show, high-class entertainment, tornado storm of gems … I’m so happy to be in the Midwest, because that’s where the most sweaters are. You should come support a Midwest fighter of injustice. If you’re curious, just check out the Web site [www.leslieandthelys.com]. It’s hours of entertainment. And that’s what you can expect from a live show.

My influence would have to be a formula based on fashions of Elvira, Mistress of the Dark; early John Waters films; Tracy Turnblad [Waters’ zaftig Hairspray heroine, portrayed by Ricki Lake in the 1988 movie]; and Ginger Spice.

How about musical influences?

See, I’m into formulas. I would have to say I wanna dance and sing like Justin Timberlake. I want to write phat rhymes like J.J. Fad [’80s lady rappers responsible for dance-party staple “Supersonic”], and I want to write ballads like Faith Hill, like [Hall sings, impersonating Hill] I may be rich and famous, but I’m still a country girl. You know, I may have 25,000 friends on MySpace, but I’m still a girl from the Midwest.

Do you consider yourself first and foremost an artist, a fashionista or a pop star?

Hmmm … very interesting. Goshdangit, I cannot comment on that question. I am an Internet celebrity, a keeper of the gems and the greatest lady rapper from Iowa. I can’t pick. Don’t make me pick.

It’s OK. You can be all of those things.