Live review: Haim, with Lizzo — Thursday, May 10, at the Uptown 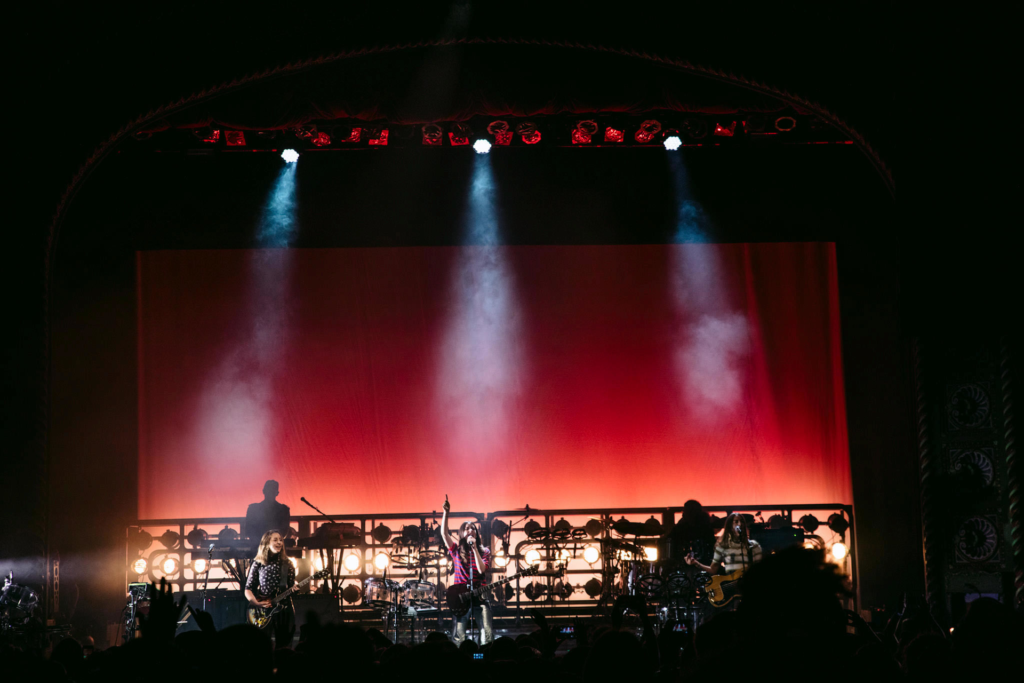 It’s easy to imagine the three Haim sisters as adolescents, learning how to shred guitar in their parents’ rock cover band and practicing their moves in front of a mirror. Easy because that’s very much how the siblings present on stage today: Este, the oldest, punctuating every dramatic bass line she struck with a matching face; Danielle, middle child and lead singer-guitarist, playing as though she was fighting the urge to smash her guitar (go for it, Danielle!); Alana, the youngest sister and multi-instrumentalist wunderkind, tossing her hair with every chord change.

Haim’s Sister Sister Sister tour promotes the release of its highly anticipated second album, Something to Tell You. Released last summer, this is the sophisticated and polished follow-up to 2013’s shimmering retro-pop record Days Are Gone. Everything that made Haim popular the first time around — slick vocal harmonies, breathy synths, and a cherry-picked assortment of rock elements from the best of the ’70s, ’80s and ’90s — is still there (the band went back to longtime producer Ariel Rechtshaid). But there’s something else, too: the songwriting is sharper. The lyrics are tighter. It’s hard to improve on a debut hit like Days Are Gone, but Something to Tell You not only avoids the sophomore slump — it’s solid proof of Haim’s deep musicianship and staying power. 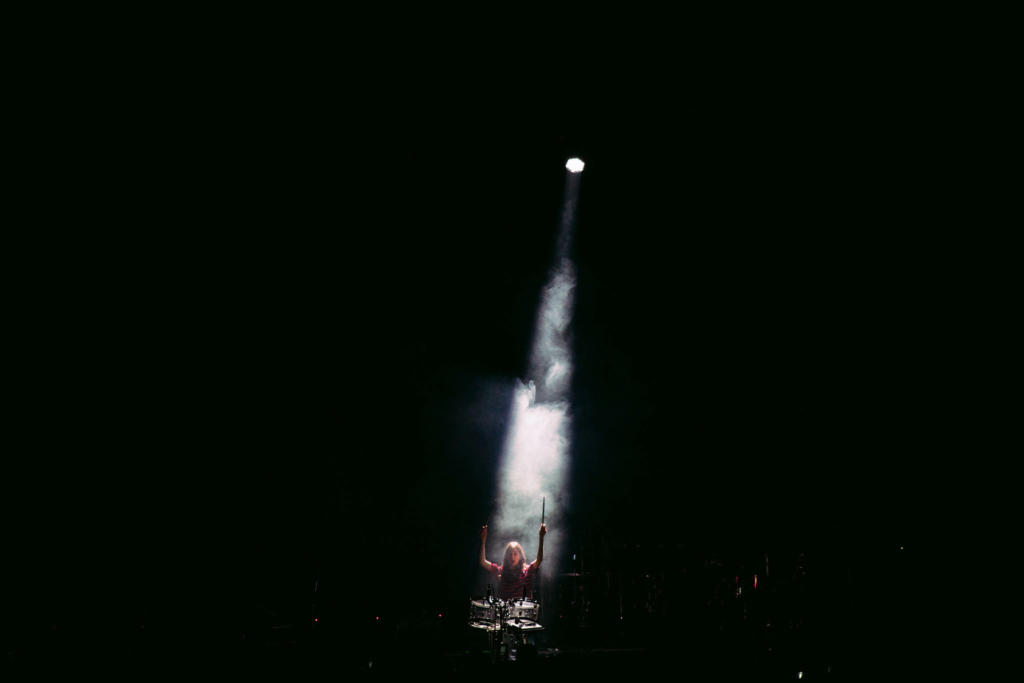 You can feel that power in a real way when Haim is performing live. The sisters oscillate between playful stage banter and dramatic power chords: One moment, Alana is taking credit for “Want You Back,” the lead single off the new record, and calling on her sisters to bow to the wisdom of the youngest sister; the next, Danielle is hurling a hair-raising guitar solo at the audience, looking every bit like a girl you wouldn’t want to fuck with (“Nothing’s Wrong”).

Even when Haim is singing about heartbreak (“You Never Knew,” “Walking Away”), they manage to sound joyful. That’s how the sisters charm you: They point out all these sad feelings, but they marry them to an irresistible melody and a hook you can’t ignore and suddenly you’re dancing, you’re singing along, you’re moving on.

Haim’s talent can be terrifying: They’ll go from playing “My Song 5,” which sounds dangerous, like it was written by a horror movie villain, to an impromptu cover of Christina Aguilera’s “Come On Over Baby.” Danielle’s voice is hard to pinpoint: Depending on the song, she’s reminiscent of Wilson Philips, Stevie Nicks, Sheryl Crow, Come On Over-era Shania Twain and The Colour of Love-era Celine Dion. For every kid who grew up listening to mom and dad’s soft rock records, for every ’80s baby and angsty ’90s teen, Haim has a song and a sound that fits. 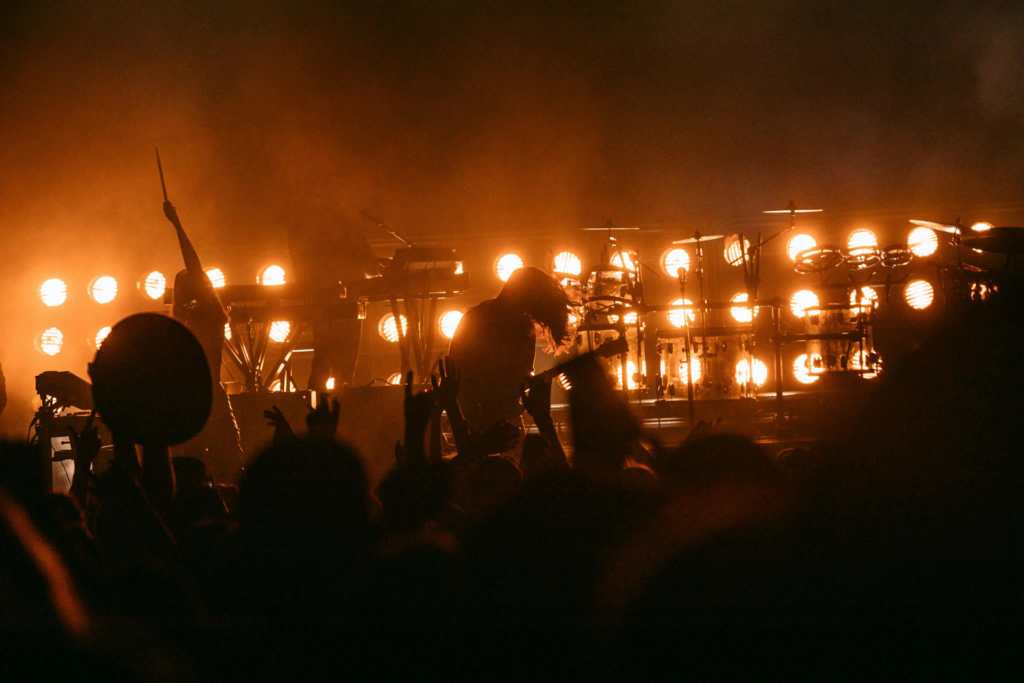 In between shredding solos and a brief choreographed dance routine with her sisters, Alana took a moment to shout out to the Filling Station, where they’d taken an afternoon coffee break: “I wanna move here,” she said, to raucous applause. “The people are good, the food is good, the weather is good — and the vibes are strong as fuck.”

The two-song encore featured “Found It In Silence,” an empowering track that had Alana on lead vocals, and “Right Now,” which found Danielle ad-libbing a “fuck you” to the jerk she ditched, like a kiss-off of independence.

It’s been a long tour so far for Haim: They kicked off April 3 in Portland and have had few nights off since. They’ve been supported by Minneapolis singer-rapper Lizzo, a body-positive tour de force who twerked her way into the hearts of an audience than largely wasn’t there for her; her star is on the rise, so keep an ear out for more from her (and in the meantime, there’s this). 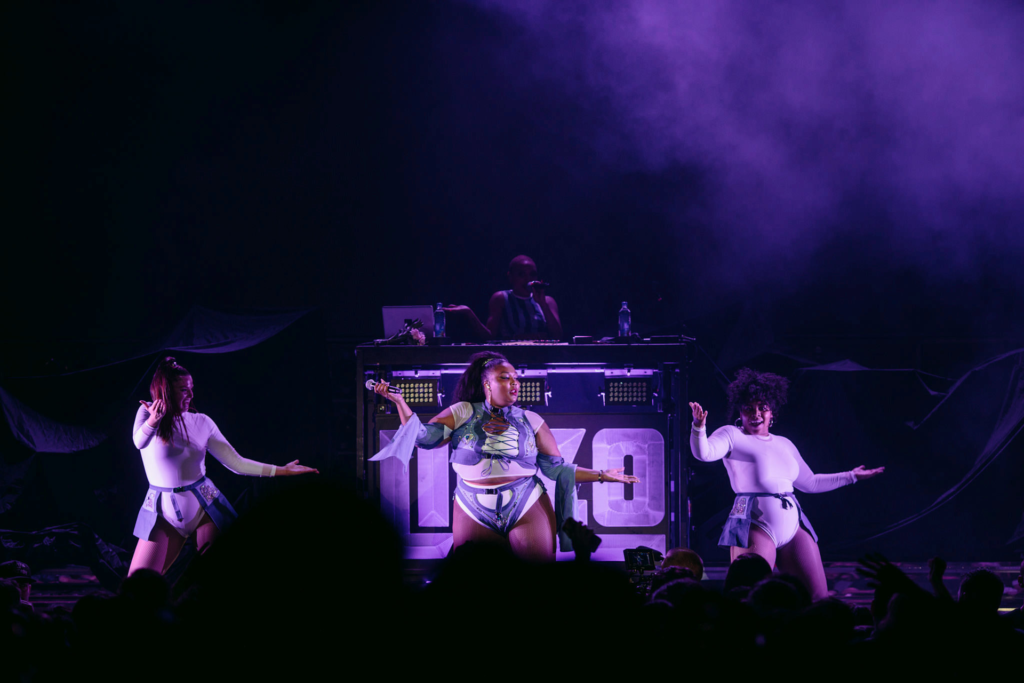 There are only three Sister Sister Sister dates following Kansas City (the girls go to Chicago and St. Paul before wrapping things up at Red Rocks), but the way Haim played last night, it might as well have been the tour closer: Confetti fell from the ceiling as the trio walked off the stage, the aftereffect of “Right Now” still reverberating around the Uptown as an ebullient crowd slowly filed out of the building and into the night.

Little Of Your Love

Something to Tell You

Found it in Silence