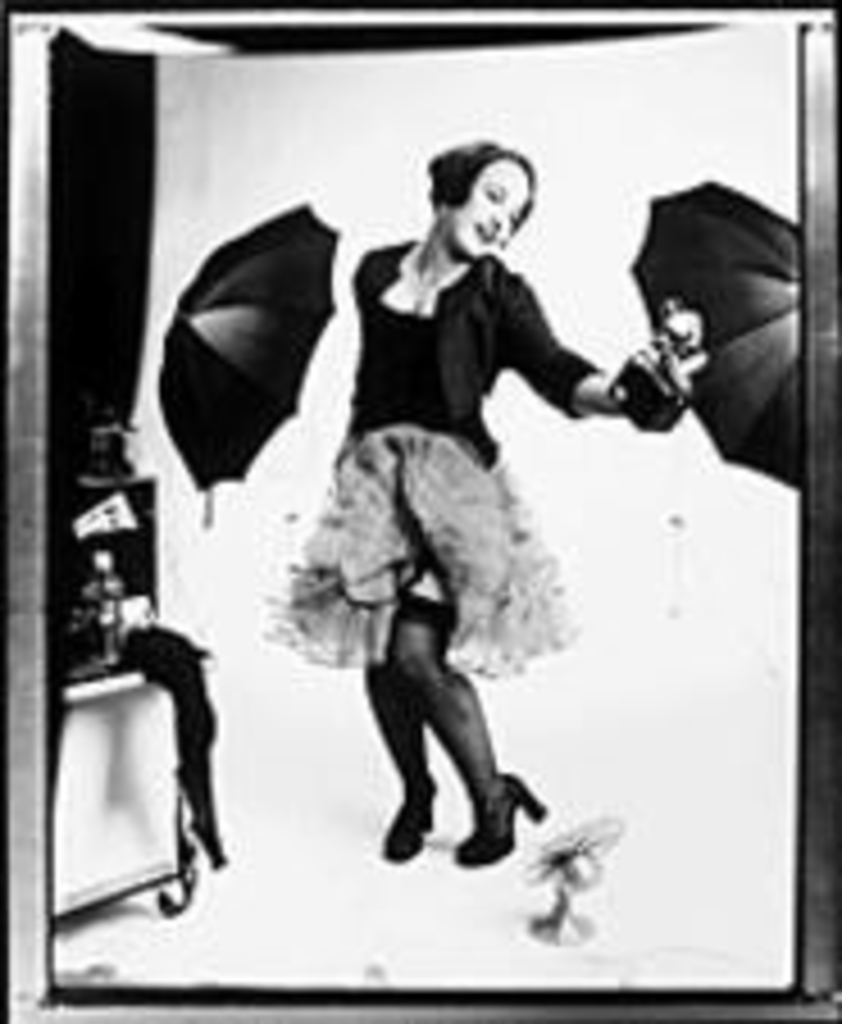 Do you want to be a suicide girl?

When you click on that question at the Suicide Girls’ much-discussed Web site, you get the following sales pitch: Suicide Girls are unique, strong, sexy and confident women. Is this you? Well fill out this application and you just might have a shot at it.

What you get, in addition to a little bit of money for posting naked photographs of yourself, is visibility as a Suicide Girl.

You’ll get free membership to the site, the coveted pink SG panties, stickers and other goodies from the shop. Your journal will reach millions of people, and you’re free to advertise your projects, events or art. Just from being featured on SuicideGirls, girls have been hired to appear in music videos, tv shows, radio shows, film and music festivals, fashion shows, countless magazines and advertising campaigns.

On the site, goth, punk and otherwise rebellious young women affirm their right not to look like Victoria’s Secret-issue silicon vessels. They post personal reflections alongside steamy photos to remind viewers that they are more than two-dimensional images.

“The company was founded on the belief that creativity, personality and intelligence are not incompatible with sexy, compelling entertainment, and millions of people agree,” the site announces.

When I attended the Suicide Girls Live show at the Bottleneck in Lawrence last month, I was surprised by a creative, well-rehearsed performance, the highlight of which was a simultaneous striptease and hula-hoop show. But I still saw nothing as impressive as one amazing mohawk sported by a spunky crowd member. The 25-year-old University of Kansas grad student to whom it belongs goes by the name Texas, and she’s the only Suicide Girl in all of Kansas. She performs with a punk band called the Vexed.

What does Texas — whose “I am a Cat” set of photos on the site depicts the punk girl reading in bed, getting excited by her book and consequently finding herself distracted from it — get out of being a Suicide Girl?

“It was a way for me to combat that idea that you have to be blonde and a size 3 to be a worthwhile human being,” she says. “I used to be kind of chubby, and people picked on me. This was my way of saying fuck you. It may sound selfish, but I just did it for myself.”

It doesn’t sound selfish. But what about the women who send in photos and don’t make it? The standards of beauty here might be different, but they exist.

Texas tells me about a part of the site dedicated to a group called “hopefuls” — women who have submitted their photos and are waiting to hear if they’ll get to move on to the interview phase.

“Some do get rejected at that point,” Texas explains. “Usually because of poor lighting and photo standards.”

I don’t think that’s why. With a few impressive exceptions (and Texas is happily among them), the quality of photography on the site is amateurish. Most beauty that exists there comes from the girls’ cuteness and from the excitement viewers feel when cute girls lower their hands into their own skivvies.

“I don’t think they are ever going to accept a woman who is over 300 pounds,” Texas says. “But a woman who weighs 300 pounds isn’t healthy. Suicide Girls shows a healthy woman.” That’s fair. But why am I not buying health as a guiding philosophy behind a business with the word suicide in its name?

What does the model really get for the journals she voluntarily updates for members to read, the snapshots she chooses to post between paid photo sets? The most compelling answer is connections. The site allows models to advertise their own creative and entrepreneurial projects for free and reportedly has bankrolled more art. For example, one model, who designs faux-fur fashions, was able to quit her day job to pursue her art full time.

Back in the 1940s, pinup artist George Petty advertised stockings and tools. Varga advertised wars and Coca-Cola. Suicide Girls advertises itself — as a “contemporary lifestyle brand.”

I’d rather look at non-Suicide Girl Nicole Cawlfield‘s photos of women who aren’t trying to fit into any lifestyle brand, women who didn’t fill out an application to have their pictures taken.

A tattooed woman with Bettie Page bangs and curves bigger than the average pinup’s stands on an old medical scale while shamelessly indulging in a luscious piece of cake. A slim, short-haired young woman steps into a shimmering swimming pool, topless, her back to the camera, a few tiny, delicate skin folds visible on her back and under her rear. A young woman in ruffly panties dances while cooking on a sidewalk grill, motion lines capturing her rambunctiousness. A rotund young woman sits for a traditional portrait, filling the frame, striking and voluptuous.

“I had this boyfriend, a rockabilly guy who was totally into pinups,” she recalls. “I was really kind of appalled that he wanted me to fit into that stereotype or look a certain way that maybe seemed more desirable … But I think that with anything you dislike or that makes you uncomfortable, if you spend a little time looking into why it makes you uncomfortable, you may come to appreciate it more.”

“[My work] always involves some kind of personal fantasy,” she told me, back when she was preparing for a show called Thin Up Girls. “I photograph women how they picture themselves when they fantasize about themselves — and I don’t necessarily mean sexual fantasies.”

Her pinups have all the alluring qualities of glamorous fashion photographs, but the models are busy fixing cars, reflecting on art history or taking a goddamned bath. The model’s goal is not to turn you on, because the fantasy is hers — though Cawlfield knows how to make you like it. “Seduce first, always,” she explains. “And then intercept.”

In one of Cawlfield’s photos, pinup expert and Kansas City Art Institute professor Maria Buszek is sitting on a stack of books fully clothed, a pencil in hand. She looks pensive, smart and fucking hot. This is one of the most inspiring images of a woman I have ever seen, but it still looks like a pinup, that art form historically vilified for its tendency to objectify.

Cawlfield has just shot some photos for the Fourth of July, but looking at the proofs, she’s not sure they’re working. (My guess is that the images just aren’t different enough for her yet.) The women wave flags. They salute. In one series, Kansas City burlesque performer Lacy Cornish holds a hot dog and a Coke, one flag covering her head and another covering her mouth. In another, a model leans back on the ground with a large, unmistakably penislike missile propped up between her open legs while the mischievous-looking artist Peregrine Honig stands above her fondling the gigantic weapon. In a Lady Liberty series, a model starts out reclining on Old Glory. She unfolds and reads a letter. In the last frame, she quits with the woe-is-me bit and raises a menacing fist toward the viewer. The caption, once added, will be a demand to bring our men home.

Cawlfield has yet to add anti-war captions to these photographs, which are be auctioned off by Beauty Slays the Beast to raise money for the electoral whooping of presidential ass in November. The difference between these women and the patriotic pinups of World War II lies not in what they look like, not in what they’re doing, but in their purpose. Instead of selling a war, they’re selling opposition.

“I don’t want to repeat history,” Cawlfield says. “I want to reinvent history.”