A chat with Little Fires Everywhere author Celeste Ng, who’ll be in KC next week 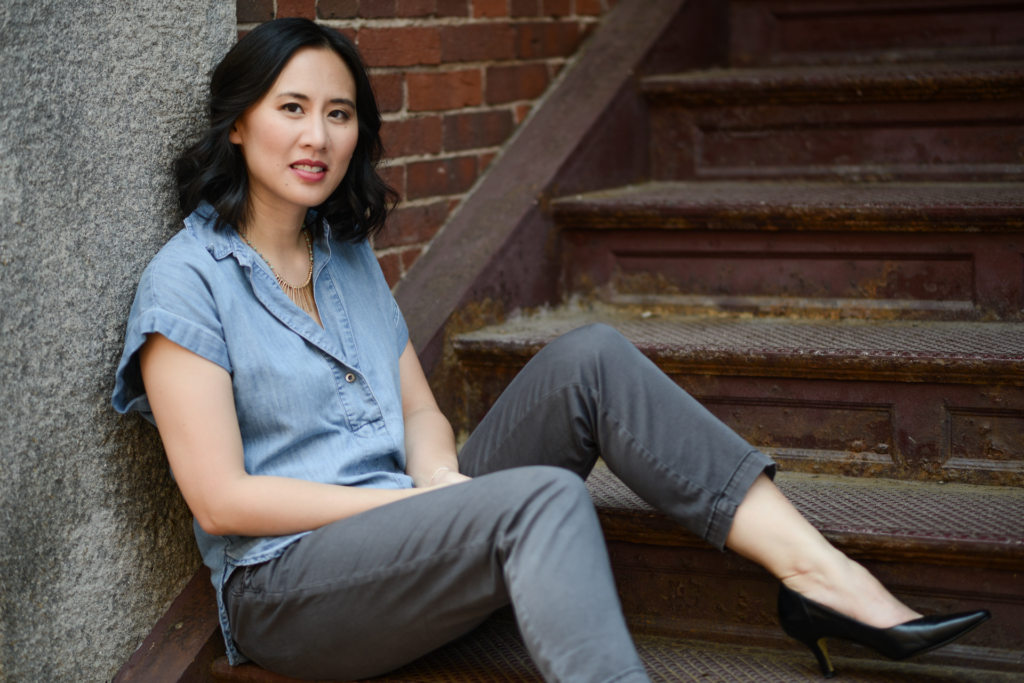 Celeste Ng’s second novel, Little Fires Everywhere, is a story of two families — one living in an idyllic bubble, the other an enigmatic mother-daughter duo. When their lives intersect, old secrets begin to unfurl, shaking up a quiet, suburban community.

The absorbing story, which challenges you to test the way you see race, gender, motherhood, and class, will soon be a six-part Hulu series, starring Reece Witherspoon and Kerry Washington. In the meantime, Ng is crisscrossing the country on a paperback tour for Little Fires Everywhere. She’ll be at the Mid-Continent Public Library’s Woodneath Library Center on Thursday, May 16, to discuss the book with Rainy Day Books’ Vivien Jennings. We spoke with Ng over the phone ahead of her visit.

The Pitch: You grew up in Shaker Heights, Ohio, where Little Fires Everywhere is set. Previously, you’ve compared writing about your hometown to painting a portrait of a relative. What were some of the difficulties of showing the honest sides — race, gender, and class — of your hometown?

Ng: I realized that I owe my hometown a lot, and I think it was a wonderful place to grow up because it really shaped my consciousness about a lot of these issues. But like any town, it has its blind spots, and it’s hard to acknowledge the places where it can do better — even as you’re trying to also point out, “Hey, it’s trying in a way that many other places aren’t.” Race has been a big part of the community dialogue since I moved there in 1990, which I think is really admirable. But, of course, it’s still struggling with these issues like anywhere else. So I wanted to be fair about both of those things. I didn’t want this to be sort of a caricature or a sendup, because I think there’s so many wonderful things about the town, but I also did want to be honest and not say, “Here’s the place that’s doing it right, and everyone else is doing it wrong.” And that’s a tricky line to walk as a fiction writer.

Your book is set in the Nineties, so there are some off-putting conversations about race, like a character saying, “I don’t see race.” How does that time and culture shift impact the way we see racial disparities today?

Well, one of the reasons I set the book in the Nineties is that it’s just far enough away that we can see it with some distance and can be like, “Oh yeah, we wouldn’t say that anymore” — we hope. But it’s close enough that a lot of us remember that time period, right? Many readers will have lived through it in some way, and so it’s close enough that you can still say, “Wait, that is me. I remember shopping from that catalog.” Or, you know, “I had a pager,” or whatever it was. And it makes you question how much we’ve really changed — how far we’ve come and how far we haven’t.

I’ll say also that I remember in the Nineties that “I don’t see race” was the main way that you showed your racial awareness. Now, in a lot of ways, we recognize the shortcomings of that, but I still have people coming up to me at readings to just say, “I don’t see race.” And I think: I feel like you maybe missed something along the way in reading the book.

You capture the vastness of mother-daughter relationships and female relationships in their many forms. What do you hope that women see in those depictions?

I hope they see some reflection of just how complicated that experience can be. I think we live in a culture that tends to both idealize motherhood — it sort of almost fetishizes it in this way of like, “Oh, it’s so important, and it should be so all-encompassing, and it’s so beautiful.” And it is — it’s all of those things, but at the same time that trivializes the hard sides of it and how complicated balancing motherhood and all the other aspects of your life can be. I wanted there to be space for showing how many sorts of different relationships you can have to motherhood. That it can be very fraught. You know, parts of it are great, but parts of it can be complicated. Some people choose not to have it, and some people would like to be mothers but don’t get to. I just wanted to show a more complicated side of motherhood than we usually get to see in literature.

Why do you feel that female relationships are important to write about now?

I think it has always been important to talk about these stories, because we are talking about basically half of the world, right? And yet for a long time and even now, we tend to dismiss stories that are about family or domesticity or about motherhood, particularly if they’re written by women, as being less-than. That they’re small in scope, or they’re not very important. Whereas I would make the argument that how we raise human beings to exist in the world, and how we’re shaping the next generation, is pretty important. But I think it’s even more important now because we’re really having a discussion as a culture about what the role of women is and should be. And it’s one that we’ve been having, but it’s come to a pitch now as we have people in positions of power, let’s say, who don’t seem to respect women the way that many of us would like women to be respected.

I wrote this book well before the #metoo movement and well before the Trump era, but I think that this is a moment in which we’re having to take a good, hard look at ourselves and say, “OK, if we really do believe that women are equal to men, then how do we show that? How do we show that the things that they do are as important as all the other things, like war, that we tend to write about and say are the big important novels?” I think the current political and social situation has really sort of made these conversations come right up to the top.

You’ve mentioned in previous interviews that one of your goals is to advocate for empathy — to put yourself in someone else’s shoes. Can you expand on that?

I think that empathy has sort of become a buzzword, but it is really kind of fundamental to how we exist as people. Because when we can’t imagine what it’s like to be somebody else, the kinds of experiences that we can relate to become really, really limited. And again, I think this has become something much more important in the past few years, because it does seem like there’s been a lack of empathy in our public discourse. There’s been a lot of “othering,” where there’s a lot of talk about people as if they’re not people and a difficulty in seeing yourself in someone else’s shoes. And that’s something that I’ve always been interested in myself because I’ve always felt a little bit “other” myself. I’m an ethnic minority. My parents were immigrants for a lot of my life. I had been living in places where there are not a lot of other people that look like me or have my experience. And so it’s always been sort of important to me to try and bridge that gap. And I think fiction is really good at doing that, because it’s one of the few places where you can really be immersed in somebody else’s brain. Other media do it very well, but fiction is one of those really good places where it can be done. And I don’t pretend that it can solve everything, but other people have talked about fiction and books as being sort of a safe space to encounter new ideas. And I never go into writing a book with that goal, but when I come out, I hope that’s one of the things that I’ve done — to present the reader with some new ideas or some new questions that they might not have experienced before. The book can be a place in which they encounter those and then take those things out into the real world.

Little Fires Everywhere is about to be a six-part Hulu series starring Reece Witherspoon, Kerry Washington, and now Rosemarie Dewitt. What has it been like working with these talented women who are also excited readers of your book?

Amazing. Inspiring. I mean, it sounds like such a cliché, but that’s the true answer. When I first started talking with Reese and Kerry and Lauren Neustadter, who is one of the producers at Hello Sunshine, about the possibility of adapting this, one of the things that struck me was how serious they were about reading and how much the book spoke to them. We had a conversation with each of them in which they told me which parts of the book and which scenes of the book and which characters in the book they really connected with. And I was just struck by, Oh, you really read this book. Like, you really mean this. You’re not just trying to find the next thing. You’re really readers. And that was part of why I really trust them to do right by the book.

And I think they will. It’s been a great experience because I feel like they all get the soul of the book. As they do the TV series, they’re going to adapt some things and they’re making a few tweaks here and there. And I like all of them. But it’s tweaks because a TV series is different from a novel. I feel like they’re all in keeping with the themes of the book and with the characters. I think they’re doing a great job, and I’m really excited as a TV watcher to see this come to the screen.

Everybody wants to know that, including my agent. She was very gently saying, “OK, so what are you doing? You’re on Twitter. Are you also working?”

I’m working on a couple of things. I’ve got two projects that I hope to turn into novels. I’ve been ping-ponging between them, and I’m trying to figure out which one to work on. And I’ve just gotten to the point where I’m starting to talk with my agent about them. So, I’m about to go on book tour for a month, but then I’m taking this summer just to write. I’m not doing any events, and so hopefully I will be able to make some progress on one of these two projects and get closer to another book.

Any plans in Kansas City while you’re in town?