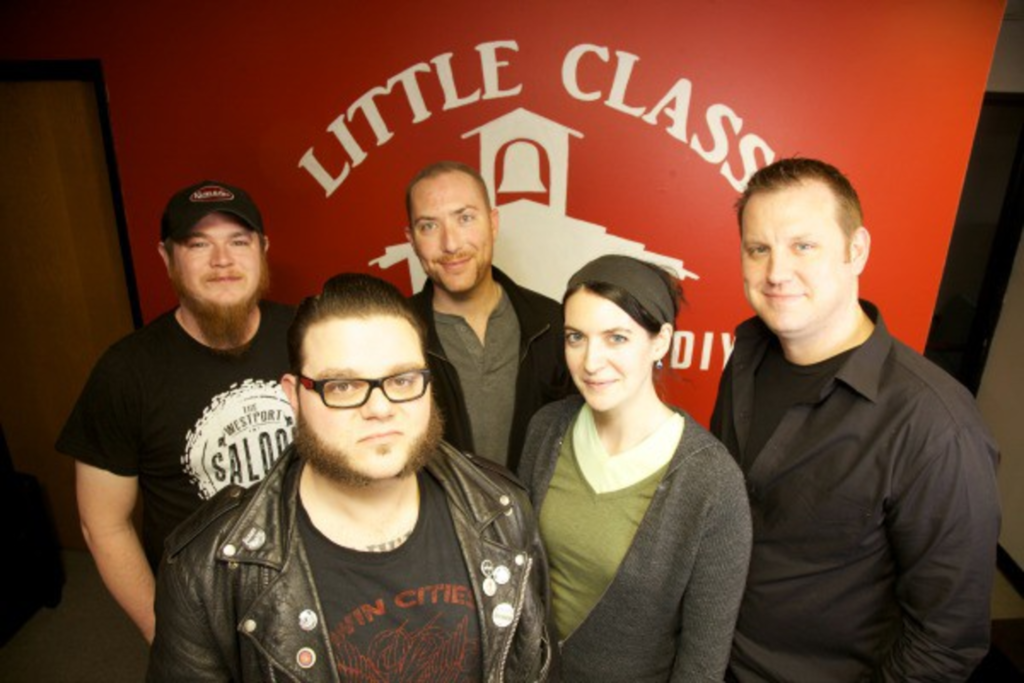 Local roots and rockabilly music dreams come one step closer to becoming realized with the addition of a physical incarnation of Westport’s Little Class Records to the KC sound scene, opening this weekend. The label’s new spot – above Westport Saloon at 4112 Pennsylvania – gives LCR the opportunity to showcase acts onstage downstairs.

“The two most exciting things about our new location are proximity to the Westport Saloon and the partnership between the label and the venue,” says Jody Hendrix, LCR’s founder and owner. He also holds the title of Entertainment Coordinator” at the Saloon. “With LCR directing all the booking and event planning there, it just made sense to build the record label in the same building.”

“We envision ourselves five years down the line, being a hub for this movement through festivals like Halfway to Winfield and the Westport Roots Festival, album production, artist support and nightly hootenannies,” Hendrix says.

This past week, Cash O’Riley from Flint, Michigan has been added to the ranks.

Little Class Record’s grand-opening celebration and ribbon-cutting ceremony is set for 6 p.m. Saturday, March 8, by the north entrance of Westport Saloon adjacent to the parking lot.

“The location is great, but honestly, the real driving force is the dedicated people who call LCR a passion. Without the group of folks who are involved, this location would be useless,” Hendrix says.