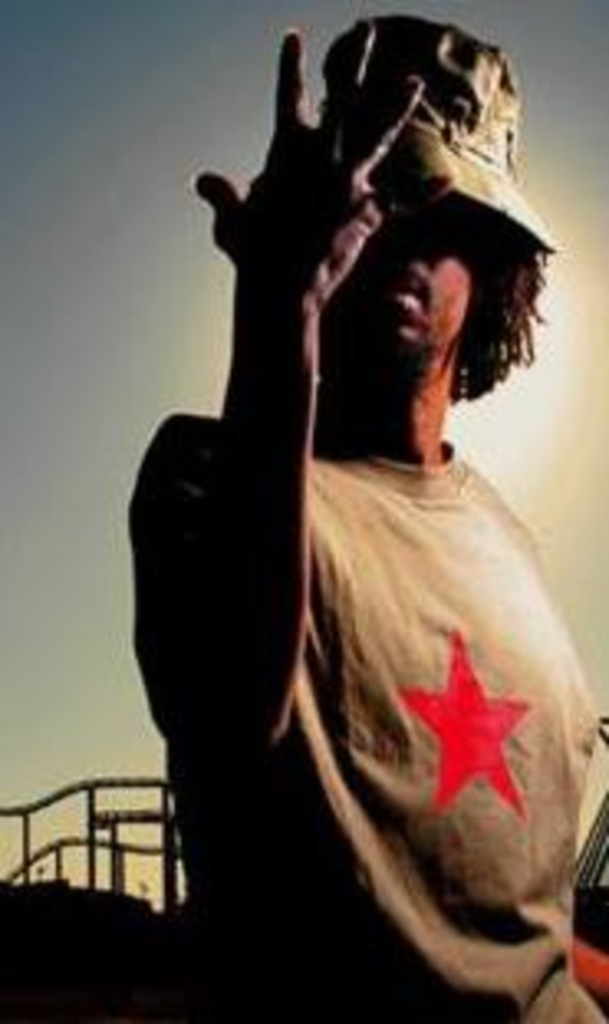 Fatlip‘s July 17 performance at the Jackpot Saloon in Lawrence was one of the hottest of the year, literally. A sweaty yellow moon hung in the sky outside as a skinny, hirsute, perspiring Fatlip, formerly of the Pharcyde, rocked the stage. He’d arrived with an MC named Omni, who said he had a headache in the middle of his opening set, and his DJ, Twist One, who should have had his microphone turned off for saying things such as, “It’s crazy in here! Like that Gnarls Barkley song!” Fatlip, who left the Pharcyde in 1997, has apparently found a new crew of outcasts to perform with.

Meanwhile, minus Fatlip and Slimkid3, remaining members Imani and Bootie Brown have kept custody of the Pharcyde name and are also touring, performing classic hits and songs from a recent release, Humboldt Beginnings.

First of all, when a group has four members, as the Pharcyde did, it’s hard for the listener to know whose verse is whose. As Fatlip recited his verses from songs on the Bizarreride II album at the Jackpot, a clearer picture of him emerged: This was the MC who was always first to diss himself, who wrote rhymes about smoking weed with children and accidentally picking up a transvestite on Crenshaw Boulevard. The crowd of mostly white KU kids yelled along with every word of every splintered song — Fatlip can only perform the pieces of the songs that he owns — but they also knew the words of two of his newer efforts, “What’s Up, Fatlip?” (from a Delicious Vinyl compilation) and “Today’s Your Day” (from his recent The Loneliest Punk).

The Friday, July 28, show at the Record Bar with Imani and Bootie Brown is our chance to hear the other two-thirds of “Passin’ Me By,” “Ya Mama,” “Pack the Pipe” and the Jay-Dee produced “Runnin’.” Had promoters from the Record Bar and the Jackpot put their heads together on this, perhaps they could have booked the Pharcyde and Fatlip on the same night and staged a surprise reunion show.

“The worst that would happen is someone would end up leaving,” Fatlip tells the Pitch from his tour van on the way to a show in Minneapolis. “But it might not be a bad idea. It’s not so much that there’s bad feelings. It’s just, we forgave but we didn’t forget…. The reality is that it can never happen again. It just can’t. The spirit that animated the whole thing is just gone…. Even if it [a reunion tour] did happen, it would be kind of sad. It would clearly not be the same. But, hey, we got those records. You can still listen to ’em, know what I mean? Why, you thinkin’ about doing that?”

(On the phone, Fatlip’s voice begins to echo. He admits that he took the cell phone into a rest-stop restroom with him. Typical for the guy who raps about the raw and embarrassing.)

Alas, nobody in Kansas City booked the Pharcyde and Fatlip together, so folks who turn out at the Record Bar to check out Imani and Bootie Brown will just have to imagine a shirtless, sweaty Fatlip onstage with them.

On second thought, better imagine him with his shirt back on.