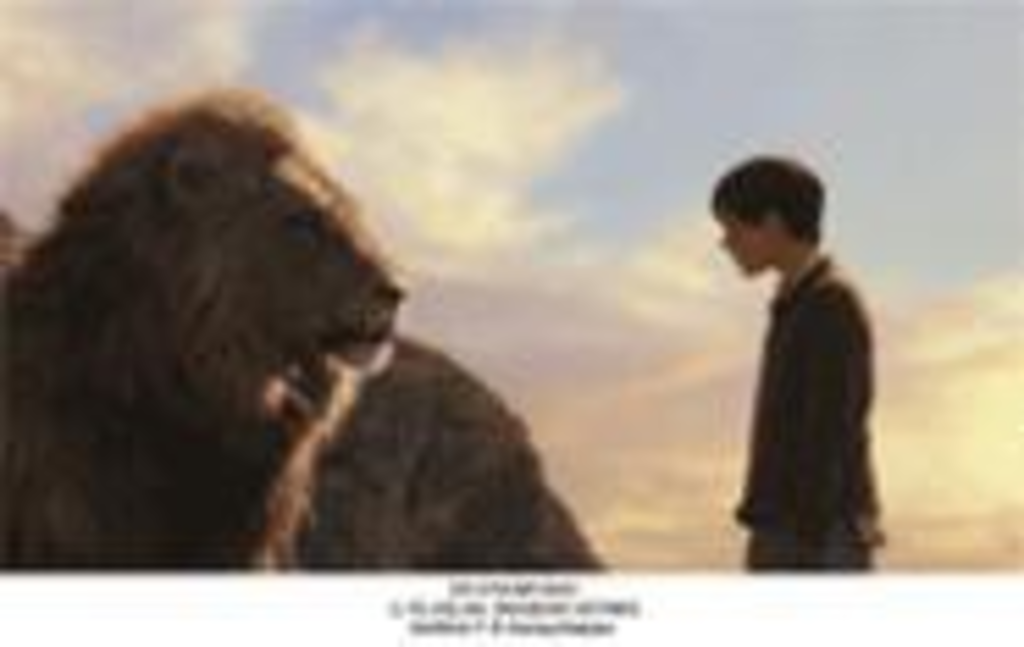 If you’re a fan of C.S. Lewis, all you need to know is this: Disney has done right by him with The Chronicles of Narnia: The Lion, the Witch and the Wardrobe. It’s impossible to imagine a better adaptation. If you’re not a fan, perhaps you’re among those who know of the book mainly thanks to the bleating of certain evangelicals, who claim that Lewis’ tales — unlike those featuring that satanic Harry Potter — bring viewers to Christ.

It’s true that there are elements of biblical allegory in here; it’s also true that Lewis’ story is a fantasy. The story is what matters; even if you must categorize Narnia as a Christian movie, it’s many times better than any overtly Christian movie in recent memory. Faith-based films such as Left Behind tend to pile on the sentimentality; Narnia does not. It even adds an opening sequence that’s darker than anything in the book, in which the four children at the center of the proceedings survive a World War II bombing raid of London. Relocated to a safer house in the country, the Pevensie children are left at loose ends most of the day. It’s during a game of hide and seek that the youngest of them, Lucy (Georgie Henley), conceals herself inside a large wardrobe.

Retreating into the stacks of fur coats, she discovers that the wardrobe has no back and leads into a wintry forest where a single lamppost stands. Here, she encounters a man-goat hybrid named Mr. Tumnus (an outstanding James McAvoy), who informs her that she has stepped into the land of Narnia, where winter has reigned for a century under the command of the evil White Witch (Tilda Swinton). But a prophecy has said that one day, four sons of Adam and daughters of Eve (uh-oh! Bible reference!) will bring an end to the tyranny.

It takes a few more trips back to the real world before the other Pevensies believe Lucy. Eventually, though, all find themselves transplanted to Narnia. But unbeknownst to Lucy and her “sensible” older siblings, Peter (William Moseley) and Susan (Anna Popplewell), their resentful brother Edmund (Skandar Keynes) has already met the White Witch — and been bribed with candy to betray his family. The only one who can save the day is Aslan, a giant magical lion with the voice of Liam Neeson (now that Charlton Heston is too infirm to be the culturally designated the Voice of God). Aslan, it is said, is on the move, and he’s bringing spring with him.

Part of Aslan’s inevitable victory involves giving up his innocent life as a sacrificial lamb for another, which is where the main religious metaphor comes in. His death and subsequent resurrection quite clearly invoke Jesus, and the way the scene is shot by director Andrew Adamson (both Shrek movies) and cinematographer Donald McAlpine (Moulin Rouge) recalls The Passion of the Christ.

If Aslan is Narnia’s Christ, though, how is it that Narnians constantly talk about Christmas, complete with an appearance by Santa (James Cosmo)? We might also ask why Aslan needs the four human kids to save Narnia. He seems to do all the work himself, so why has he waited 100 years to get around to it? Because a prophecy says so. Even in fiction, it seems, acts of God can be arbitrary.

Lewis warned against a live-action movie of Narnia, fearing that there was no way to give a talking lion the appropriate godliness. He needn’t have worried. Though the digital effects aren’t always perfect, they’re good enough, and the talking animals are convincing — particularly a Ray Winstone-voiced beaver and, of course, Aslan. The four credited screenwriters have done an excellent job of keeping the Lewis dialogue that matters, adapting the rest to sound more like real conversation than fairy tale and extending the action scenes to add more excitement and spectacle. What little of the book they haven’t managed to replicate is at least hinted at. (Why is there a lioness at the end with glasses drawn on her face? Read the book.) Adamson’s Shrek movies relied too heavily on wink-wink in-jokes, but thankfully there are none here.

The score, by Harry Gregson-Williams (Kingdom of Heaven), is as majestic as it should be, but one or two other musical notes seem a bit off — specifically the new-agey trip-hop number by Imogen Heap that opens the movie and a closing song by Alanis Morissette. They’re fine songs, but they aren’t appropriate for a film set in the ’40s. Watch the ’80s fantasy Ladyhawke, if you can bear it, to see how contemporary soundtracks can date really badly in just a few years. The big-band number played during the hide-and-seek game is exactly what was called for the rest of the time.