Durst & Co. returned to the area after eight years away, with new music and new friends. 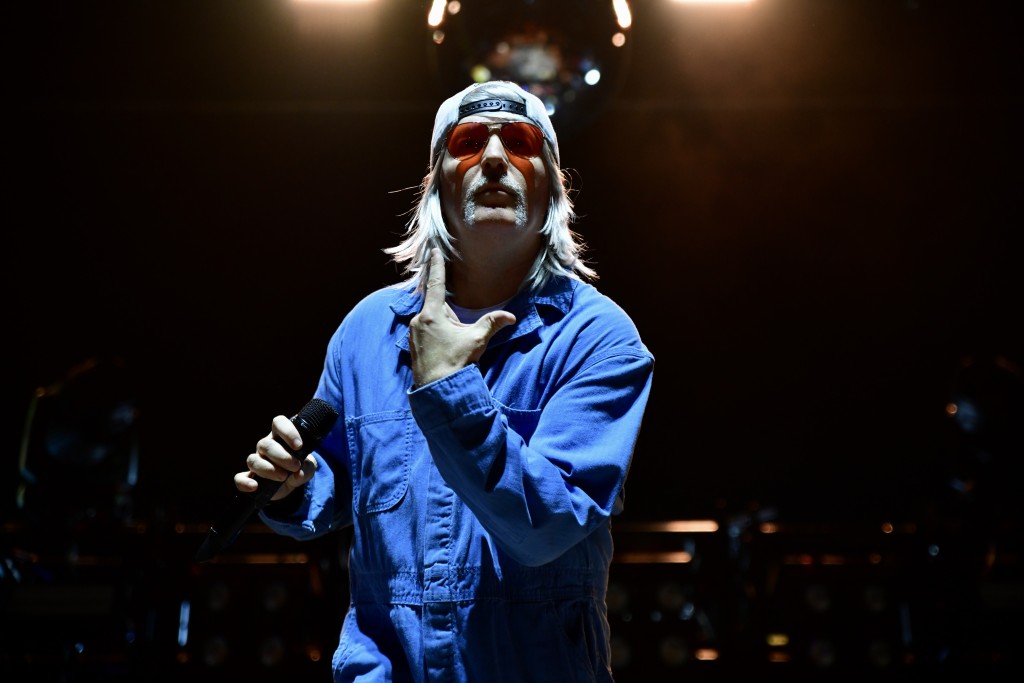 That was a big year for Bizkit. Five years after the Jacksonville, Florida band had formed, they had released their second album on Interscope Records, Significant Other, and watched it climb to the top of the charts. It was also the year of their infamous performance at Woodstock ‘99.

The band was playing sporadically by the time the ‘10s began, with members Wes Borland and DJ Lethal both leaving and returning to the group at different times.

After a decade passed without a new album—it had been eight years since the band last performed in the Kansas City metro—the nu-metal icons finally released Still Sucks this past October to some of the best reviews they’d received since Significant Other.

Though much of the new material is solid as far as Bizkit songs go, this return to critical acceptance could partially be chalked up to rock criticism turning less snobbish in the decade that since elapsed.

The album’s tongue-in-cheek title, in addition to spurring online chatter, also made for functional promo material IRL. The band deployed a local street team to stand outside of Mills Record Company earlier this month with picket signs stating “Limp Bizkit still sucks.” (At least one person on my Instagram feed posted a photo believing this street team to be actual protesters.)

With new material locked and loaded, Limp Bizkit pulled a couple more tricks out of the hat that seemed to help make this tour a success.

The band’s performances at Lollapalooza and other festivals last summer, saw Durst switching up his appearance from his tried-and-true red Yankees baseball cap to a salt-and-pepper wig, a matching horseshoe mustache, and red-tinted aviator shades. The new look coincided with Still Sucks’ first single “Dad Vibes.” Images of Durst performing in this visual realignment were immediately plastered all over Twitter. 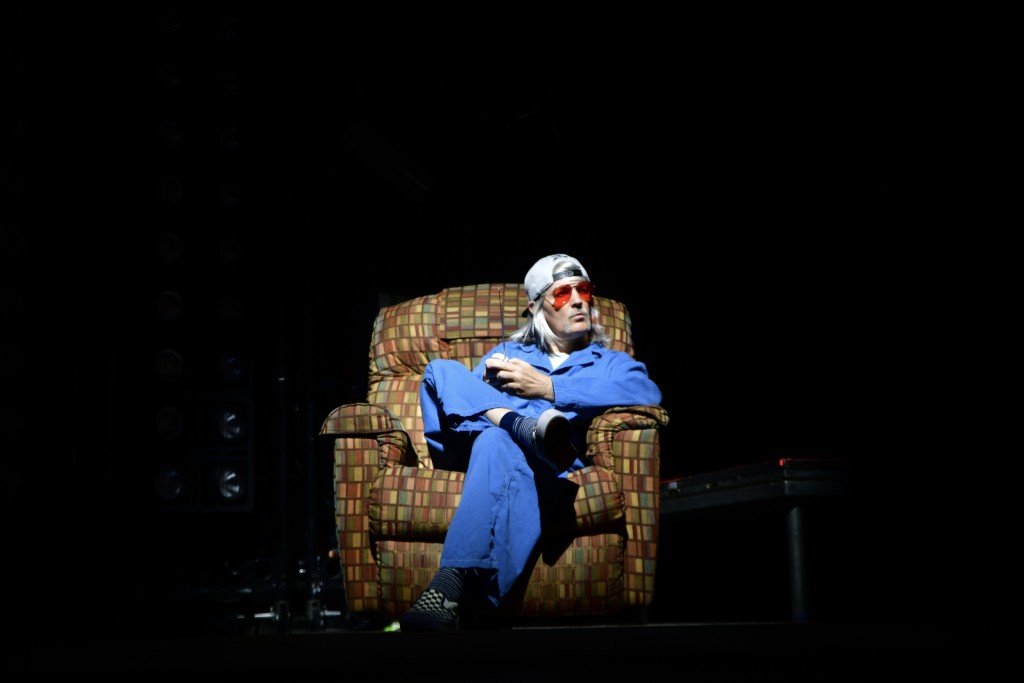 In addition to a couple older Bizkit songs with extended, chilled-out rhythm section jams, fans got a chance to catch their breath during two cheesy but wholesome covers: George Michael’s “Faith” and “Don’t Change” by INXS—as performed on the new album.

A clip of “Break Stuff” featuring @yung_grandpa69 rocking out by my side. pic.twitter.com/Rav8nKNhrO

The show was closed out with a string of highlights. There was “Nookie,” the libidinal catharsis classic. Then, “Full Nelson,” performed with the assistance of a front row fan (Scott from Joplin, Missouri) who was invited on stage to rap along with Durst. Scott didn’t miss a word and had a commendable amount of stage presence.

Forgoing the kayfabe of a stage exit before an encore, all of the house lights came on and all of the tour’s opening acts returned to the stage as Saturday Night Live-style saxophone music was played over the PA.

Then the band launched into the night’s final song “Break Stuff.” Beyond the band sounding as hard as ever, the anti-rockstar nature of the moment called to mind the image of a hardcore fest in an auditorium where fancy stage lights are not an option and all are welcome on stage. Limp Bizkit has been self-aware as long as it has existed as a band, but this felt like the band taking the step from being tongue-in-cheek goofballs to smiling champions of rock and hip-hop’s next generations. 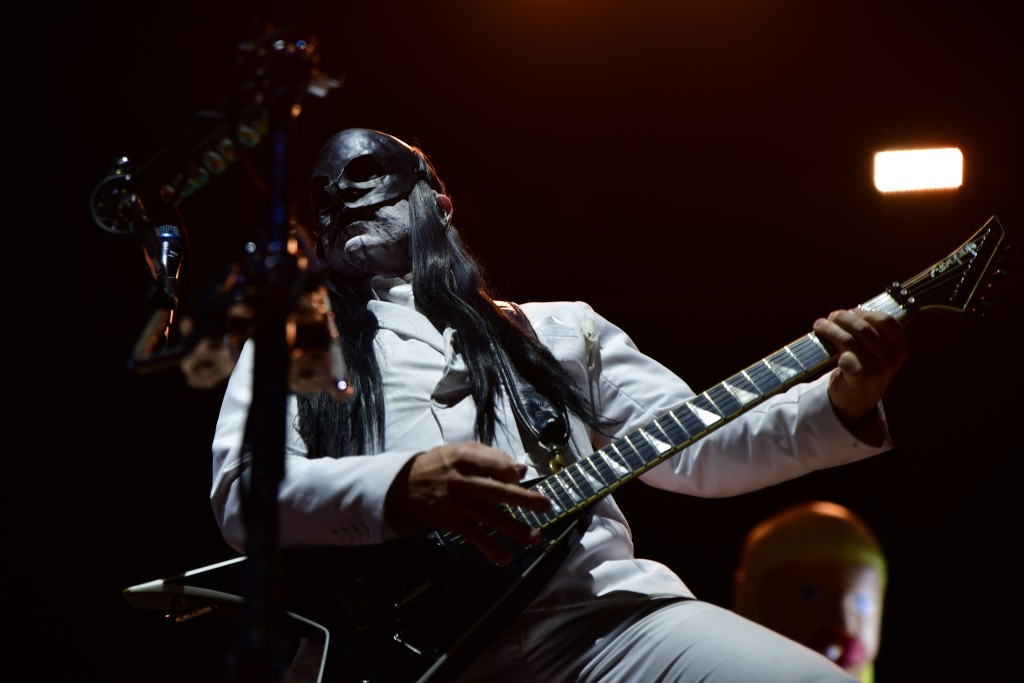 Limp Bizkit brought a collective of young, diverse opening acts with them, varying on each leg. Some in the world of metal and hardcore have been vocal the last few years about older bands needing to better support young acts, to help proliferate the genres they love. It seems that Limp Bizkit has taken this advice to heart.

Direct support this night was Minnesota rapper Yung Gravy. His 25-minute set felt rushed due to its brief nature, but Gravy’s performance was engaging enough. Fans heard his hits “1 Thot 2 Thot Red Thot Blue Thot,” “Mr. Clean” (which prominently samples “Mr. Sandman”), “Gravy Train” (which samples “Right Back Where We Started From”), and “Cheryl” (a “Baby Come Back” rework). Aside from his jocular fusion of hip-hop and the oldies, Gravy charmed fans with banter about his alleged “MILF-vision” and a quip about the combo of “Bizkits and Gravy.”

Preceding Gravy was the Portland metalcore band Dying Wish. Though slightly more adjacent to capital-H hardcore than some of their peers, the band played a 20-minute set of sturdy but relatively standard Warped Tour-era metalcore. Emma Boster gave a dynamic performance, jumping between clean and screamed vocals as their band shifted from verse to chorus to double-kick-pedal breakdown.

The show was kicked off at 7:30 p.m. by London duo Wargasm. Formed in 2018, Sam Matlock and Milkie Way have been crafting songs that combine elements from hip-hop, metal, punk, and electronic music. As disorderly as this may sound, some songs hit with the audience and resulted in a set more effective than most bands opening a four-act gig. Highlights included a cover of N.E.R.D.’s “Lapdance”—a guest verse included the entertaining bar, “It was all a dream / I used to read AP magazine”—and their riotous new single “D.R.I.L.D.O.”

Aaron Rhodes is a freelance music journalist and the editor-in-chief of Shuttlecock Music Magazine.