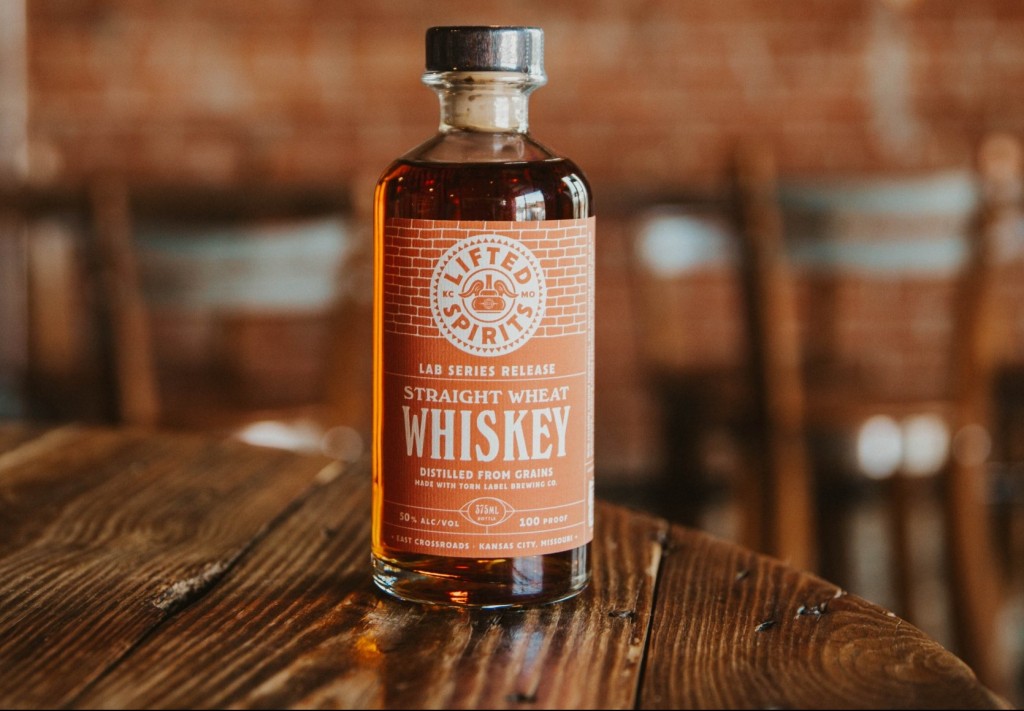 Four hundred bottles of the Straight Wheat Whiskey—which “balances hops and bitterness with the rich, sweet notes of malted dark chocolate, toffee and fig”—will be available for purchase starting December 8.

Torn Label and Lifted Spirits began collaborating in 2016, and intend to continue to do so in the future.

“This partnership with Torn Label is a unique collaboration that demonstrates the creative, artistic nature of the East Crossroads and the exciting development that’s happening there,” Lifted Spirits CEO Michael Stuckey says. “Kansas City’s artists and artisans are making high-quality products that really highlight what creativity and cooperation bring to artistic expression.”

Likewise, Torn Label co-founder Travis Moore described the decision to work with Lifted Spirits on multiple projects as “a no-brainer.”

“We both gravitated toward something dark with a solid base malt profile for whiskey making. With both our fondness for wheated whiskeys, the 50% wheat base on Torn Label’s flagship House Brew coffee stout just made sense,” Moore says.

“We’re thrilled to see this project finally come to fruition after a long maturation period that really delivers the whiskey experience we’re both looking for.”