Liam Kazar bounces from music to cooking and back again 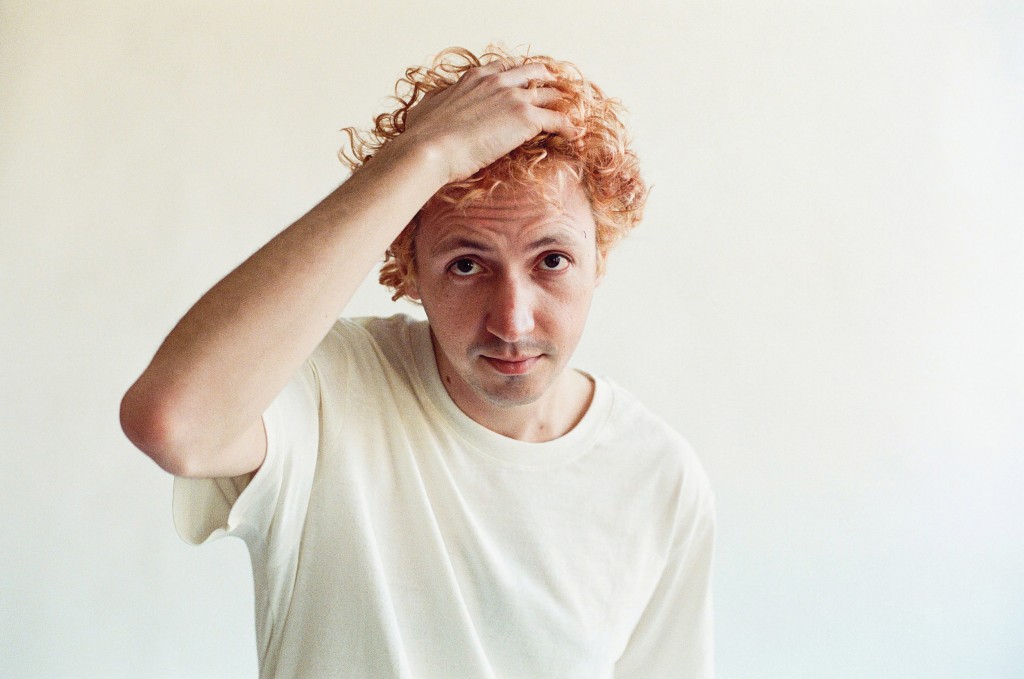 Liam Kazar in his element. // Photo by Alexa Viscius

Musician Liam Kazar’s career began in Chicago, but in recent years, he’s been based out of Kansas City. This month, his first-ever solo album, Due North, is out on Mare Records—a Kevin Morby-run imprint of Woodsist Records.

It comes after a decade of touring and collaborating with top-tier musicians like Jeff Tweedy, Chance the Rapper, and Daniel Johnston. The ten songs on the album have the danceable ebullience of mid-career Talking Heads or David Byrne’s American Utopia tour, along with the collaborative flair of Jeff Lynne during his time with the Traveling Wilburys. This sound is thanks to help from drummer Spencer Tweedy, bassist Lane Beckstrom, keyboardist Dave Curtin, co-producer James Elkington on pedal steel, and Ohmme and Andrew Sa on backing vocals.

During the COVID-19 pandemic, Kazar started a pop-up restaurant called Isfahan, despite having no professional culinary experience. Isfahan pays tribute to the Armenian food on which the musician grew up, while also donating money earned from each pop-up to a local charity. It’s a wild ride, and I was excited to discuss all of this when I spoke with Kazar while he was in Mount Tremper, New York, near Woodstock. He was there working on an Isfahan pop-up.

The Pitch: I imagine that it must be weird now that you can get on the road and go do stuff after this, given that Isfahan was born out of the fact that you couldn’t go anywhere.

Liam Kazar: The whole thing has been weird. This was not supposed to be a whole life-rearranging thing. It was just supposed to be something fun to keep me busy while I wasn’t doing anything. Then it turned into a full-on job that I’m managing in tandem with my music job—which is great, ‘cause I was doing nothing last year. My partner was like, “How about you do something? Just do something.”

Going on the road seems like it’s going to happen, and I’ll be happy when that does. This thing isn’t a brick-and-mortar situation, so I can pick it up and put it down when I need to.

Going from music to saying, “I’m going to start a pop-up restaurant”—was that born out of restaurant work you’ve done in the past?

No, I’ve never worked in a commercial kitchen before this. I liked cooking and before I was going to do music, I had thought about maybe cooking for a living, but I’d never followed through with it. That was just something I was thinking about when I was a kid.

I worked on music at the beginning of the pandemic for a while. I finished up my record. Then, when the summer came around, I was done with my record, but it wasn’t out yet. So I was at a mental stopping point with making music because I found it hard to work on music when I had all this other [unreleased material] sitting around. I sorta hatched the idea of cooking a bit more seriously in August. I spent about four months getting recipes together so that by January, I launched it.

Part of the thing about your pop-up restaurant is that you’re drawing from the food that you grew up with. That seems like a very comforting thing, which would make jumping into the culinary world a lot easier, because you know what flavors you’re going for and how the end result is supposed to be, as opposed to creating something almost from whole new cloth.

Right? It was also the fact that it was a food that’s hard to find, particularly in Kansas. I missed that food, you know? If I want dolmas like my mom would make when I was a kid—first of all, those canned ones you get are not good. I tell people about those all the time and they’re like, “Oh, really? I don’t really like those. I don’t like grape leaves.” I was like, “When you make it and you bake it and you drown it in olive oil, it’s fricking delicious.” A big part of it was just missing that food that I grew up with, and not being in Chicago where my mom could make it.

I went to Armenia with my sister about ten years ago and I was wanting to pull more out of that part of my family history. That felt more relatable than all the regional different pastas of Italy or something like that. That has nothing to do with me. 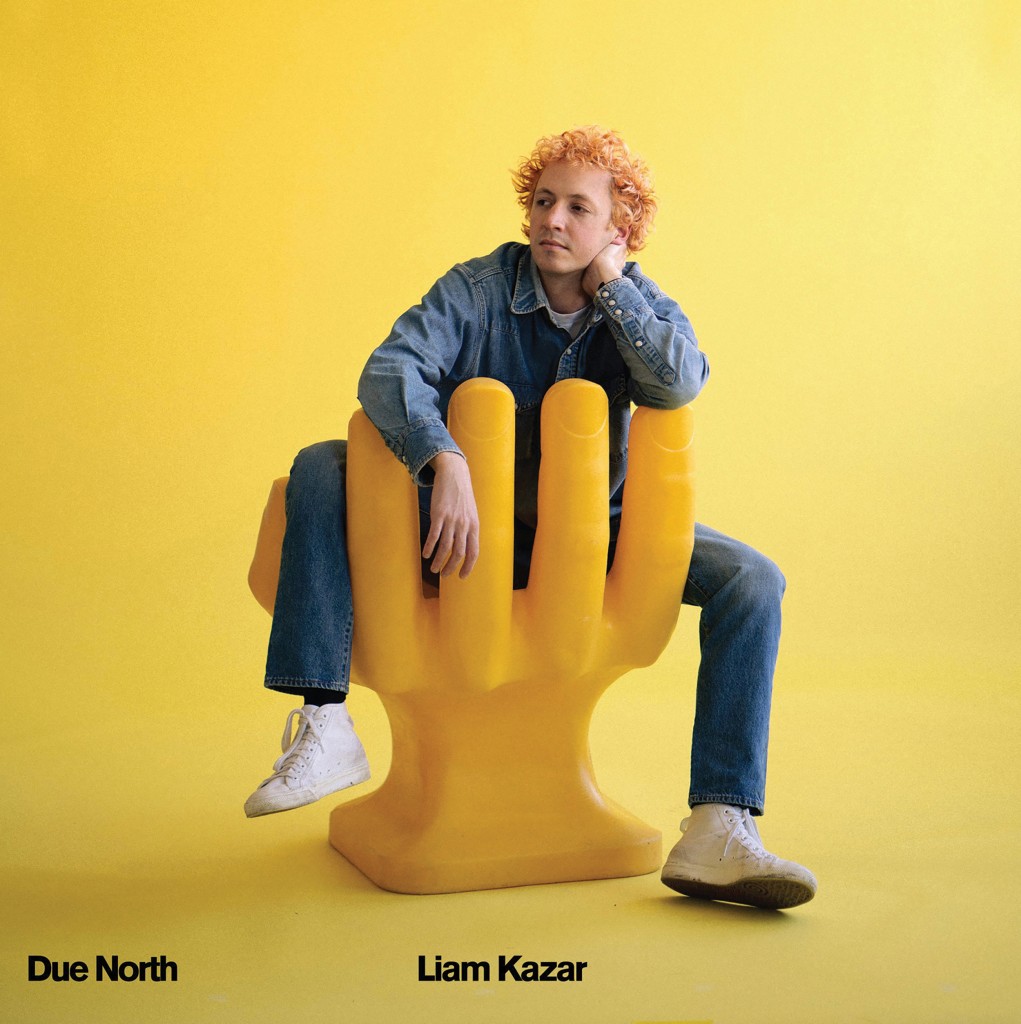 As a musician, you’ve played with all of these other artists, touring and recording. What was it like starting to record your own music after working with very well-known people?

Slow. The process was slow. I really didn’t know what I wanted to do, so it was a lot of time spent in the studio by myself or with one other person where I could prevent things from getting away from me too quickly. When you get six musicians into a studio and the clock is ticking, then you just start making decisions and people do their own thing.

If you’re not certain about what you want—which I wasn’t, when I was making this record—you can lose whatever aesthetic thing you’re trying to do. But if I’m working with somebody one-on-one and slowly accumulating the song the way I hear it in my head, I can sort of keep tabs on what we’re going for and what we’re doing.

Plus, I’m just a total Luddite and don’t know how to engineer my music that well, so the process was slow but I’m happy for it because it came out exactly how I wanted it. I’m really, really happy with where the record is and how everything sounds. It was a long process and James Elkington, who produced the record with me, really helped me figure out what I wanted it to sound like, so I’m happy with it.

I know that you were inspired a lot by Al Green when making Due North, but I got this sense of Traveling Wilburys’ Jeff Lynne, in that you’re making music with people you like and just letting that influence you when listening to the record.

Totally. The two words that I had in my head—with everything that we did, with every session I had, with every time I was making a song—were “joyful” and “vulnerable.” I really wanted to make some music that felt joyful because I had sort of done the really intense songwriter thing. I was writing music like that for a while and I was like, “This doesn’t feel like me. I can’t really relate to this.”

I like jumping up and down a little bit at a show, you know? I’d rather people feel loose and fun and enjoy themselves than trying to get everyone wrapped around my finger, feeling every emotion. I’m not trying to not make an emotional connection at all. I just want people to enjoy themselves and have a good time, so I was really trying to write music that would be conducive to that.

The first two solo songs I heard from you were “Shoes Too Tight” and “On a Spanish Dune”, which you released as singles last year. When you did those, were you just wanting to make music or were you intending for this to be an album when you started recording?

I think I knew I was making a record. I always think about things in terms of records. Records are still what I listen to at home. I love records, so it’s hard for me to not think that I’m working on a record when I’m writing a song. I throw songs away a lot because I don’t think they’re good enough for the record, but I do tend to think of projects in that capacity.

That makes a lot of sense because listening to Due North, the songs are all quite different, but they sound thematically linked. Does one song influence the other?

“Shoes Too Tight” and “On a Spanish Dune” were the first two songs I made and after I made those, I was like, “Okay, that’s the north and south pole. That’s setting up what the universe is, and then we’ll fill in the space with the other songs.”

“Shoes Too Tight” is the third one on the record, but that’s where it started, and everything was in relation to those songs. There were other songs I had that I got rid of because they didn’t exist with those two songs.

You mentioned this was all completed prior to last summer, but when and where was all this recorded?

I was at my sister’s studio [Foxhall] in Chicago. My sister [Sima Cunningham] and her partner, Dorian [Gehring]—who engineered a bit of the record and plays pedal steel with me live—have a studio in Chicago and I recorded it there.

Some of it was recorded while I still lived there and then a lot of it was recorded since I moved to Kansas City. From the first tune to the last tune, it’s three years worth of recording in between touring. I moved during that time. I got rid of songs during that time, and it’s just lots of emails and an accumulation—a slow accumulation—of a record.

Are you preparing for a tour this fall?

I have a small Midwest tour in September and then we’ll see what happens in the fall. I’m definitely planning to tour a lot next year.

After touring for so long playing with other folks, what’s it like putting together a band and learning your own songs?

Well, I know what it’s like to prepare a set of someone else’s music and how much time that takes to truly internalize it. I try to make it as streamlined as possible and make it so that people can do it on their own time so that once we get together, people can just play and we can just fine-tune little things and not have to go walk through every song. I try and make it as easy as possible, because I don’t mind wasting my time, but I don’t like wasting other people’s time.

Liam Kazar’s Due North is out Friday, August 6 via Mare Records.