Letters from the week of December 31 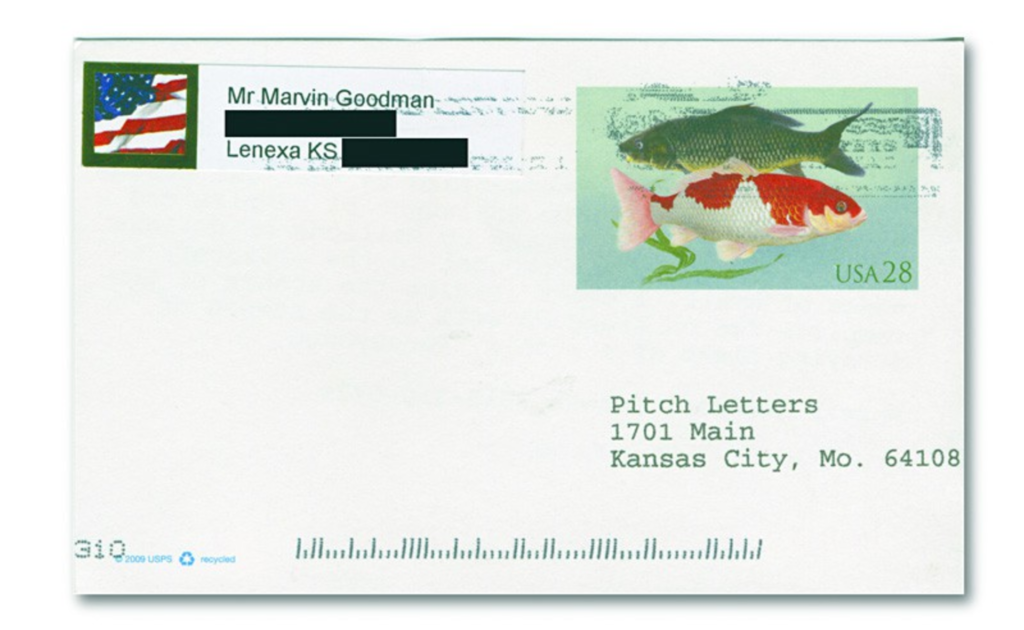 Editor’s note: Here at Pitch headquarters, we speak the name Marvin Goodman in a reverent hush. We’ve never met the Lenexa resident, but he sent us a real, stamped postcard all the same — probably dropped it into a metal box and everything. He even appears to have composed his thoughts on … a typewriter. What better way to close out 2009, we figured, than by reproducing Goodman’s old-school missive alongside a selection of messages taken from the high-tech online comments sections at pitch.com. We love mail that can be dusted for fingerprints, but we’ll take feedback any way we can get it. (See postcard below, at left.)

“Claustrophobic Center, aka Crown Center, is Kansas City’s unintended memorial to the white-flight era that created a ‘safe for white people’ oasis. Crown Center’s design purpose is to maintain the protective bubble around white suburbanites as they enter the highly securitized maze in their automobiles. There is no getting around the fact that inner-city redevelopment theory during this ‘modern’ post-civil-rights era is based on racism. Perhaps Crown Center should hire Shook, Hardy & Bacon to explore tax relief based upon this ‘memorial’ status.”
— Jennifer Mertes

“Over the years, I’ve seen Roy Orbison and Brooks & Dunn, skated with my children, been to the Irish Fest, the Pumpkin Patch, all three live theaters, and had my anniversary dinner with my wonderful wife at the American Restaurant. I also have enjoyed a beautiful Christmas setting (including the laughing Santa). I currently have a gift certificate that can indeed be redeemed at all the shops, theaters, restaurants and hotels of Crown Center. I love the place. Seems to me The Pitch just likes to play Scrooge.”
— Lyle Sowers

“Maybe someone should mention that until last year, the Ice Terrace was the only outdoor rink in Kansas City. Yes, one could choose to skate on the new 10′ x 10′ ice out south, but that doesn’t really do it for me. Also, maybe how the lines and the crowds at the Ice Terrace on a Friday or Saturday night spill out into the parking lots? The Ice Terrace is one of the most reasonably priced places in Kansas City to ice-skate. There are no sessions that limit skate time or times when the rink closes for figure skaters or hockey teams. If it wasn’t for the Ice Terrace at Crown Center, I probably never would have learned to hockey stop because every other rink in Kansas City is expensive and at least a 20-minute drive from my midtown home.”
— AT

“Great story. It’s funny that when a reporter, who clearly still has certain political views, decides to take the high ground instead of a biased smear piece, we learn that much more about what drives someone on a different political spectrum. And we must all remember that although the passions that drive pundits on either side of the aisle are very real, the reality is that in this country, in this media, for this audience, it is a great big game that they have to play to get their ideas across.

I used to think Jaye was just hateful and narrow-minded (and I’m a moderate with right leanings who loves The Pitch but rolls his eyes at most of the opinion pieces). But so much of the things she does to piss me and other listeners off is part of that game to get past the feel-good BS and into the meat of heated debates. And I can honestly say that as angry as she’s made me, I’ve never changed the station in anger. Maybe that means that, as stupid as the game may seem, it keeps people engaged. That we can all agree on.”

“That was a pretty good article. It was fair and honest. I like to listen to Darla occasionally and I read The Pitch online a lot, also. Nice balance.”
— Charles Waldrop

“I am the guy who gave Darla that job in Huntsville, Alabama. Darla thought that we gave her the job because of the vote in the poll. We actually liked the people who voted against her. If people had strong feelings, we loved it. Darla got the job because she had talent. We did not care that she was a woman. That had nothing to do with it. We were in Alabama; we were progressive. I am not joking here. We were ahead of the curve. Darla has it.”

“Damn, if someone had told me today that I’d read an inspiring interview with a teabagger, I would’ve walloped them upside the head with my hammer and sickle. Great job, Pitch, at transcending labels to get to the heart of what matters.”

“To be perfectly honest, I’m happy to have exchanged the glamour and elegance of 60 years ago for a city where I can wear my soiled Chiefs sweatpants and belly up to the counter of any store in town, no questions asked.”
— OldThingsAreDumb