Letters from the week of August 5 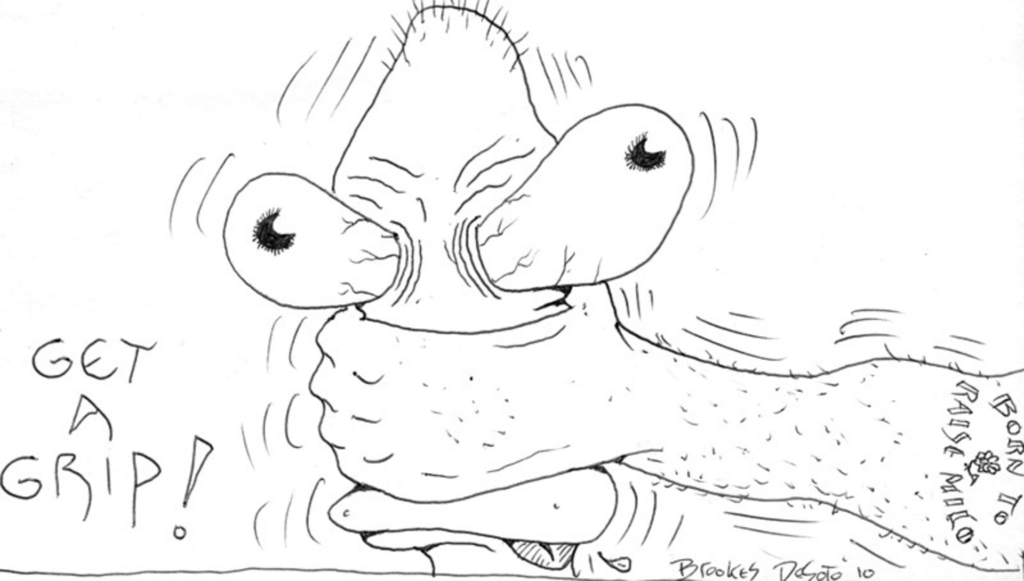 Thanks, big time, for the walk down sweet memory lane from 30 years ago. Turns out “Warren” and I have a lot in common. I had a pen name, too: “Brookes DeSoto.” I worked for records (I replaced my entire Beatles collection), and I had a hell of a time doing a comic strip whenever I felt like it. I was with the Westport Trucker (I lived in the house) till that went away, and it was nice to do it again for another ragtag rag with an attitude. (Whenever I drew an ad for Baber’s Classic Cup, I got paid in cold boiled shrimp and Chivas Regal.) One beef, though — I really miss Tom the Dancing Bug and The City.

Over the Hill, Off the Pill

Reading the articles on the Pitch Weekly and PennyLane really brought back memories for me.

Back in the fall of 1985, I had just left my job and went into PennyLane to check out new albums (yes, albums!). A guy walked up to me and asked if I wanted to enter the drawing to celebrate PennyLane’s anniversary. The winner would be chosen within the hour, and the prize was a free album each week for a whole year. I took a number, shopped around and waited until the drawing. I won!

It was really cool going in each week, seeing LeRoi and Steve, and deciding which album to choose. It came at a time when my musical tastes were evolving from just R&B and soul to Pat Benatar, Steely Dan, David Sanborn and new-age music from the Windham Hill label. I will never forget how PennyLane broadened my musical spectrum.

I am glad PennyLane is still around. And I miss seeing LeRoi, Chuck and Dwight.

Feature: “What Westboro Gets Right,” July 29

I can’t believe that the idiots at Westboro haven’t jumped (or dumped) on the fact that the word — or, in this case, name — Dio relates from the Latin for God. Not that I was all that big of a fan, just that they didn’t make something out of that. Having been raised in the Baptist church, I also can’t believe that every association of Baptist churches in existence today hasn’t disowned Westboro and sued to require it to quit calling its members “Baptists.”

Clearly the good people at The Pitch have never been to Dodge City, Kansas — or Hays or Goodland, for that matter — in the last five years. Kansas is at the forefront of the tidal wave of illegals that has already consumed most of Colorado. Cheers.

Illegal immigration is a problem. Voter fraud is a problem. Anyone who doesn’t want these things dealt with is part of the problem. This is just like any idiot who stands out in the street while police are handling a neighborhood issue and asks them, “Don’t you have anything better to do?” Later, they complain about how bad their neighborhood is because nobody ever fixes it. Way to talk to the ACLU to get a racially charged comment (of course, you did). But the only people race-baiting in any election are Democrats. This article was ridiculous, and I am again reminded why I don’t typically read The Pitch.

Instead of “The Prince of Right” you should have called it “The Price Is Right.” Kobach promotes his adventures in constitutional law in places like Hazelton, Farmers Branch, Valley Park, Fremont and the state of Arizona, while collecting enormous fees and leaving the communities to hold the bag, costing them not only hundreds of thousands of dollars in lawsuits to defend his laws but their precious reputations as well. The supposed problems he sees behind every burrito will not be solved by harsh enforcement-only tactics. I wouldn’t wish on Kansas, Missouri or any other state the grief that Arizona is, and will be, going through because of Kobach’s crusade.

Theater Writer Wanted
Do you clear your calendar for the Fringe Festival? Sing Sondheim in the shower? Quote from The Tempest on a first date? We’re looking for a freelance writer to cover Kansas City’s theater scene. What we don’t want: pretentious, academic or insidery prattle. What we do want: a distinctive voice, a strong grasp of what makes good (and bad) theater, and an intuitive sense of the local performance community. E-mail a cover letter and writing samples to scott.wilson@pitch.com. No phone calls, please.