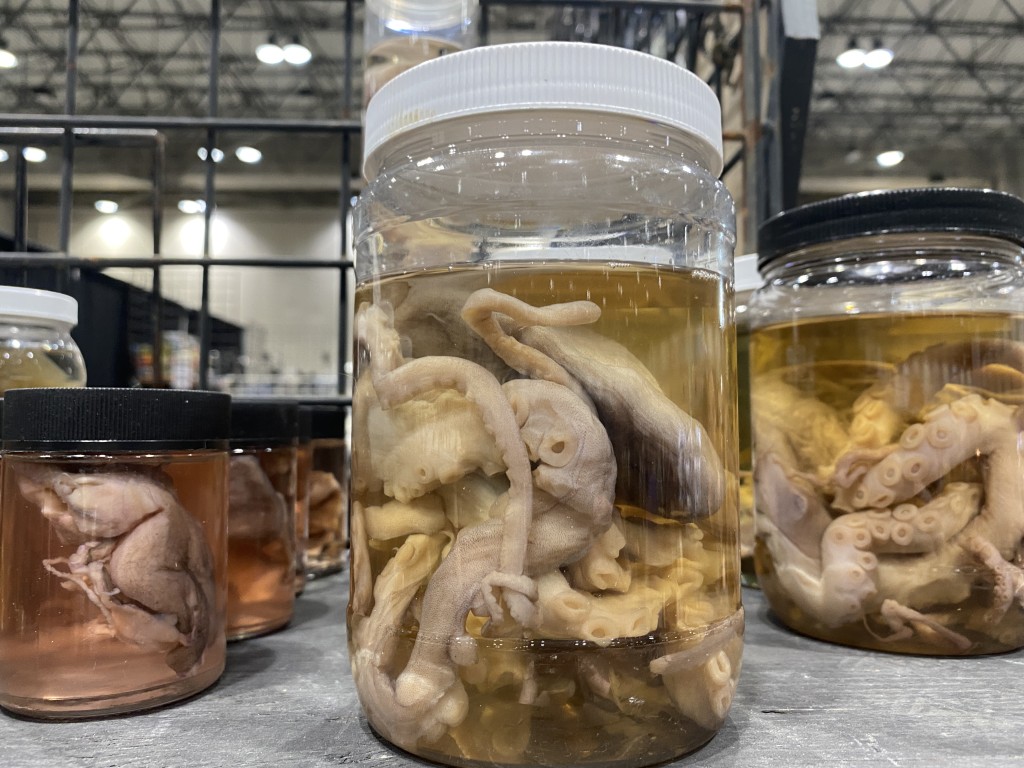 Bossities’s variety of preserved specimens are a sublime combination of ethical and stomach-turning. // Photo by Lauren Textor

Off-putting carnival music floods a well-lit hall of the Kansas City Convention Center. The room is filled with booths selling coasters, pottery, and animal bones. Witches and magick-adjacent folk stalk past in platform shoes and ripped fishnets. A line begins to form outside a museum full of mutated specimens.

No, Mr. Dark isn’t back for an encore. The Oddities and Curiosities Expo set up shop downtown June 25.

Michelle and Tony Cozzaglio have been touring the expo around the U.S. for the past five years. Their love for the unsettling fueled their desire to DIY a traveling convention.

Zachariah Messiah’s was one of many booths selling animals preserved in formaldehyde or other solutions.

“Every animal takes different chemicals,” he says. “It’s a matter of injecting and processing and waiting.” 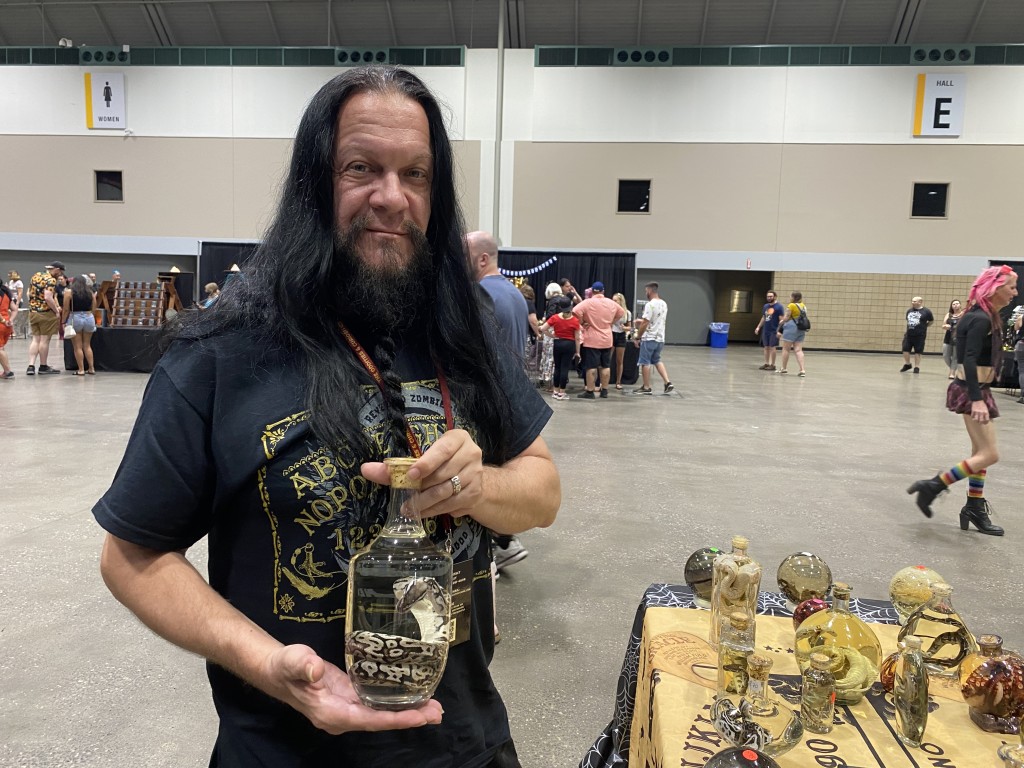 The Two-Headed Duckling Taxidermy Class offered attendees a chance to learn the trade for themselves. Its six-hour run time ensured thorough understanding of the trade—or at least an excellent introduction.

While all of the expo’s taxidermy is ethically sourced, an alternative exists for anyone who is both aesthetically inclined to taxidermy and squeamish about using real animals.

“I started in special effects, and then I retired from that and went into puppet making,” Smuder says. “We used to bring them to shows, but most people aren’t committed to performing a puppet. My wife was smart and said to make something that’s cute that you can hang on the wall.”

Menken works in a natural history museum, so the two make a perfect team.

Smuder says he and his wife visit thrift stores to source the boards for the mounts, but all of the puppets are specially made. 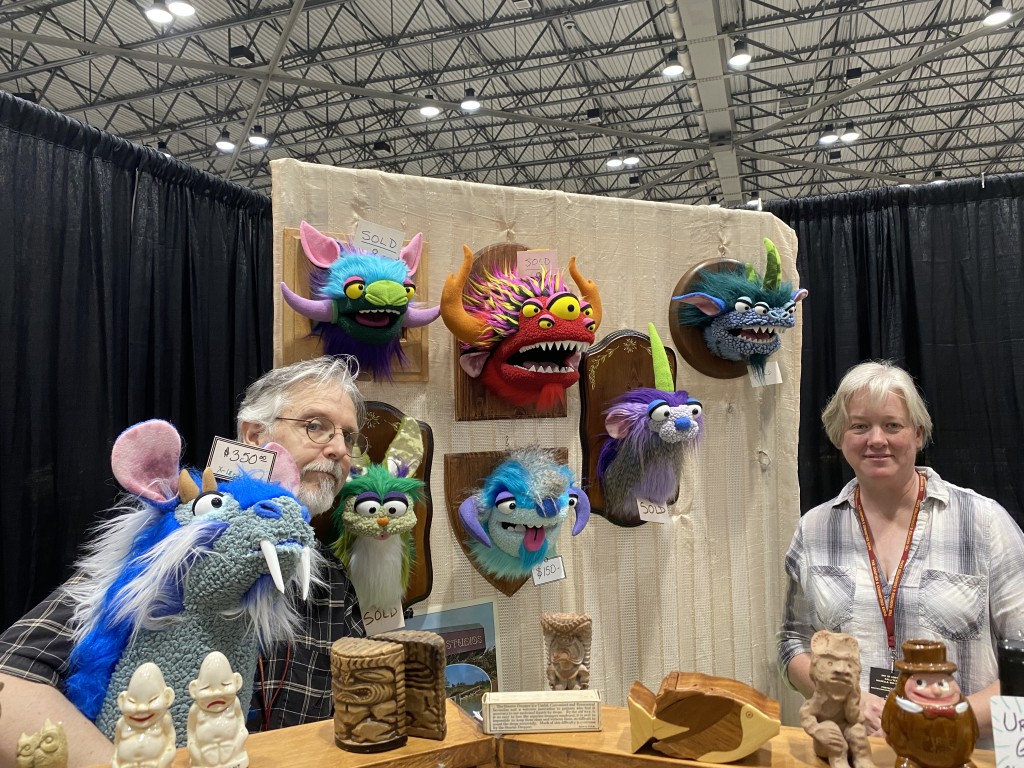 This husband-wife duo uses their combined talents in different fields to create a twist on the classic puppet. // Photo by Lauren Textor

Coble Kids Taxidermy is another vegan-friendly take on mounted animal heads. While their parents have an extensive collection of traditionally taxidermied creatures, the kids practice their skills on stuffed animals. 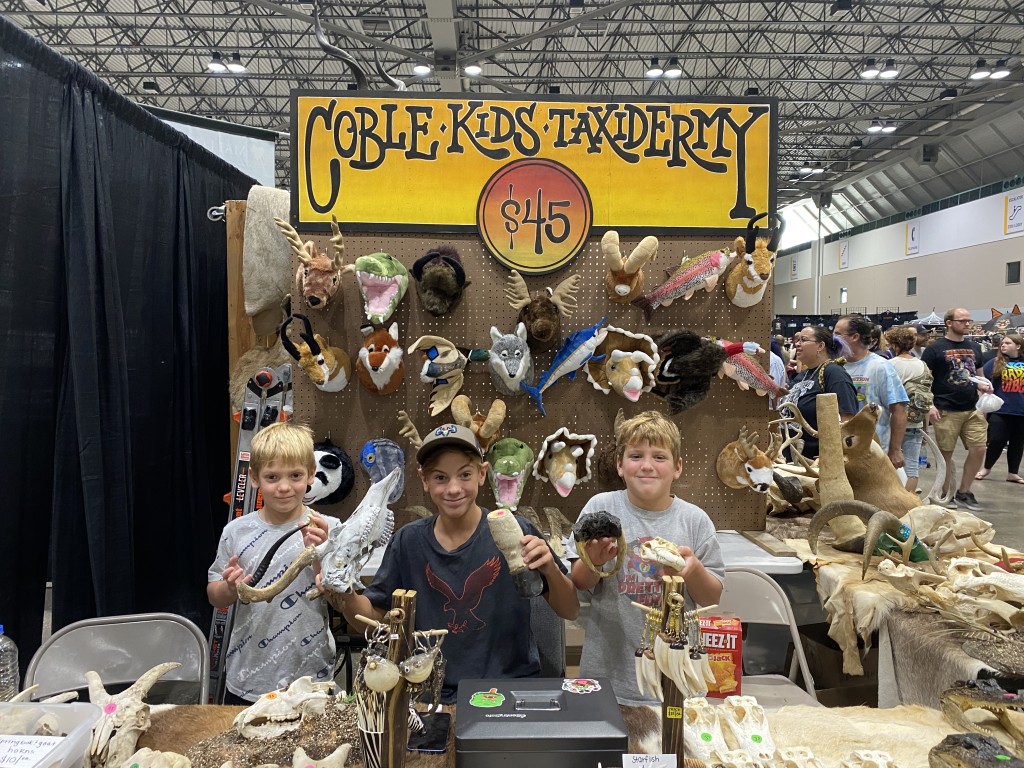 The Skeletorium advertises itself as “where natural history meets art.” Its wares caused more than one passer-by to do a double-take (and—probably—caused some bizarre nightmares of the arachnid variety). 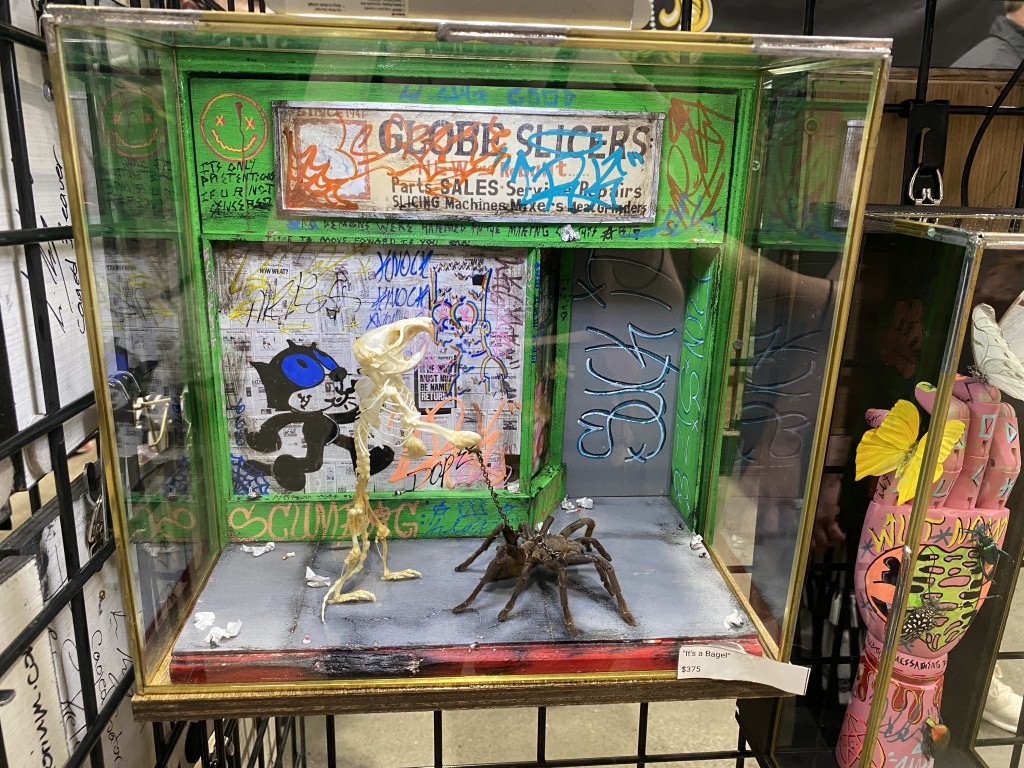 For a glimpse into the future, attendees visited Fortunate Events, which offered tarot and palm readings—with a discount for missing fingers. After all, the perfect way to close out a horror convention is to see what fresh hell awaits you.

The Oddities and Curiosities Expo ensured a more than proportionate bang for buck ratio—but also that attendees double-checked to make sure nothing uninvited followed them home.