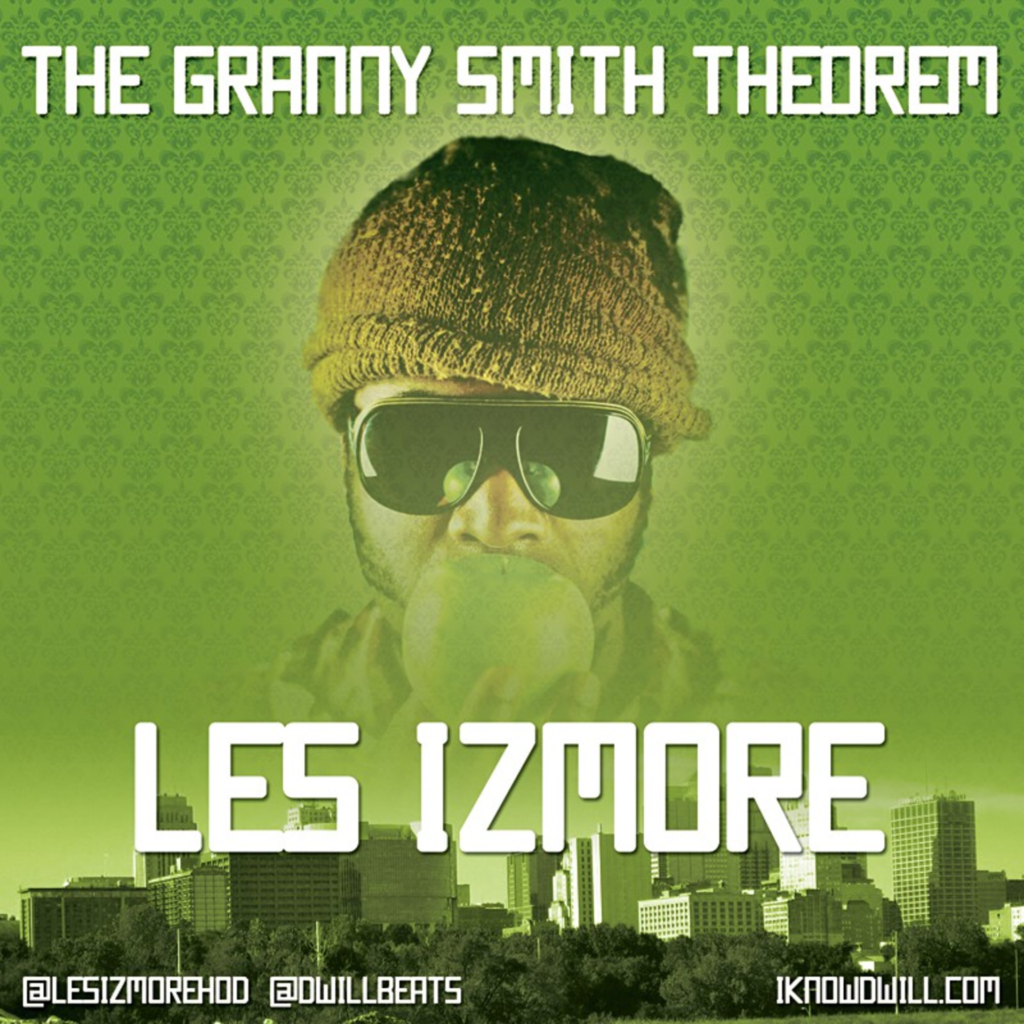 Track No. 9 on the latest album from Les Izmore and D/Will is just the Drake radio hit “The Best I Ever Had” with verses added to it that transform it into an ode to Izmore’s best girl.

“He always got a Granny Smith with him,” says D/Will, who produced the record, fittingly titled The Granny Smith Theorem. “During the summer, I’d drive down and pick him up when I was done with work, and we’d stop by QuikTrip and he’d get a green-apple Freezoni thing — you know those Slurpees they have? It was just unbelievable how he’s obsessed with anything Granny Smith. That’s what would power our studio sessions. Not like Hennessey, at other studios.”

Izmore (the vocalist best known as the frontman of zillion-piece Afro-beat act Hearts of Darkness) and D/Will (Denzel Williams) released the 12-song record this past Halloween. It’s a galaxy of highbrow vocab and street slang, with Izmore’s fighting words gripped firmly by D/Will’s seamless production, which keeps the drums dirty and the cuts crisp, weaving spoken sound bites with cascading piano loops and scratchy needle noise.

Working with Izmore was, D/Will says, “like if you put two kids in a toy store for a while and told ’em to make something out of all the toys. That’s what happened. We’re pretty close friends, of course, and he’s always over at my house. He’ll play Madden, and I’ll make beats, and then he’ll stop and write some raps, and we’ll record.”

The first track the duo recorded was “Smile,” a stand-alone single that floats on a soulful chorus by singer Cordell Mallett (aka Deuce. “Plankin on These Hoes” is a serious beat propelled by gritty 16s; the lyrics are a tongue-in-cheek nod to the “planking” phenomenon that has since given way to even goofier iterations (ahem, Tebowing?).

D/Will and Izmore’s efforts jelled the quickest in the making of “The Line,” D/Will recalls. “It’s probably one of my favorite joints on there, just one of them joints where it all just kinda happened. I honestly think we couldn’t make that song again. It’s just a soulful loop that I chopped in a couple places, and I didn’t add anything to it — no drums, nothing. Les wrote the verses in the car on the way to and from my place. He recorded it in one or two takes, just all one long verse. I liked how he did it. If you really listen to that joint, it’s all really real to him. Each little verse of it is about a different time in his life.

“At the bare bottom of all this is, we just get tired of everything (in today’s hip-hop) sounding so polished, and even though we’re going to put together a record in that vein next, it will still have a you can do it, too, feel to it,” D/Will says.