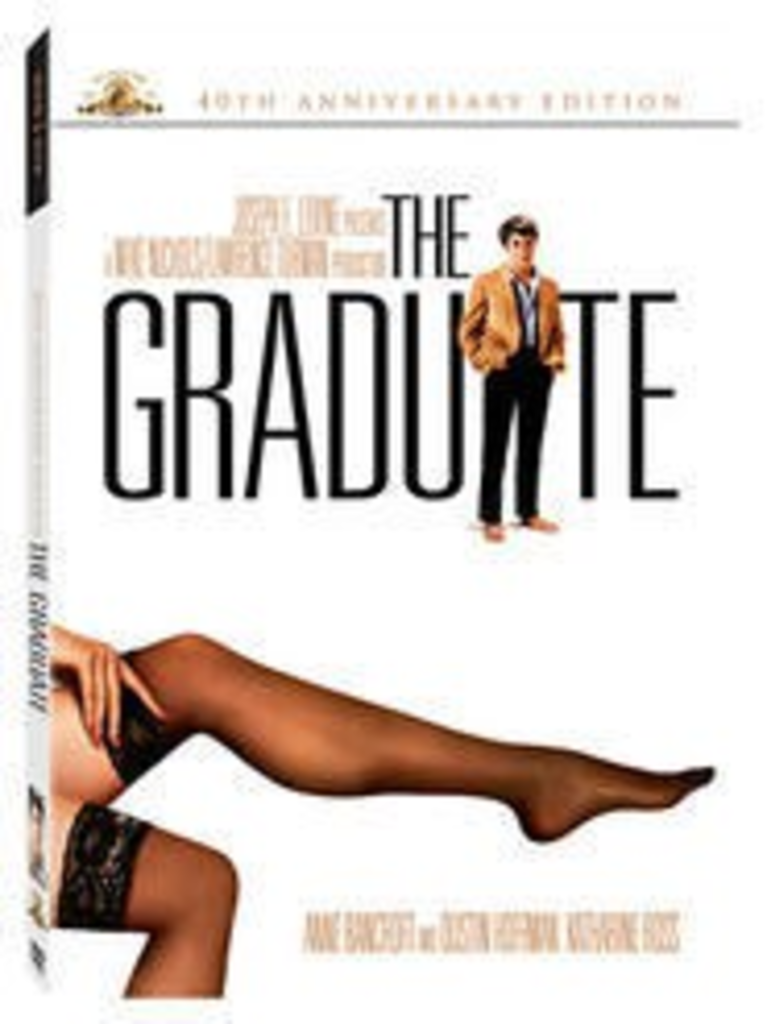 (MGM)
Fifteen years after its last home-video commemorative edition (extras from which appear here), The Graduate once more gets the bonus-laden makeover — and if ever a movie deserved its kudos, it’s Mike Nichols’ masterwork. That said, the movie is its own bonus; not since its release has an American film approached its beauty and wisdom, its style and its substance, its perfect melding of cinema’s visual possibilities and the stage’s visceral ramifications — it’s the most beautiful film to look at and listen to, despite the ugliness of its emotions not so deep down. The commentaries — one with Dustin Hoffman and Katharine Ross; another with Nichols and Steven Soderbergh — are essential, and if ever one needed reminding of the movie’s influence, the Students of the Graduate doc is happy to oblige. Among its guests are filmmakers Harold Ramis, Marc Forster, Jonathan Dayton, and Valerie Faris. But where is Wes Anderson, who owes his whole career to this one film? — Robert Wilonsky

(Lifesize Entertainment)
At the outset of this doc, two TV writers are asked whether they’ve perhaps sold out. They respond with a series of hems and haws, but the film that follows supplies a resounding yep. The story: After their desperately unfunny sitcom pilot isn’t picked up, the pair foray into reality television and succeed in selling their loathsome concept: Survivor plus fake cannibalism. American Cannibal fires some easy shots at the vapidness of TV and the phenomenon of reality stardom, but it hardly even touches on the bullshit show it revolves around. By the time the series has fallen to pieces, the movie’s in tatters too. — Jordan Harper

A Few Days in September

(Koch Lorber)
The events of 9/11 are employed boldly here — in the sense that they’re barely employed at all. Mostly, it’s a noirish road movie, as Juliette Binoche helps a stepbrother and sister meet with their secret-agent father (Nick Nolte) as a hit man chases them. Turns out Dad has information about an imminent tragedy (ahem) that’s revealed in an extremely unnecessary final shot. But Binoche is great as a sexy, laid-back Jane Bond, and John Turturro makes a game thug, if perhaps an inhumanly quirky one (phoning his therapist while on the job?!). Despite its glacial pacing, A Few Days is certainly worth a few hours. More troublesome is the movie’s liberal attitude toward incest, no more than a trivial barrier to romance. Squicky. — Jordan Harper

The Boys & Girls Guide to Getting Down

(First Look)
Here’s a strange one: an educational mockumentary made by people who ought to be the subject of an actual documentary. On the surface, Boys & Girls is a sardonic user’s guide to the L.A. scene: how to get into the right club and score the right coke. And there are laugh-out-loud moments — for one, the part about how the pecking order of bouncers is determined by the “hotdogs” of fat on the backs of their necks. But the filmmakers seem unaware of the second level of humor involved: the living, breathing Bret Easton Ellis satire that is the L.A. party scene. They don’t get that their vision of heaven — screaming drunkenly in a crowded bar in hopes of banging a dead-eyed, fake-titted moron — is, for the rest of us, quite a bit closer to hell. — Jordan Harper