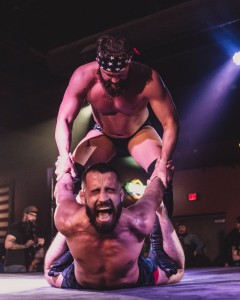 “We ended up kicking each other at the same time,” Gutierrez said, “and our shins collided, and his shin snapped in half. Then I ended up knocking him out.”

Those eight seconds set a trajectory for his future. But even before that night, Gutierrez knew he wanted to make a career out of fighting. He saw that his skills already were setting him apart – Plus, he was surrounded by men who were building their own fighting careers.

The Lee’s Summit native accumulated 20 amateur fights in a two-and-a-half-year span. He has trained with the same crew, including Glory MMA owner James Krause, since his teens. Krause said that even as a “younger kid,” Gutierrez was considered a veteran because of how long he had been training.

“He’s very composed,” Krause said. “Even though he’s younger and was much younger coming into the sport, he always had a veteran mindset. He’s very, very mentally strong.”

That mindset also has been used to lead youth classes at Glory MMA for the past eight years.

“One thing that’s cool about it is there’s jiu-jitsu tournaments for kids,” Gutierrez said. “So it makes it fun to be able to have goals to tackle and goals to accomplish and things like that. You learn a lot about adulthood just by trying to help kids every night for three-and-a-half hours.”

Shortly after he began coaching MMA, Gutierrez also started to fall back in love with another athletic endeavor – professional wrestling. A roommate got him hooked as a fan, but at the time, with a 7-3 fight record, coming off a loss, he had no dreams of stepping into that ring himself.

“I went to school with [Lee’s Summit pro wrestlers] the Riegel twins, and when they started wrestling, I had mentioned to them how interested I was in it and how I wanted to get into it,” Gutierrez said.

The combat sports athlete, with experience on “The Ultimate Fighter” in tow, had a decision to make. If he wanted to become a “world-class pro wrestler,” he knew he had to set himself apart.

“Not only do I need to bust my butt to get to a high level in pro wrestling,” Gutierrez said, “but I need to refurbish my MMA career from 7-3 and go on a streak.”

Gutierrez elevating his fighting career to elevate his wrestling career was “his niche” and a calling, according to Krause.

“His personality bleeds out in everything he does,” Krause said.

The past two and a half years, according to Gutierrez, have been a “crash course” in optimizing both careers to earn a place with WWE.

Gutierrez trained for about three to six months, making his pro wrestling debut in 2017 with the now-defunct National Wrasslin’ League in Kansas City, Mo. While he learned his new craft, he simultaneously built his MMA career to 12-3 with a five-fight win streak. Balancing the two endeavors, he said, is not easy.

“My [wrestling] training is getting booked on shows and competing in matches, and then I just go gun-ho into my MMA lifestyle and stay in there,” Gutierrez said, minutes before doors opened at Kanza Hall for a recent wrestling match with local company Journey Pro, “use everything I can from that life to help me prepare for this.”

While working as a two-sport athlete, Krause said Gutierrez trains MMA in the mornings and does his own wrestling-focused training in the evenings after coaching youth classes.

“He’s got a full schedule, but he makes it work,” Krause said.

With just a couple years of experience in the wrestling business, a match for St. Louis-based wrestling company Glory Pro caught the attention of Matt Sydal, a former WWE star and current star with Evolve, an independent wrestling promotion that has a partnership with WWE.

Sydal reached out to Gutierrez and put in “good word” with Evolve founder Gabe Sapolsky. That led to a tryout, according to Gutierrez, and then a second Evolve camp that resulted in him earning a full-time contract in August.

That accomplishment, he said, is big because he only is interested wrestling for WWE.

“I need to keep putting my feet forward,” Gutierrez said, “and not only do it with passion, but even ignite it even more because things are moving in the right direction.”

But back in Lee’s Summit, where Gutierrez still lives, his evenings are spent coaching youth jiu-jitsu classes. And they are none the wiser of how close he is to competing at the highest level of professional wrestling.

“They know I’m a professional fighter, and that’s about it,” Gutierrez said. “I’ll say things like, ‘I’m going to pull off some Rey Mysterio tonight,’ and they just think it’s MMA.”

Photos by by Chris Manning: 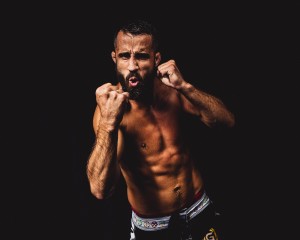 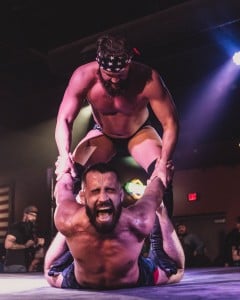 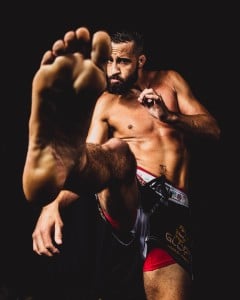 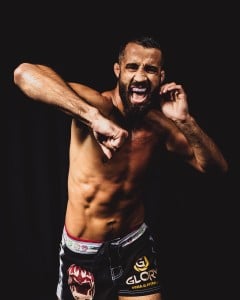 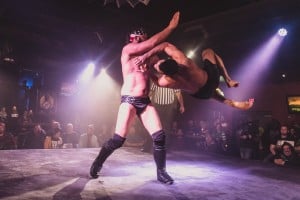 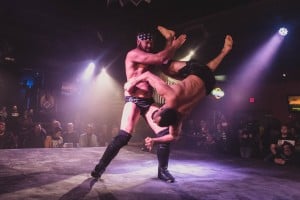