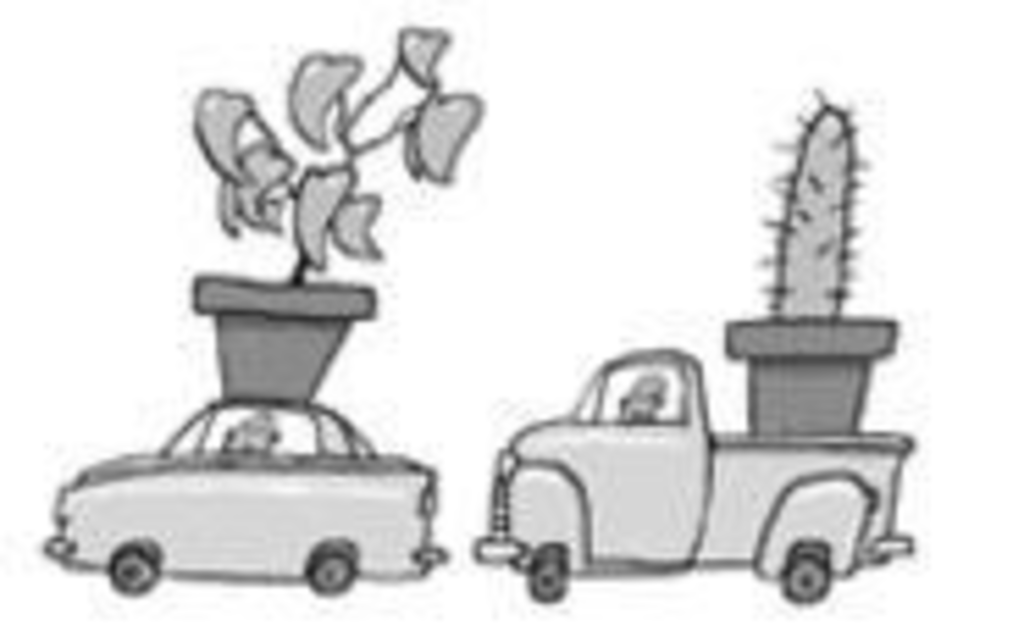 We give this sale a green thumb’s up.

9/17-9/18
Fall is famous for its kaleidoscopic leaves. Around here, it’s also the last chance to appreciate verdant plains and parkways before winter turns trees into skeletons. Some professional gardeners rotate their displays to showcase hearty yet beautiful breeds during snow season, but most green thumbs use winter to concentrate on cultivating their indoor collections. At the Fall Plant Sale at the Overland Park Arboretum (8909 West 179th Street, 913-685-3604), botanically minded browsers can stock their greenhouses — or, with a little creative construction and a heavy hand on the thermostat, prepare to turn their homes into greenhouses to fit their new fauna. Although the selection doesn’t include cuttings from the Arboretum’s rarest species (which thrive within its meticulously re-created ecosystems), it does contain hundreds of native plants, perennials and vegetables, all of which come from the Friends of the Arboretum’s special nursery. In other words, these aren’t garden-variety greens. The sale takes place from 8 a.m. to 5 p.m. Saturday and Sunday. The Arboretum is open during those hours as well, making this a rare opportunity to take in a majestic natural setting and take home a related souvenir without violating the wildlife. — Andrew Miller

Go for the Goal
Are you ready for some fútbol?

SAT 9/17
Step out of the United States, and soccer is the biggest sport in the world. So it makes sense, we guess, to merge a Kansas City Wizards game with a celebration of international culture. Friday was El Grito, Mexican Independence Day, and the party continues Saturday at Arrowhead Stadium (One Arrowhead Drive, 816-920-9300). Prior to kickoff against the Los Angeles Galaxy, the Mexican Independence Festival fills the complex with entertainment and culinary goodies. Among the live musical acts on the main stage is local band Boss Nova; there’s also a beer garden and plenty of Mexican food. And the conglomeration of vendors proves unique: buy a handcrafted box guitar or a Wizards jersey. The festival runs from 5 to 7 p.m. Admission is included with the purchase of a game ticket; prices ranges from $14 to $23. — Sarah Smarsh

You can’t just take off on a whim, you know.

SAT 9/17
We’ve never grasped the concept of packing light. We know that campers don’t want to lug 30 extra pounds of sweatshirt, flashlight, compass, first-aid kit and waterproof matches up a 12-mile, near-vertical climb. But it takes a lot to prepare for a multiday commune with nature. Learn backcountry ethics (stay on the trail as much as possible), proper sanitation practices (you know what we’re talking about), how to select a camp site (pick one at least 200 feet away from your water source) and many other things at the Sierra Club’s Backpacking 101 class Saturday. The organization requests a $5 donation for admission. E-mail paul.gross@missouri.sierraclub.org for details and to register. — Annie Fischer

FRI 9/16
Summerbrawl, the wrestling throwdown originally scheduled for August 11, promised us brutish sport in the Zone Sculpture Park (18th Street and Locust, behind Grinders). But pouring rain canceled the event. The benefit for Review magazine is back on — though now that it’s September, we’re calling it Fallbrawl. Showdowns begin at 8 p.m. Admission is $10. Call Jori Sackin at 816-769-6720. — Rebecca Braverman