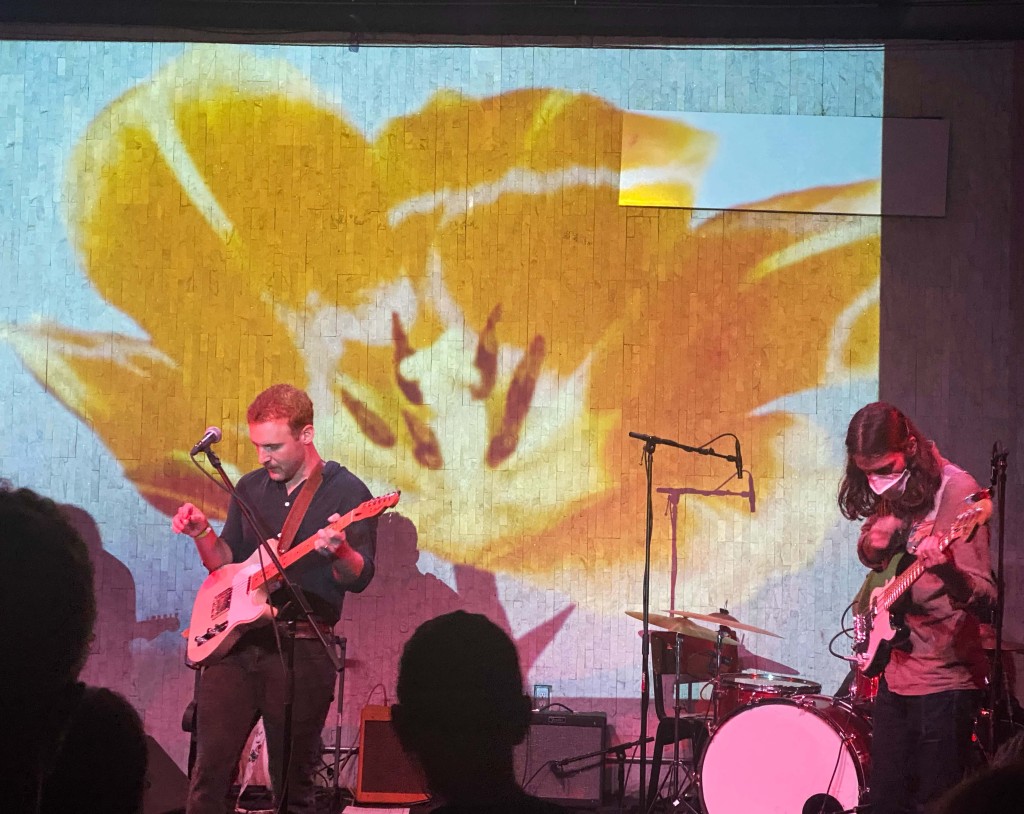 with No Magic & Mark Ronning

Album release nights are always special, and it really felt that way when Lazy Projector took the stage to celebrate its second album Future Fiction at recordBar. Joining Lazy Projector were two other local acts, Mark Ronning and No Magic. The turnout was huge, making for a really fun Kansas City affair that highlighted a cool mix of sounds coming from the city.

Opening the night was Ronning, who you might recognize from the electronic folk band Mr. Golden Sun or his dream-pop project Pool Culture. On this night Ronning took the stage solo and delivered about 25 minutes of improvised modular synth playing. Before he began, Ronning let the crowd know this would be a more ambient and relaxed experience, so he told us all not to worry too much about what was going on stage and to continue our conversations. Ronning’s time on stage sounded like he was piloting his spaceship through time, with a slow build of different layers and tempos. By the end, it sounded like Ronning was fast-forwarding through a VHS tape before gracefully coming to a close.

No Magic, fronted by Ben Sauder, came out firing with their beachy-garage-folk tunes. A personal favorite moment from their set was the performance of “Temporary Blue,” a single No Magic originally released last year. It’s a softer and slower number when you listen at home, but with the live band on stage, it packs a little more pep which was fun to see. However, it did seem that many people were still feeling pretty chatty, which was a bit annoying at times because the band had a couple of softer tracks they ran through. But even amidst crowd noise, No Magic delivered and set the stage properly for Lazy Projector.

When the band of the night came out everyone in the room seemed excited and eager, a vibe that was reciprocated on stage. Lead singer Aaron Shinn shared a few thankful words for everyone who came out and to No Magic and Ronning for joining them. You could see on his face and feel in his words how much it meant to him and the band. Then, Lazy Projector ripped right into “Hookworms” to start their set, which by no coincidence, is a total earworm. 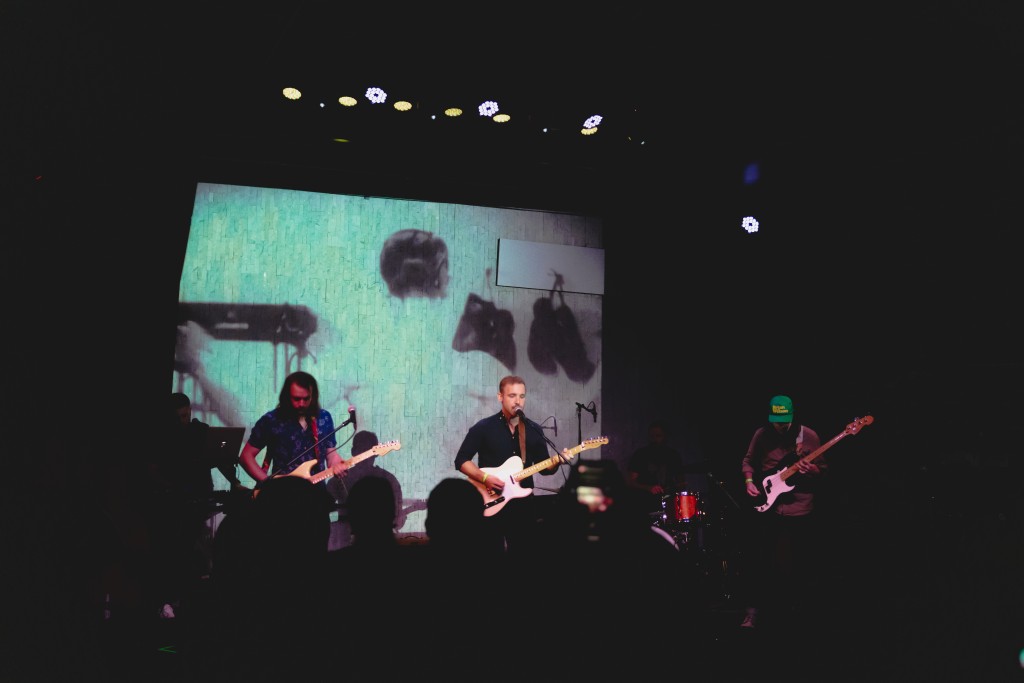 “‘Hookworms’ was the first song that we sat down and started recording, and it was meant to be kind of a guidepost for the record. It just felt right to start the set with it. It was one of those songs that we kept coming back to when listening through old demos & phone recordings. It just seemed to have the right hook and tempo to get locked in your head. It’s also fun to play live to help set the energy early,” Shinn told me over email.

Future Fiction was built out over the last couple years and it incorporates a few different styles of rock music, pulling in elements that are both folky and poppy. There was no set theme or angle going into its creation, but the final product works together as a cohesive 10-tracks. Shinn mentions Sam Cohen, Portugal, The Man, Pavo Pavo, Tame Impala and Dayglow as potential influences may have crept into the record during this period.

“We had a handful of songs that we were playing during practice and slowly adding to our shows as kind of a trial, before beginning recording this album in early 2020. The first handful of songs helped set the tone and style that we were aiming for on this album. As the recording sessions went on, we were introducing songs that kind of broke from that style to help give the record a little more depth,” he says. “Being able to take our time while recording allowed a lot more room for influences and changes in taste to trickle in. It became a fun challenge to figure out how to make this variety of songs live in one space and work together while standing on their own.”

Throughout their set Lazy Projector was playing in front of moving visual backdrops that were changing up perfectly in stride with each song. There were colorful flowers, scenes from an old school racetrack, an eerie doctor’s office and more. These visuals helped create a cool mood in the room and added another layer to the experience.

Some other highlights from the evening included “Slide” and “Call It a Name,” but my personal favorite was when the band dove into the touching “Sightseer” towards the end of the show. When this one started, the backdrop changed to show the surface of a rocking body of water, which cast this cool blue light across the stage and crowd. It felt like the perfect color for this song and was practically hypnotizing.

“My wife was going through a period where she was moving in 20 directions; with work, freelance, local groups, and trying to make time for personal ambitions. We all go through periods where we are moving in so many directions that it’s hard to slow down and be present with yourself. ‘Sightseer’ is about permitting yourself to take a break, rest, and truly be where you are,” says Shinn.

Future Fictions is an album that deserves excitement, and the release show represented that well. This was the right way to usher in a band’s second record—and Shinn agrees.

“It felt great. We spent a lot of time on this record behind closed doors, so to finally be able to bring it out and play it live was a great experience. We couldn’t be happier with the support we received and seeing so many friends and family able to make it out. We have an incredible local music community, and it always feels great to see the support. We couldn’t thank everyone enough.”