A Cole County judge already ruled against a similar lawsuit last year, concluding lawmakers hadn’t violated the constitution when they expanded a bill by adding amendments. 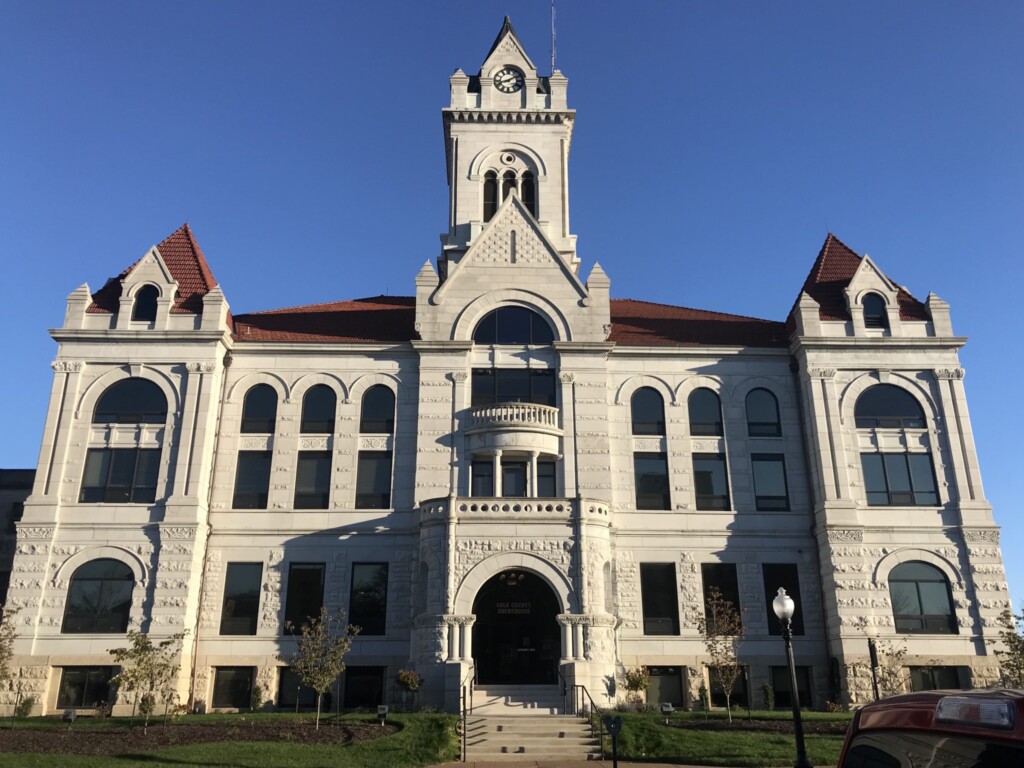 The issue of how far legislators can go when they change a bill with amendments will be debated again Tuesday afternoon in a Cole County courtroom.

Overland, a city in St. Louis County, is asking Circuit Judge Daniel Green to throw out a 2021 law used as a hammer by Attorney General Eric Schmitt in his anti-mask lawsuits against local governments and school districts.

There have been no depositions in the case, so the trial may be brief, with each side making arguments and asking Green to rule based on their presentations about the law.

Overland objects to a provision added to the bill that limits its ability to charge fees for access to public rights-of-way. The lawsuit, filed in August 2021, argues that the bill was changed too much, violating the Missouri Constitution’s provisions that a bill only contain material related to a single subject and the original purpose for which it was filed.

Green’s verdict would help determine whether Schmitt had the authority to sue over COVID-19 mask rules and how much the state can limit local regulations of concentrated animal feeding operations, or CAFOs.

Green has already ruled once on the bill, when Cedar County and five other plaintiffs challenged the bill’s regulation of CAFOs. That lawsuit also argued that the bill was changed too much and was unconstitutional.

“The bill was designed to regulate matters pertaining to local government operations,” Green wrote. “And that purpose is evident in House Bill 271’s final form…”

An appeal of Green’s ruling was heard in September by the Missouri Supreme Court, which has not issued a decision.

The version signed by Gov. Mike Parson had 49 pages and included changes to 25 chapters of state law, in 51 different sections “relating to local government.”

Those changes, Overland argues, are enough to make the entire bill, except the original portion, unconstitutional.

The provision that brought Overland to court bars local governments from charging telecommunications companies fees based on a linear-foot price to use public rights-of-way. Instead, the companies would pay a 5% tax on their gross receipts for services provided within the city.

Along with its single-subject challenge, Overland argues that the linear-foot fee prohibition violates the constitution’s restrictions on unfunded mandates to local governments and special laws by treating telecommunications companies differently than other users who pay for access.

The change will cost the city more than $100,000 a year in lost revenue, the court filing states.

That provision, along with the sections on local health orders, farm regulations, rural electric cooperatives and to make it a felony to steal a catalytic converter, all take the bill beyond its purpose of describing a local government spending database, Overland contends.

“The Missouri Supreme Court has provided repeated and increasingly frequent warnings to the General Assembly and the Governor of the impropriety of enacting similarly flawed laws,” the pleading written by attorneys Greg Dohrman and Joseph Bond states. “This bill reflects that these admonishments continue to go largely unheeded, and it once again falls to the courts to ensure the integrity of the legislative process established by the people in the Missouri Constitution.”

The response, written by then-assistant attorney general Jesus Osete, calls the arguments against the law “meritless,” noting that a judge upheld it during Schmitt’s lawsuit against the St. Louis County mask mandate. That decision was not tested by an appellate court, however, because the case was ultimately dismissed.

The title gives sufficient notice of its contents, Osete wrote.

“HB271’s title is not too broad or too narrow, and indicates in a general way the kind of legislation that was being enacted,” Osete wrote.

The challenge based on unfunded mandates and special laws pass constitutional muster, he wrote.

The constitution bars legislators from imposing new responsibilities on local governments and the bill does not do that, he wrote. It is not a special law because there is a rational basis for treating telecommunications companies differently from other right-of-way users, he wrote.

In another case involving health orders, Green found in late 2021 that local health departments do not have the power to impose disease-control rules without a vote of local elected bodies.

Schmitt used the ruling, and cited the law passed in 2021 and being challenged by Overland, to file 47 lawsuits against school districts that required students to wear masks in class to prevent the spread of COVID-19.

All the cases have been dismissed but one remains active because Lee’s Summit Schools countersued, seeking a ruling that Schmitt didn’t have the authority he claimed to challenge school district operations.

The Kansas City Star reported that the district accuses Schmitt of “bullying” school districts and his interpretation of his powers “poses a danger to the statutory balance of authority between elected state and local officials.”