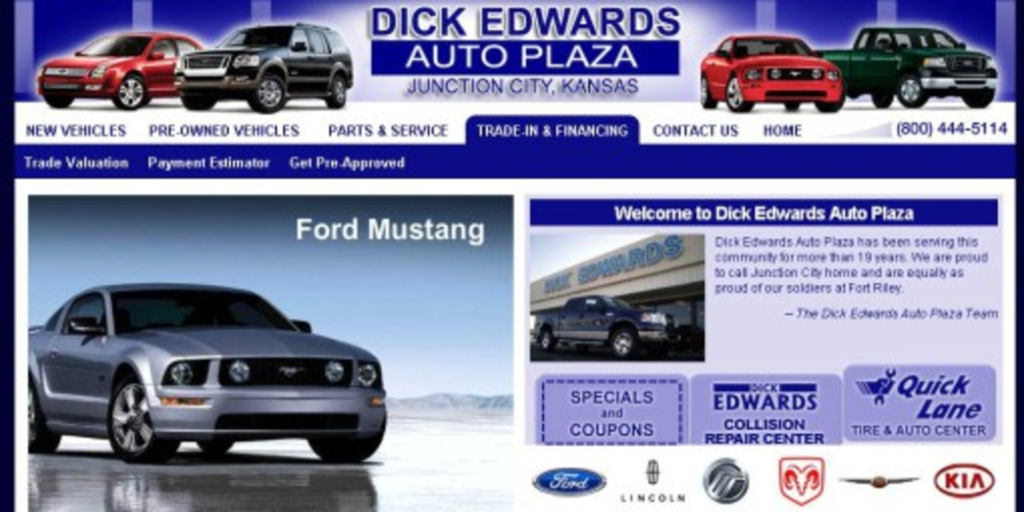 Five Fort Riley soldiers were allegedly conned into paying for “phantom options” on vehicles they bought from the Dick Edwards Auto Plaza in Junction City, Kansas, according to a lawsuit filed June 23. The Auto Plaza, which derives approximately 75 to 80 percent of its sales from military personnel, allegedly raked in a profit of $56,000 over a four-month period from soldiers who overpaid for their vehicles.

The five plaintiffs weren’t informed that they were paying extra for optional features that weren’t actually on their cars, like leather, high-end stereo systems, anti-theft

The practice, which is called “over booking” or “power booking,” isn’t uncommon in the car business, according to attorney Michael Shultz of Kaup & Shultz, a law firm based in Lawrence, Kansas.

Each of the plaintiffs bought their cars through a program known as MILES, which stands for Military Installment Loan and Educational Services, operated out of Lexington, Kentucky, by a private L.L.C. called Dealers’ Financial Services (DFS).