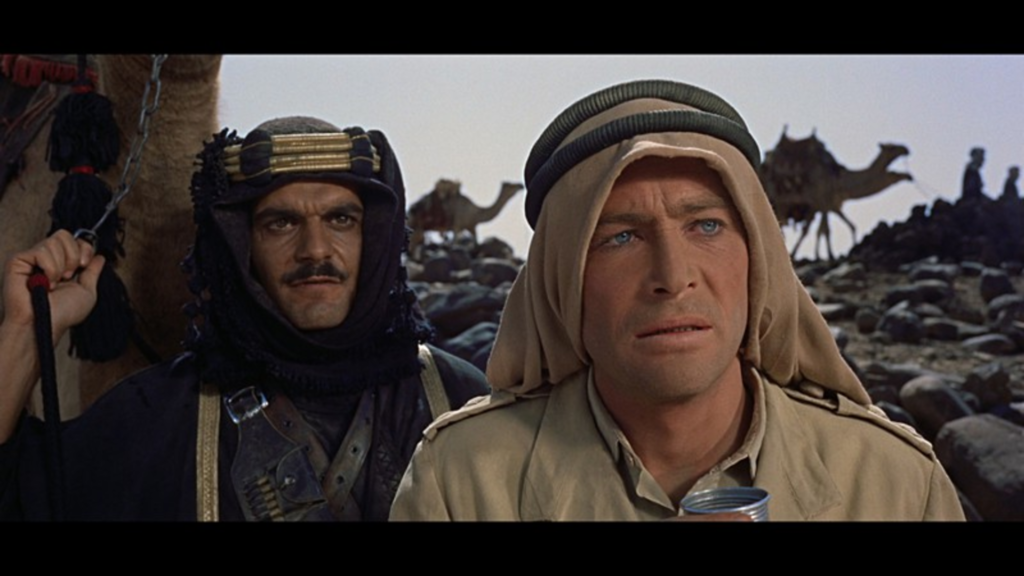 Sir David Lean didn’t create Lawrence of Arabia, his epic masterpiece, with computers and green screens. He did it all in-camera, orchestrating a literal cast of thousands and only one special effect: a little-known Irish stage actor named Peter O’Toole (above right, with Omar Sharif). Fifty years later, Lawrence of Arabia enters the digital age at last, as Sony Pictures unveils its immaculate restoration. It plays several theaters in town Thursday, October 4, as part of a one-day-only nationwide event, ahead of the movie’s November Blu-ray issue. See fathomevents.com for local places and times.