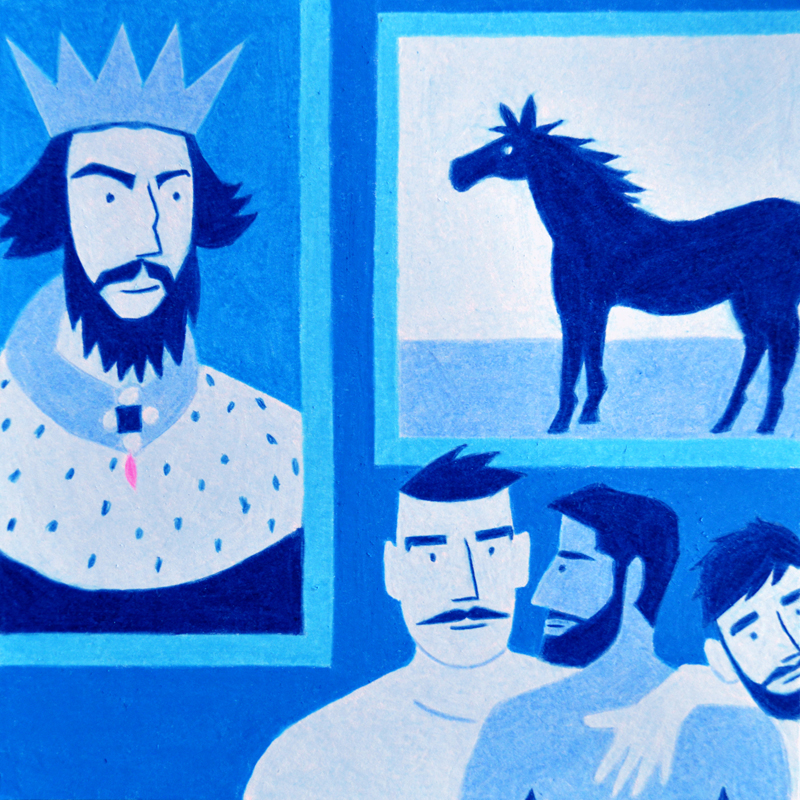 The sad new just keeps streaming out of Kansas.

Last week, I reported in this space that the state had lost its eligibility to receive funding and programs for the arts from Mid-America Arts Alliance. Gov. Sam Brownback’s budget provides only the bare minimum to keep the Kansas Creative Arts Industries Commission in existence, with less than $200,000 for the year — below the minimum for matching funds.

Now comes word that Lawrence’s identity as a nexus for arts and music is under threat.

The city’s proposed budget, courtesy of new City Manager Thomas Markus, would eliminate the director of arts and culture position. (It also would scotch the city auditor’s position, a small-business facilitator and the assistant director of finance.) The culture office belongs to Porter Arneill, who helped to shape Kansas City’s visual identity as director of its public-arts program for some 12 years, and who assumed the Lawrence job only about a year ago.

In order to prevent raising property taxes, the proposed Lawrence budget also fails to meet the library system’s requested funding. Locals are further worried about the loss of funding for the Lawrence Arts Center, particularly its children’s scholarship program. There’s still time to get involved, including a public hearing August 2 (see lawrenceks.org).

With 475 shows put on by 108 dance, performance, theater and musical groups, Kansas City’s Fringe Festival defies anyone to complain that there’s nothing to do the next few days. Elsewhere in this week’s Pitch, theater writers Liz Cook and Deborah Hirsch commend Heidi Van’s Young Black Victorian, and I’ll second their praise here. The hourlong play, at the Fishtank Theatre (1715 Wyandotte), is based on a true, little-known story of a West African girl who was “rescued” by an English ship captain, renamed Sara Forbes Bonetta and taken to Queen Victoria to be her goddaughter. Fishtank resident artist Rasheedat “Ras” Badejo brilliantly portrays the 6-year-old as she struggles to learn a new language, adapt to an entirely foreign culture and heal from violent memories.

Fringe’s visual-arts component is on view in Union Station (30 West Pershing Road), giving you a few things to look at as you move through the Grand Hall on your way downstairs to pick up tickets to shows and your Fringe Fest access button.

Beyond Fringe this week: Painter Michael Schliefke has been in love with game shows since he was a small child, and now he has created his own. Collaborating with 30 artists, Schliefke wants us to interact with the results outside the normal bounds of gallery walls. The Game Show is staged at the River Market Event Place (213 Walnut, No. 102), near the River Market North streetcar stop, and is open 6-10 p.m. July 21 and 22. Every hour (7, 8 and 9 p.m.), a live, participatory game show pops off, with contestants from the audience playing against each other and artists. The Sexy Accident is set to play original compositions inspired by 1970s game-show theme songs. For a quieter visit, head there from noon to 6 p.m. Sunday, July 23.

The Charlotte Street Foundation presents a showcase of work by its resident performing artists at the Paragraph Gallery (23 East 12th Street) July 22, starting with MacKenzie Reed, Rosemary Bloom, Blake Freeman, Mariel Reynolds and Martika from noon to 1 p.m. Reed blends the classical music of her training with heavy metal and Eastern European folk music. The shows begin again at 4:45 p.m. with Brian Padavic and EIO (Ensemble of Irreproducible Outcomes). At 5:30, Arnold Young and the RoughTet, a group of composers who combine non-Western traditional instruments with jazz and electronics, take over. Amado Espinoza goes on at 6:30, using dozens of native instruments from places such as Bolivia and Egypt. At 7:30 comes Catherinette, which is Cody Kauhl and Mikaela Sullivan, who pair found sound with the human voice. The final performance begins at 8: Joshua Williams of Shades of Jade, who fuses visual and aural sensations in his compositions.

Spartan Press (of Prospero’s Books, 1800 West 39th Street) presents its 19th Pop Poetry book, hosting a release and reading at the bookstore at 7 p.m. July 23. If You See My Ghosts Like I Do is Monique Gabrielle Salazar’s first book of poetry, and it promises to haunt. The publishers describe Salazar as a “modern woman with two spirits: male and female, ancient and present, brave and vulnerable.” The book is $10 and can be purchased (cash) at the event (upstairs) or online through Eventbrite.

Casey Hannan’s artwork is at the Bunker Center for the Arts (1014 East 19th Street) through August 30, with noon-6 p.m. gallery hours Thursday.

And this week is your last chance to take in Alone and Together: Colette & Jeff Bangert, A Retrospective. It’s at the Kansas City Artists Coalition (201 Wyandotte) from 11 a.m. to 5 p.m. Thursday and Friday.