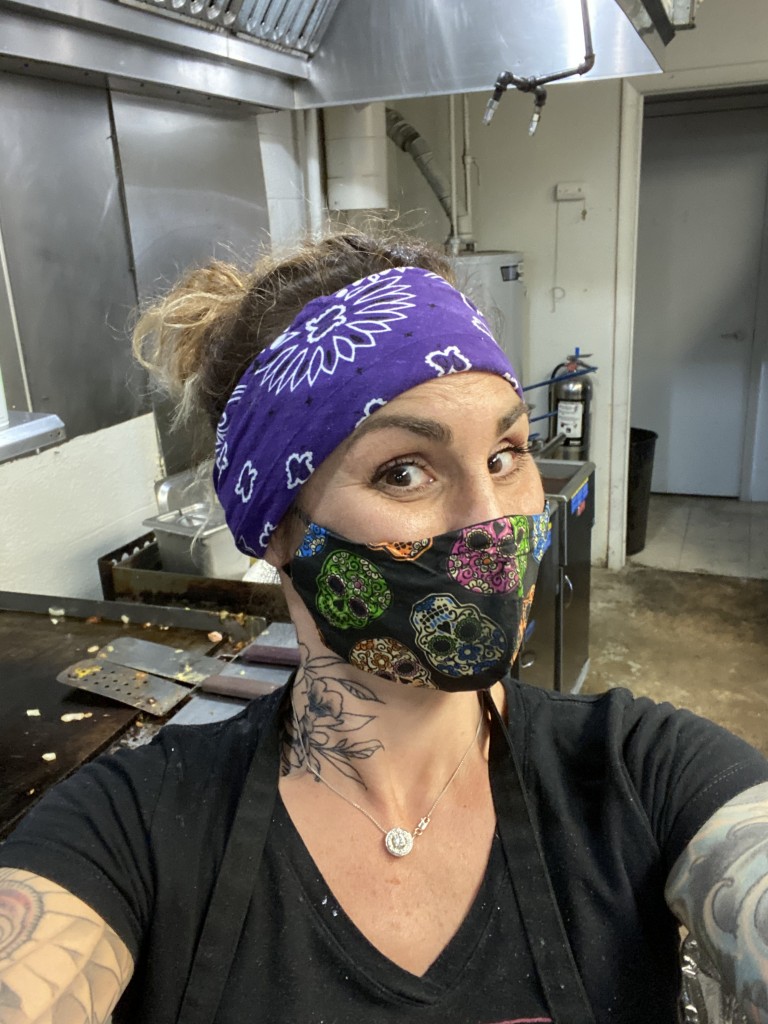 When Rachael Ulbrick thinks of donuts, she thinks of love and happiness. This fond association is part of what originally created iconic Lawrence restaurant Wake the Dead Breakfast Bar almost four years ago. When the restaurant closed its doors in the spring of 2020 due to COVID-19 regulations and Ulbrick’s breast cancer diagnosis, she was met with two reactions from the community: sadness and anger. Now Ulbrick is cancer-free and back to making donuts.

“Wake the Dead” made its return in October as a temporary pop-up, now called “Awake the Dead.” The ghost kitchen operated for three months out of the Commissary, a locally owned kitchen space that food trucks can operate out of, including owner Amber Scullery’s own Harry Potter-themed food truck. Ulbrick shares her insight on what it’s like to shift from brick and mortar restaurant to ghost kitchen in The Pitch’s Questionnaire. 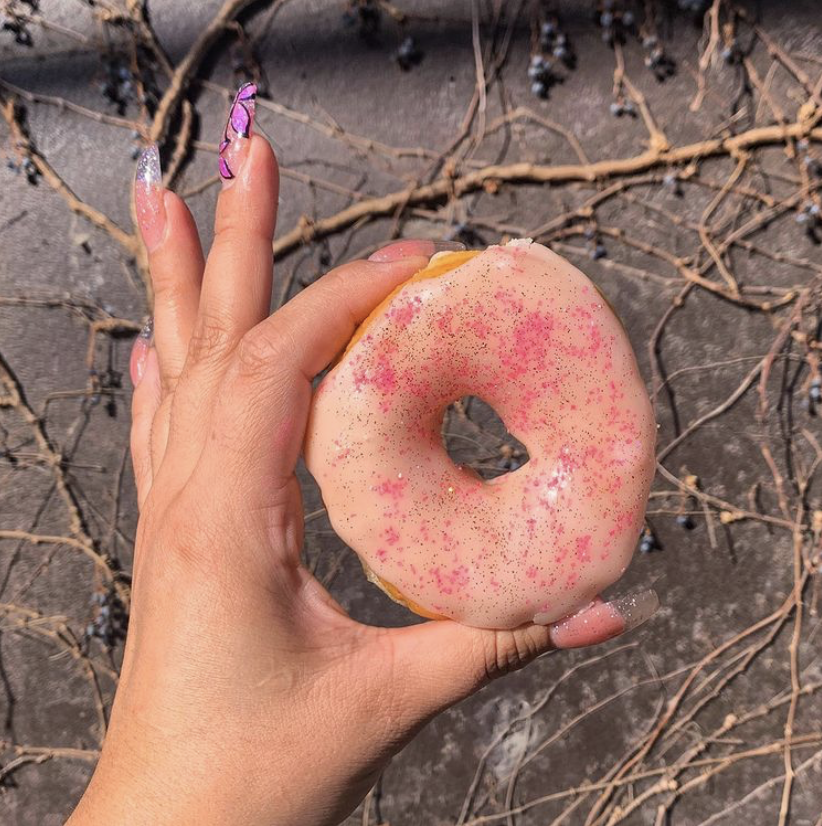 A raspberry rose donut, one of former Wake the Dead’s previous donut specials. // Image courtesy of Awake the Dead

What was the last thing you laughed at? Probably just now, when I couldn’t find my Instagram.

Best advice you’ve ever received? The sun always rises tomorrow. Don’t get hung up on today. When tomorrow comes, things will look better.

What would you tell your younger self? Don’t give up on hobbies. I was a competitive jumper and equestrian, I rode horses all the time. And then I decided that my friends were more important, so I quit. I loved it, it was something that was my Zen. I should have kept up with it.

Wake the Dead is back as Awake the Dead. What revived it? I really missed it. And I got cleared of cancer this past summer, so you know, I could do it. I had enough energy and everybody has to worry about getting sick but I didn’t have to worry about that extra part of it. Making donuts just makes me happy.

What are some of the differences you’ve noticed between operating as a ghost kitchen and as a brick and mortar restaurant? There’s a lot. Breakfast is hard. People want to sit down for breakfast. Reheating breakfast just doesn’t work. The donuts are fine, but getting breakfast, you don’t want to reheat pancakes or eggs. The ghost kitchen concept is carryout and delivery only with your presentation of the restaurant online. That’s your storefront, it’s virtual. I also think people missed the really eclectic atmosphere. It was a big part of Wake the Dead. That was the part of it I really loved, to be able to be artistic and make it really fun. We also didn’t have liquor and we had straight up coffee but not coffee drinks, and the drinks are where the margins are really good. That’s where you make the money.

What’s in Awake the Dead’s future? The pop-ups are exciting to people. You have to get people all revved up for it though. You need to work on social media to get that excitement there and that, you know, “Hey, they’re going to open up!” and where you’re going to open up. That’s a lot of the trouble I had at the Commissary, people didn’t know where I was. They went to our old downtown location and when they searched us online, the old location would pop up and it says “permanently closed.” What I will probably do or try to do is try to do little donut pop-ups in coffee shops. I’ll make them at the Commissary kitchen and then I’ll deliver them.

Ghost kitchens and pop-ups are kind of coming into the Midwest, but they’re fairly new to the Midwest. They’ve been established on the coasts for a while, but here, people are like “What’s a ghost kitchen? I thought it had something to do with ‘Wake the Dead.’” It’s just a matter of figuring out how to do it.

What has it been like to have people enjoying your donuts again? It’s so cool. It just makes me so happy that people really liked them. I’m sure plenty of people were just about the atmosphere and coming in and being able to drink some Bloody Marys and all that while they had breakfast, but I didn’t realize how many people just liked the donuts and the food. We got a lot of support from our followers, I guess we have a little cult following, which is awesome.

Lastly, what inspired the spooky theme? It’s not supposed to be spooky. I know it comes off like that, but with the sugar skulls and “Wake the Dead” and all of that, it’s supposed to be about Day of the Dead. It’s about being able to celebrate life and memories of those you lost with your friends and family over good food and good drinks. To be able to enjoy life, enjoy food, and enjoy treats. A lot of my recipes are based on my grandmother who I’ve lost, who taught me how to do a lot of my cooking and baking. It’s about remembering her and honoring her and the culture that goes around Day of the Dead.