Backed by Gov. Mike Parson, proposals would increase the cost of access to public records. 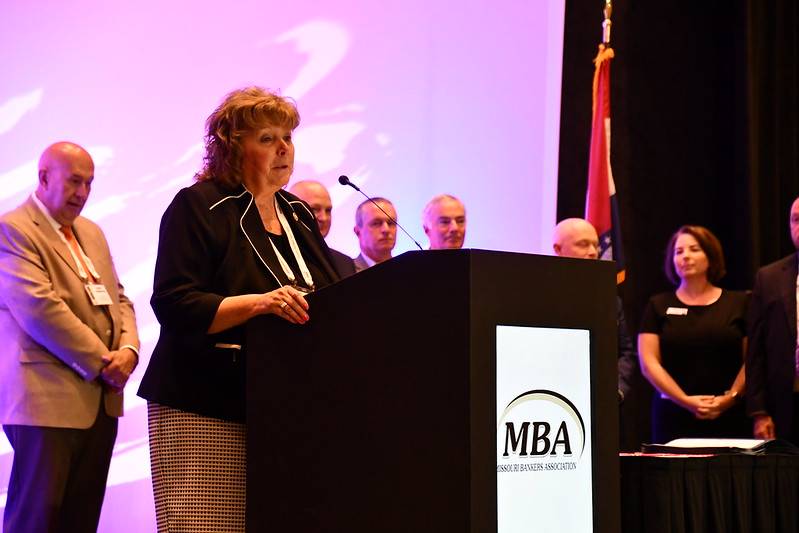 An expansive set of proposed changes to Missouri’s open records law backed by Gov. Mike Parson has transparency advocates alarmed that legislators may be poised to undermine the law.

The changes touch on everything from narrowing the definitions of “public business” and “public meetings;” closing records that include draft documents or relate to proposed legislation; shielding constituent contact info; and increasing the time and costs government agencies are allowed to charge to turn over public records.

The provisions have been amended onto a few bills making their way through the legislature. Sen. Andrew Koenig, R-Manchester, added them to a Senate bill late last month that has yet to be passed out of the chamber. He said he’s working with the governor’s office on the language.

Through an open records request, The Independent previously reported that one of Parson’s top legislative priorities for this year was amending the Sunshine Law to allow more records to be withheld from the public and allow government agencies to charge more. That included reversing a Missouri Supreme Court ruling issued last year against his office that found it had been charging for the time attorneys spend reviewing public records.

Koenig said he assessed what the governor’s office proposed, and “picked and chose what we thought was probably the best.”

A spokeswoman for the governor’s office did not respond to a request for comment.

While provisions regarding attorney review time are absent from Koenig’s proposal, transparency advocates said the remaining provisions would curb the reach of the Sunshine Law — which voters made expressly clear through the “Clean Missouri” constitutional amendment in 2018 should apply to state lawmakers.

“It’s sad that when the public votes to implement a change, then the legislature creates language that totally takes that away,” said Jean Maneke, an attorney for the Missouri Press Association. “It demonstrates what the legislature thinks about citizens voting.”

Under the proposed changes, the scope of what’s public would be diminished.

Both the definitions of public business and public meeting would be narrowed and “transitory records,” which the bill defines as draft versions of documents and “non-decision making materials,” would not fall under the definition of a “public record.” The bill would also allow for the closure of memos or letters between agencies or within one and records of the legislature that contain “information regarding proposed legislation or the legislative process.”

Dave Roland, director of litigation for the Freedom Center of Missouri, a libertarian nonprofit that advocates for government transparency, said that by allowing government agencies to define the restrictions that apply to them, “they will almost always choose to be less restricted, less accountable.”

“We have to be really, really careful about what we choose to exempt, because the exceptions invite additional exceptions,” Roland said. “And pretty soon, the exceptions swallow the rule.”

Whether a record falls under the scope of a “transitory record” will ultimately be at the discretion of the government agency.

“When you’ve got an undefined term that triggers whether or not it applies, you’ve got a black hole,” Maneke said. “A lot could fall in there that wasn’t meant to be covered by this.”

Koenig said the proposed changes were to ensure elected officials can meet with each other in a more casual setting without running afoul of the Sunshine Law and to allow a lawmaker “to be able to think out loud with his staff.”

“That’s how you get better laws, right?” Koenig said. “I might have a great idea about a bill. But it might be five drafts later before it’s actually a good idea.”

One of the most important changes Koenig said he would like to see made is allowing for constituents’ contact info and names to be withheld.

It’s a proposal lawmakers have pushed for the last several years, ranging from only redacting constituents’ contact info when it’s submitted to receive government newsletters and alerts to withholding all communications constituents send to lawmakers.

In 2019, Attorney General Eric Schmitt’s office told Parson he should stop citing the First Amendment as justification to redact telephone numbers, addresses and email addresses of private citizens who reached out to the governor’s office.

Under the changes in the Senate bill, redacting constituents’ identifying information would be allowed. While communications from lobbyists and other public officials would still be subject to disclosure, a constituent would not only be defined as a resident, but any person who owns real property or interest in a business operating within the government agency’s boundaries.

In addition, the bill would explicitly allow for the time spent redacting records to be charged, change the number of days a government agency must act on an open records request by from three days to five, allow access and the production of records to be conditioned on receiving payment and deem a records request “withdrawn” if a response or payment is not received within 30 days.

Roland said some requestors will likely need more than 30 days to come up with the costs being cited, and that in the age of electronic records, “it should be easier to respond to public records requests now than it ever has been before.”

“And yet, they’re saying, ‘Oh, well let’s let the government delay even longer,’” Roland said. “That just doesn’t make any sense to me at all.”

The bill would bar public agencies from requiring nonprofits disclose the identities of donors or supporters, and violations could be met with lawsuits. Any records or lists of such information in possession of a public agency would also be closed under the Sunshine Law and under court rules.

Exceptions would allow the Missouri Ethics Commission to subpoena such info as part of an investigation. It would also be permitted to be produced in a lawsuit if a “compelling need” is demonstrated and the information won’t be disclosed to anyone outside of the litigation.

Organizations that testified in support of the proposal this session include the ACLU of Missouri, Americans for Prosperity, People United for Privacy — all of which have 501(c)(4) arms, which allow them to participate in political activity and are not required to disclose their donors.

Supporters say the change is needed to stave off efforts like a California law that had required nonprofits to disclose their largest donors to the state’s attorney general. The U.S. Supreme Court struck the law down last year.

Rep. Jered Taylor, R-Republic and sponsor of a similar House version of the bill, said lawmakers are “trying to protect an individual’s right or ability to donate to a cause that they believe in.”

The bill has been proposed in other states across the country, and in Florida critics have raised concerns it would have shielded information that came to light in a “ghost candidate” scandal that is the subject of criminal probe and state investigation.

Taylor said dark money “has nothing to do with this bill” and said he believes the bill would still allow for information to be obtained in the course of investigations of wrongdoing.

Taylor’s version of the bill would also make it a class D felony if a person disseminated, including by posting on the internet, certain personal information related to judicial officers, elected officials and certain groups of state employees.

That can include publishing an official’s social security number or their marital status, with the intent to “harass, intimidate, or influence.” If publishing such info resulted in the death or injury of the official or their family, it could result in a class B felony subject to five to 15 years in prison.

Taylor said the provisions are intended to prevent “doxxing.” However, information like a lawmaker’s marital status is often already public. Maneke said by nature of their role, elected officials warrant more scrutiny from the public they represent.

“If you’re an elected public official, or if you’re running as a candidate for public office, you take the baggage that comes with that,” Maneke said, “and I think any of those people lose a tremendous amount, if not already all, of their personal privacy rights.”

The legislative session ends next week, and Taylor’s bill has yet to be debated on the Senate floor. He said last week he had not yet reviewed the proposed Sunshine Law changes and whether he would be in favor of them being added to his bill.

Asked if he plans to also amend Taylor’s bill with the Sunshine Law changes, Koenig said he’s “certainly looking for other vehicles.”