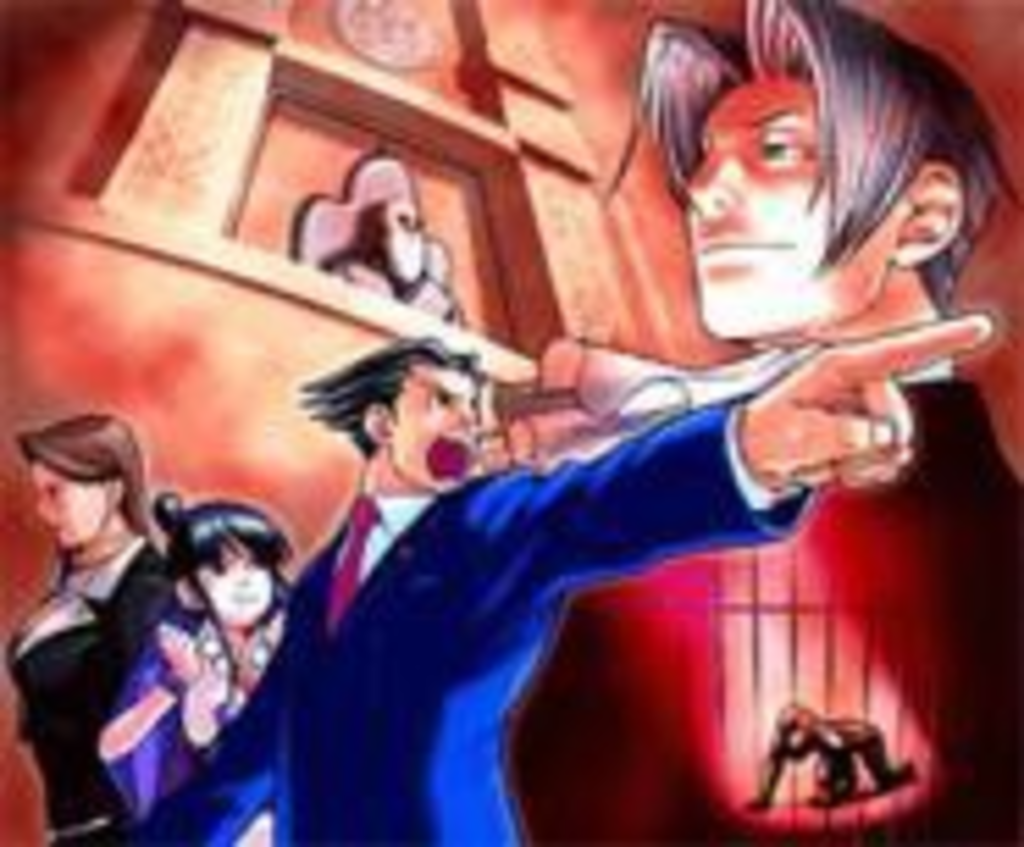 Sony’s approach with its handheld, the PlayStation Portable, is to carbon-copy its most popular titles for on-the-go gaming. “Enjoy Grand Theft Auto on PlayStation 2?” Sony seems to ask. “Well, here’s a version for the PSP. Oh, you’re a SOCOM fan? Super, we’ve got that on PSP too.”

With the DS, Nintendo has taken a different tack. Rather than recreate miniature versions of GameCube games, it has used the DS’s unique capabilities to offer novel, sometimes bizarre gaming. Take Nintendogs, a puppy-raising sim in which the player commands an electronic pet via the DS’s microphone. Or Trauma Center, which allows a player to use the DS’s stylus as a scalpel to perform virtual surgery.

The latest oddball title for the DS is Phoenix Wright: Ace Attorney. The game casts you as the titular defense attorney, a barrister so green that he forgets his client’s name in his first trial. No matter! Wright doesn’t bother with little details like names — not when he has the ability to turn every case completely upside down by revealing that the actual killer is right — over — there!

Yes, Wright seems to have attended the Ben Matlock School of Law: The defendant is always innocent, the guilty party is always a prosecution witness, and a scathing cross-examination usually results in a confession on the stand. Each case begins with Wright interviewing his client, which naturally leads him to the crime scene, where he collects evidence and questions witnesses. Then it’s on to the trial.

No doubt, the legal procedures on display here are dubious at best. In the nonsensical world of Phoenix Wright, all trials must be concluded within three days, or the defendant is automatically found guilty. The prosecution will switch gears and name new suspects mid-trial. Attorneys object to the testimony of their own witnesses. And if you piss off the judge, he’ll find your client guilty on the spot.

All this takes place with the manic energy of Dragonball Z. Successfully poking a hole in a witness’ story results in a gratifying “BANG POW!” sound effect, which sometimes blows the toupee off a witness’ head or collapses him in a heap on the floor. Get your client off, and confetti drops in the courtroom. It’s Law & Order in the land of Yu-Gi-Oh! In a word: insane.

It’s also hilarious and horribly addictive. The writing is amusing, and the cases are surprisingly involved, making it oddly satisfying to sort through evidence and testimony to figure out who brained Colonel Mustard in the library with a candlestick (so to speak).

It’s too bad that once you know what questions to ask and evidence to produce, there’s little reason to play Phoenix again, but it’s a perfect title to pass along to friends: The game play is so incredibly simple — everything from searching a crime scene to questioning a witness is done just by touching the screen with the stylus — that even your girlfriend or mom could pick it up and play.

Now that the DS has a lawyer game to go along with its surgery and puppy-raising titles — and a cooking game in the works (Cooking Mama) — what vocation will be next for the DS? Chimney sweep? Animal husbandry? Hey, don’t laugh — some crazy Japanese developer is probably already on it.