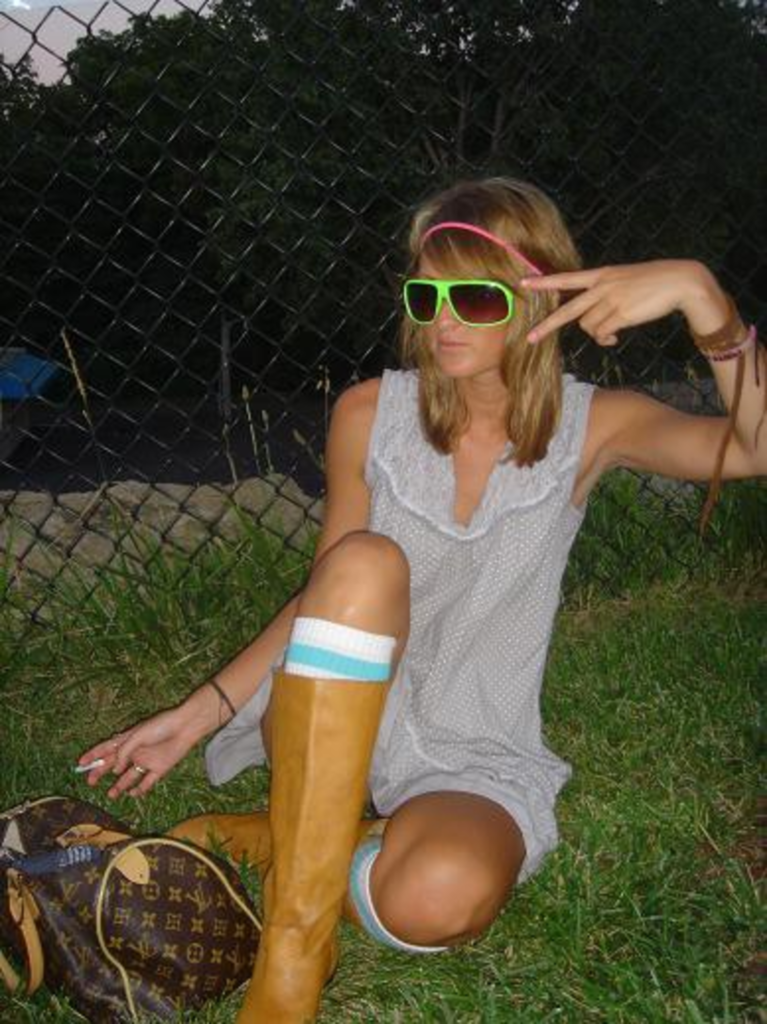 I spotted Lauren bopping her way through the gates at Sandstone, dancing with her arms in the air like she, as Outkast might say, was the opening act, the headliner, AND the after-party. Later I saw her again, sitting demurely in the grass, trying to make her Blackberry work.

She told me that her favorite thing she was wearing was her mom’s Chanel boots “from I don’t even know when.” That, or her blue and yellow striped baseball socks, which she pulled the boots down further to reveal. Her friend insisted that her best accessory was actually her pink headband.

She says she goes to Sandstone all the time because her friend Martin Johnson of Boys Like Girls, who just played at Red, White and Boom, introduced her to lots of higher-ups in the music scene. “Buy the album!” she pitches. I’d rather know where to get the neon green sunglasses.