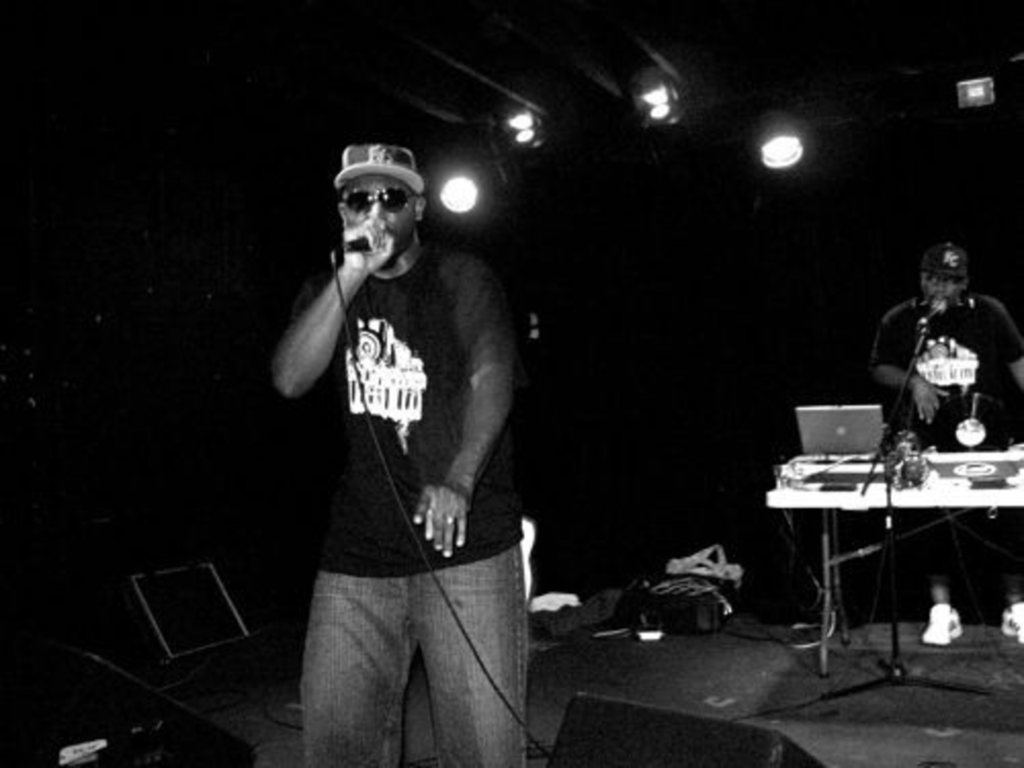 I’ll tell you one thing. There were a lot more folks at last night’s homecoming of James Christos, PL and Jamel Rockwell than there were when the trio kicked off their Anarchy Tour a month ago, also at the Riot Room, also on a Wednesday night. (Hopefully, you’ve been following the tour through the Wayward Blog’s exclusive Anarchy Tour Diary. If not, go back and read up.)

Last night, the mood was boisterous and celebratory, the two MCs and their DJ throwing it down like it was the culmination of something, not the end. Christos took the stage first in order to get his set out of the way so he could kick back and enjoy the rest of the evening (though, in fact, he would spend the rest of the evening running around talking enthusiastically to his friends and fans). He strutted and stalked around the stage, demanding that hands be raised and calls be responded to with more confidence and energy than I’ve seen come from the guy. Rockwell’s role as vocal sidekick — teaming up on punchlines as often as cutting beats — appeared to have come into full bloom, too. And with PL on the side mic adding to every chorus, Christos’ stage act isn’t just one dude rapping — it’s a force.

As I presume they’d been doing all throughout the tour, Christos rocked only four or five songs. It was a set loaded with audience participation and between-song banter, including a Michael Jackson tribute that tied into a story from the road. And, man, what that road did for these guys.