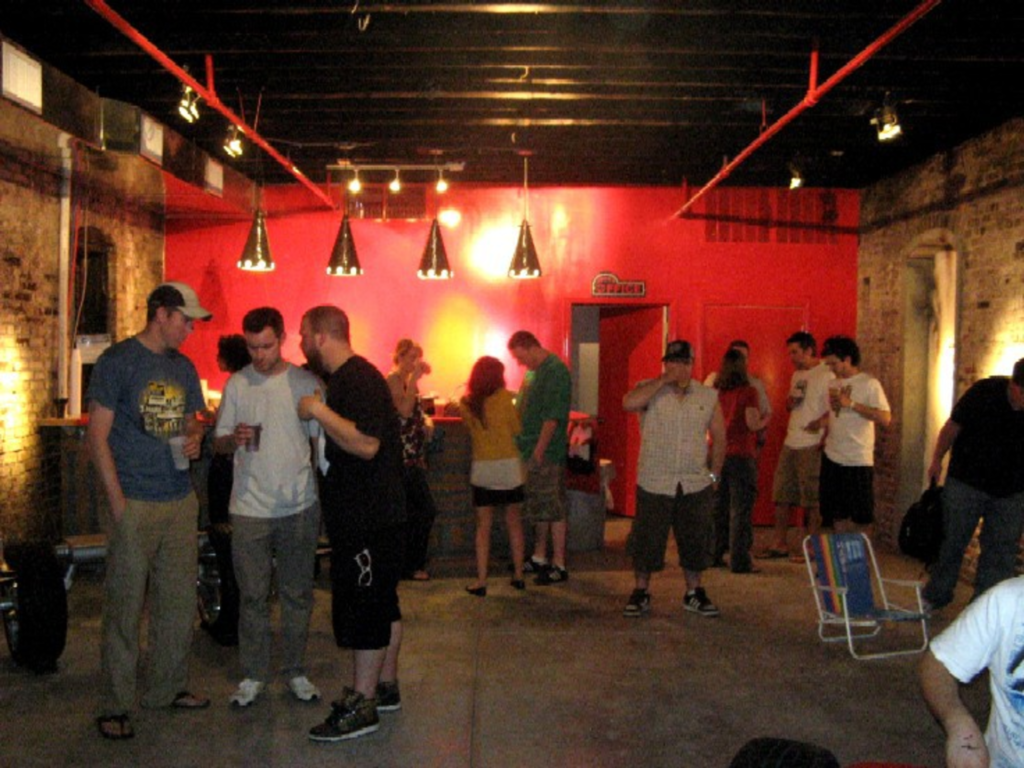 The east Crossroads was pretty dead last night, save for a small, brick building — more like a room, actually — just south of Grinders. The Scion Lab is a brand-new venue that’s begun hosting music, fashion shows and afterparties for CrossroadsKC shows. It has doors that open directly onto the concert lot behind Grinders (though its main entrance faces the parking lot on the east side of McGee south of 18th). It even contains a spic ‘n span new green room built for the acts that play the Crossroads, which, I am told, is something that the larger venue had been in sore need of.

The Lab was set up for Scion by the local marketing firm Dept. Zero (from which a boisterous, hoarse-voiced representative named Fritz was on hand) to host underground-flavored events, such as last night’s Future Funk Wednesdays jam put on by Miles Bonny’s INnatesounds Crew.

The night brought DJs Leonard DStroy and Brother of Moses with featured performer Reggie B. It was chill and open, with maybe 25 people when I got there close to 11. It was a $5 cover and — get this — an open bar. That’s the arrangement for the next four Future Funks, so if you saw but did not heed my texts and tweet last night, you might want to clear your schedule the next few hump day nights.

I know it’s hard to get people in Kansas City out on a Wednesday, but five bucks for free drinks (well, you gotta tip) and an intimate performance from KC’s premier underground progressive hip-hop and R&B gang is worth the price of being late to work the next day.