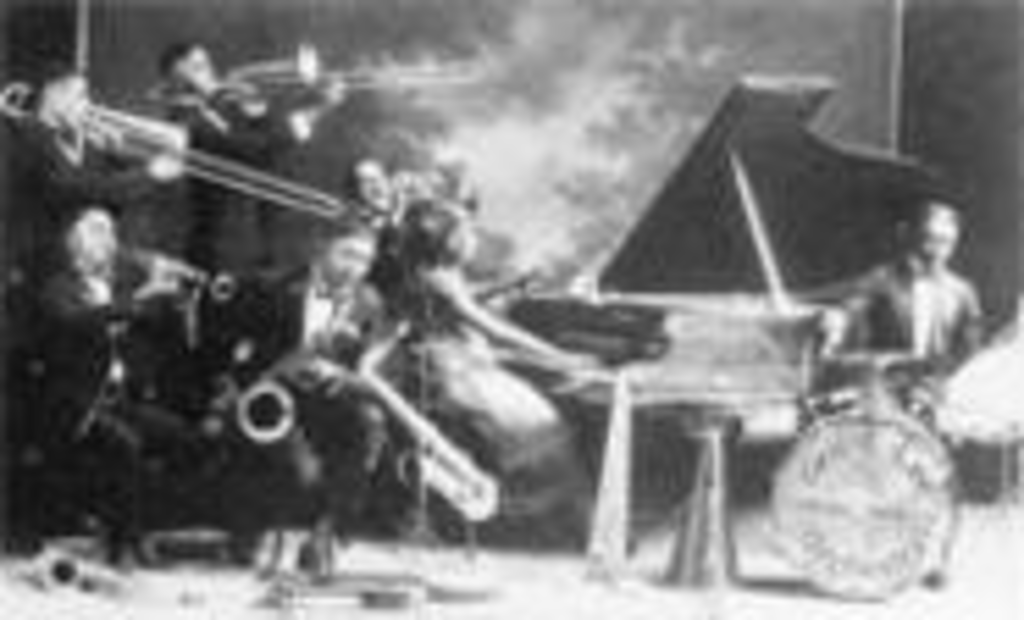 “I Didn’t Like It the First Time,” by Kansas City jazz singer Julia Lee, is a song about spinach. Here’s how it goes:

“Don’t Come Too Soon” delves into the finer points of punctuality, taking note of the oft-ignored problem of arriving before the designated time — a problem that can be easily solved, according to Lee, by taking cold showers. “In Like a Lion and Out Like a Lamb”? That one’s about … well, that one’s about a penis.

Julia Lee performed in Kansas City from the 1920s through the 1940s, but I first heard her music in my home in 2003. The lucky inheritor of all of my family’s records, I sometimes pick a random one I’ve never heard and put it on. When I did that with Lee’s Tonight’s the Night, I fell in love.

Listening to all these bawdy double-entendres belted out in a spunky, conversational alto, I had to stop everything else I was doing and read the back of the album cover, which is how I discovered that Lee was from Kansas City and that she’d performed with Jay McShann and all that.

“Julia’s voice lacked the resplendent richness of Bessie Smith or the pathos of Billie Holiday, but she imitated no one,” jazz authority Sally-Ann Worsfold wrote in the liner notes of Lee’s record, which came out in 1982. “And her birth date suggests she was a pioneer Kansas City blues singer.”

This was an exciting discovery until I read Worsfold’s explanation for why Lee never gained the kind of recognition that the Charlie Parkers and Count Basies and Lester Youngs of this town managed to secure.

“During her lifetime, Julia Lee was an unjustly undervalued and neglected artist who since her death in 1958 has been virtually forgotten. From the age of sixteen until her death, a period spanning nearly four decades, Julia was a professional entertainer, working almost exclusively in Kansas City, which perhaps partly explains her lack of acclaim.”

Oh, great. Was Worsfold arguing that, even in this town’s musical heyday, even during those wild times that everyone’s always going on about, staying in Kansas City was career suicide for a musician? I thought this was the place to be.

It seemed, also, that with a repertoire of songs unmistakably about sex — not love, not walks on the sunny side of the street and not paper moons — Lee might also have been ahead of her time. Because we’re not just talking sex. Lee’s lyrics are about women wanting and liking sex, completely unsentimentally. I imagine that a Julia Lee show wasn’t exactly a pep rally for any fellows in the audience prone to performance anxiety, either. In many of her songs, Lee instructs the guy and kinda talks to him like he’s a dumbass. Love is a lot like a mashed potato, she hollers. If you eat it all now, you won’t have it later! She also sings directly to the ladies in the house about what happens when a man has two women, offering advice and warnings and sharing secrets.

So I wondered whether the content of her songs might have kept her from reaching more people back in the 1930s.

Chuck Haddix, director of the Marr Sound Archives at the University of Missouri-Kansas City, host of KCUR 89.3’s Fish Fry and co-author of the new book Kansas City Jazz From Ragtime to Bebop — A History (see See/Be Seen), agrees that Lee was an underappreciated great. He also agrees that the chanteuse was ahead of her time as an unsung feminist of sorts. But he doesn’t exactly concur that the 1930s were less than ideal for getting all kinds of lovin’ in KC, for being a woman who enjoyed drinking whiskey and, you know, doin’ it.

Reading his book, I actually blushed to discover the kinds of things going on very openly in clubs here back then. No kidding. I tried to tell a group of acquaintances about it over dinner one night but couldn’t bring myself to reveal this particular tidbit out loud: “Downtown, at the Chesterfield Club on 9th Street, waitresses clad only in shoes and see-through cellophane aprons served up a businessmen’s lunch. For adornment, they shaved their pubic hair in the shape of playing card pips.” This at a time when clubs sold — and advertised! — marijuana, because, what the hell, alcohol was illegal, too, right?

It turns out that we, living in the era of the ill-fitting tube top, are the uptight prudes. Back in the ’30s, everything was more than up-to-date in Kansas City.

Haddix insists it’s not true that jazz in Kansas City has died. If jazz is having a hard time securing a consistent audience in Kansas City today, it might be the atmosphere that’s changed more than the music. “The intemperate spirit of Kansas City still lives,” Haddix says, “but it’s kind of an underground thing.”

It wasn’t underground in the ’30s. Harry S. Truman was well aware of the debauchery going on here. Everyone was. We were sort of known for it. According to Haddix and co-author Frank Driggs, Truman often inquired, openly and casually, about how the prostitutes on 8th Street were doing. He was apparently up on the music scene, too — he invited Julia Lee to sing at the White House. I love to imagine her there, singing one of my favorites, “All This Beef and Big Ripe Tomatoes,” to a bunch of distinguished suits.

Haddix also clarifies Worsfold’s theory that Lee never got the recognition she deserved because she never left Kansas City. She didn’t just not move away; she wouldn’t even go on tour. Because she’d once been pinned under a tire in a bad car accident, she was terrified of traveling and literally never left Kansas City. The radio hit “Come on Over to My House, Baby” was her only export. That’s the song people remember her for (it’s included on at least one Kansas City jazz compilation), if they remember her at all.

But there are lots of talented folks from this city’s jazz era whose names have been largely forgotten — Kansas City Jazz From Ragtime to Bebop — A History is densely populated with such characters. More interesting than why we’ve forgotten so many of them is why we remember the ones we do.

“The ones who made it nationally are the ones who are remembered,” Haddix explains. “And bandleaders are remembered because they had the name recognition. Before Basie, Kansas City bands got very little coverage. Down Beat didn’t even get started until 1935, and it mainly covered white bands. David Dexter [a journalist of the time] really brought Kansas City musicians and the Kansas City style to the national forefront.”

The good news is that when out-of-towners in places such as New York and Chicago wrote the history of Kansas City jazz, they left us plenty to discover. And Haddix and Driggs have provided a wonderful road map for anyone who’s interested in that journey.

Me, I’ll let Julia Lee be my tour guide to the past, reminding me to stock up on that tasty spinach. Don’t worry, Julia — I won’t save it too long, or you’re right, it won’t do me no good.