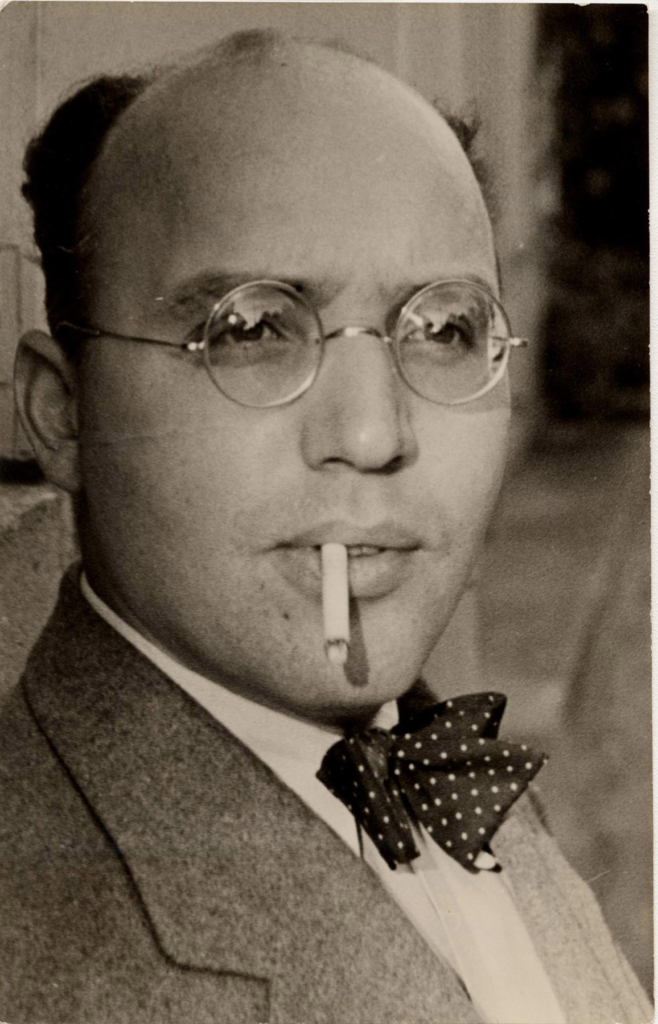 The music of Kurt Weill is a laugh in the dark — sorrow masked with whiskey and dancing.

Helmed from the desperate gaiety that followed World War I and forced to leave Germany by the Nazi regime, Weill’s work translated naturally — both literally and figuratively — to the American scene as he took the gallows humor of 1920s Berlin music theater to Broadway and Hollywood in the 1930s and 40s.

“The task,” Weill wrote in 1927, “is to create the new genre which gives appropriate expression to the completely transformed manifestation of life in our time.”

He set out to reform music, and people have been whistling his tunes ever since, as each generation’s giants discover his music anew: David Bowie, Frank Sinatra, Jessye Norman, Tom Waits, Teresa Strata, the Doors, and Ella Fitzgerald have all covered the man. In Kansas City this month, the Owen/Cox Dance Group and the Lyric Opera of Kansas City’s Explorations Series will do the same.

It is perhaps more than pure coincidence that there are two completely different interpretations of Weill’s legacy in back-to-back performances, indicating a miniature zeitgeist as we navigate yet another slalom of social and political upheaval. From February 1-3, Owen/Cox Dance Group draws primarily from Weill’s collaborations with Bertolt Brecht in its production “What Keeps Mankind Alive.” Reprising its 2015 show with choreography by Jennifer Owen and arrangements by Brad Cox, the ensemble includes vocalists Shay Estes, Leigh Adams, and Krystle Warren (in from Paris) and a cohort of instrumentalists. (Disclosure: my spouse performs with OCDG.)

At first listen, Weill’s music seems all ragged edges and vaudevillian diversions, sung by killers, drunkards, and prostitutes.  But Weill — who had experience in religious, classical, and avant-garde music, as well as third-rate opera companies — experimented with unsophisticated sounds in a sophisticated way, Cox says, “in the same way a modern dancer might try to make a movement look labored or heavy.”

“In their early songs,” said Cox, “Weill and Brecht present a pretty bleak take on human nature, and a lot of the lyrics deal with hypocrisies inherent in so-called civilized society. Jennifer and I are basically trying to approach these issues through music and dance.”

The title tune is taken from “The Threepenny Opera” and includes the line “Mankind is kept alive thanks to the brilliance of keeping its humanity repressed,” with the gritty, stuttering accompaniment sidestepping and subverting the grim message.

“Weill was brilliant at using bright music or beautiful melodies as a foil…[adding] an emotionally contradictory element that brings out the biting humor,” Cox says, noting the broad social themes that permeate Weill and Brecht’s work, railing against the destruction of war and capitalism.

The program also includes “Letterbox,” with Owen’s choreography set to Cox’s own compositions, which aren’t nearly as dark as Weill’s. Some are downright playful.

In contrast, LOKC’s production on February 9 is a cabaret-style concert in “Mack the Knife is The Man I Love,” weaving Weill’s music with that of his contemporary George Gershwin. New York City-based pianist Mark Markham directs and performs with LOKC’s Resident Artists and apprentices in a collage of evergreen songs and a nod to the encroaching holiday.

“The theme is love, but as we all know, love can take us in many directions,” Markham says. “There are lines in these songs which are so poignant in today’s political-cultural climate.”

There’s more than a hint of melancholy, but “[Weill’s] music could be suggestive without hitting people over the head,” Markham says. The program goes for a balance, with Gershwin’s good humor and gentle irony serving as complement to Weill’s cynicism. Art songs, musical theater, and jazz standards coalesce in the American songbook.

In working with the LOKC artists, Markham paid close attention to the lyrics, written by Brecht, Maxwell Anderson, and Ira Gershwin, but encouraged them to bring their own style to the works. “The American part is sometimes ‘trained out’ of us because we spend so much time studying European music,” he says.

Weill’s songs were written in a different era, but these productions encapsulate his wide-ranging appeal: tuneful social critique that transcends trends.

Lyric Opera of Kansas City, “Mack the Knife is The Man I Love: A Weill-Gershwin Cabaret”