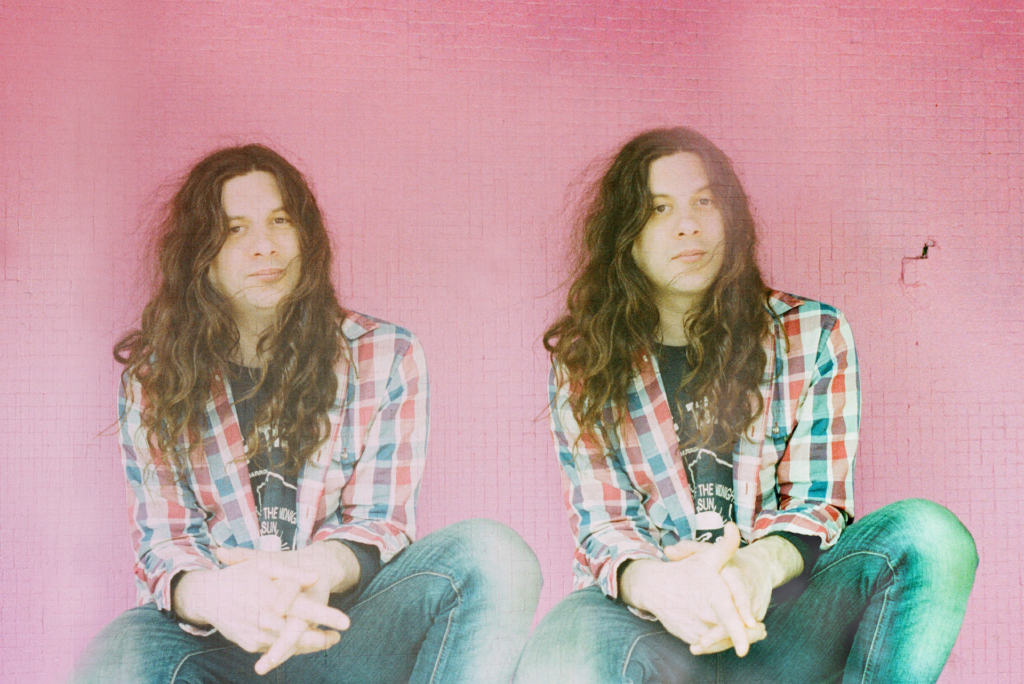 Prolific songwriter and storyteller Kurt Vile is a dang machine, having released eight albums since 2008, including recent efforts Lotta Sea Lice (with stylistic friend-in-arms Courtney Barnett) and 2018’s Bottle it In, on which he’s currently touring with his band, the Violators. The Pitch recently caught up with the friendly, funny musician by phone to talk books, performing live, going to outer space, and future plans. Vile will be appearing with the Violators, this Wednesday, February 27, at the Truman (tickets are available via the Truman’s website, or at the box office).

The Pitch: What are you reading now?

All kinds of things, really. Music bios — I’m almost done with the latest Lou Reed bio, by Anthony DeCurtis; that’s really good. I just read Just Kids by Patti Smith. It was really good and had been on my list for a while, but I’d been on such a tear of country music biographies that it was hard to go back into the rock thing. Once you start reading about country people, it’s hard to go back. They’re crazier than the rock and rollers.

I would say the Patti Smith one was tied, ironically, with Waylon Jennings’ autobiography, which was written with Lenny K, who also plays with Patti Smith. They all just trigger my imagination and inspiration to keep doing what I’m doing. I don’t really learn musical stuff from them, but I’m so obsessive about things that, through osmosis, I can emulate something without really thinking about it.

Does anyone’s voice get into your head?

You got to meet John Prine recently?

I’ve met him a few times, but I just played a show where I opened for him in Philly and joined him for ‘Sam Stone,’ which is arguably is the number one classic song. That was a pretty amazing honor.

I think the more time I am on the road, the more comfortable I am playing guitar and also playing live in general. We’ve always been a road band, but we’ve really had to adjust to playing theaters after the last record, B’lieve I’m Goin Down. “Pretty Pimpin’” was relatively a hit single for us. It meant more people coming and us going into theaters. There have been some growing pains with learning how to successfully play live there, but we finally did along the way.

What kinds of adjustments did you have to make?

I just had to not freak out onstage. And annoying things like learn how to use in-ear monitors, which aren’t ideal but help with such a large stage sound. It’s constant evolution, but along the way we became a tighter band that is more natural onstage. I think the recordings on this latest album, Bottle It In, are definitely influenced by being on the road. Even with Courtney [Barnett], we were just forced to become my best version of a showman as possible. I never want anything to be too slick — want things to be natural and organic.

Do you like playing live, or is it something you’ve had to train yourself to do?

I definitely do, especially once you get rolling. I think toward the end [of a tour], we can get tired because we’re playing the same set, which — I definitely want to get out of that. I guess that’s the next step, is getting to a place where you can comfortably mix it up a lot every night without psychologically losing it.

Is having a fixed setlist more mentally safe?

I think we developed a sort of epic arc and a certain dynamic. We’ve been on the road for so long with so few breaks that trying to get any other songs to fit in there doesn’t really work. It gets really tight, and people are into it. I do keep telling myself that we need to mix it up.

This is an extreme example, but, like, Bruce Springsteen plays an entirely different show every single night.

That’s insane. He’s not human. That said, I think he’s been doing the same Broadway show every night, if I may offer a rebuttal [laughs].

What is the best live show you’ve ever seen, if there is one?

I don’t want to say there’s just one, but the first time I saw Neil Young with Promise of the Real a few years ago in Nashville. They played a 30-minute version of “Down by the River.” I saw John Prine two nights in a row on his 70th birthday. I saw a Big Thief show at the Wilco fest, and I really like that band. But there really isn’t just one. Maybe it’s all of them.

Do you think it’s important to you or your work to always be surrounded by other people making art?

Not too much of either option. I like to disappear and to do my own thing, stay up late and go into outer space and get inspired in my own mind. But at the same time, even then I’m listening to other peoples’ music on records. Even right now, I’m in Philly at a studio playing on my friend Mike’s band Purling Hiss’ new record. It definitely inspires me to play with other people, and go in and out of yourself, and to never get too lost in either one. 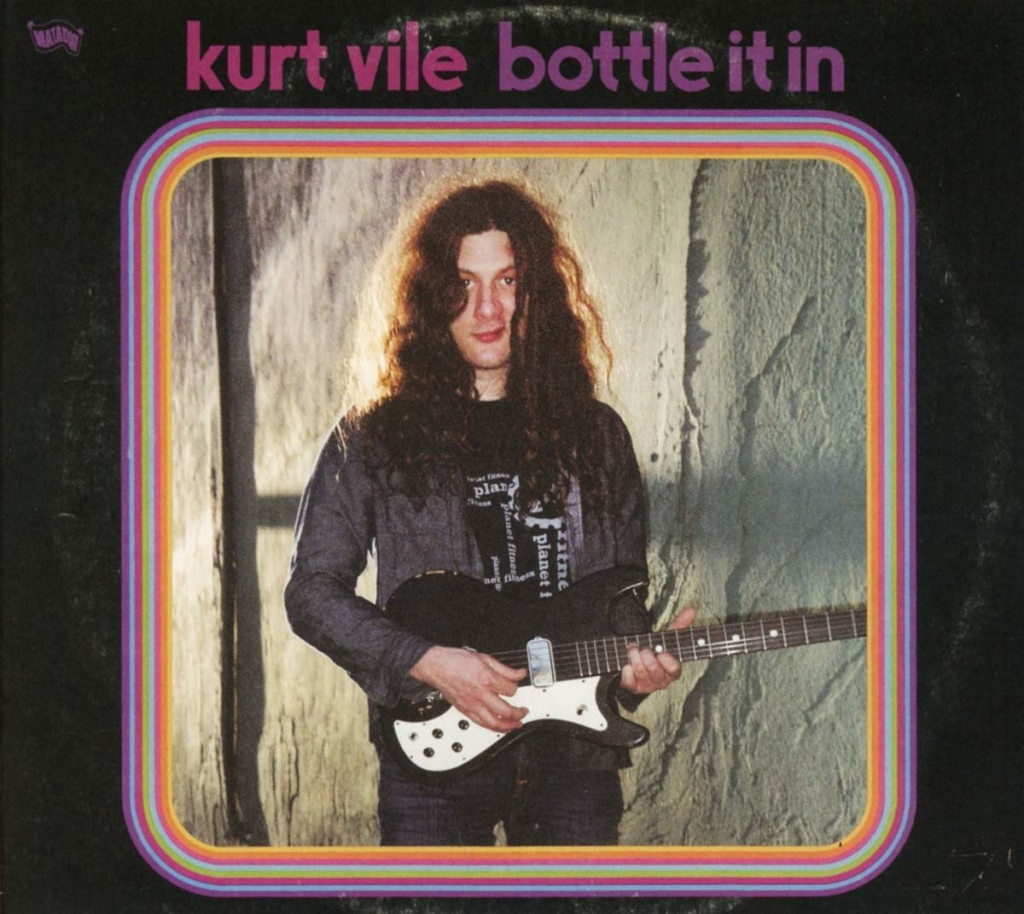 You said something about going into outer space? What do you mean?

I just stay up late and do whatever I want, go down into my basement, work on music or just think about working on music, play guitar, think about how eventually I’m gonna do extensive recording in my house like I used to do. I just wanna up the fidelity a little bit but still have it casual. All kinds of things to think about, or listen to, or sit around and space out. Or just watch TV.

Is home recording your next plan?

I’m thinking about it a lot, and I have all the stuff, it’s just been a while since I’ve done it. But the mechanical and technical part of my brain, it’s coming back slowly. It doesn’t scare me, I just have to get back into it. I cleared my space out, my zone. It feels good.

I know you have a couple of kids at home. How does family fit into your musical life?

They’re all obsessed with music and listen intently. That’s another reason why I like the idea of recording at home, because I have a family and they can come down to my basement whenever they want. I can pick up a guitar and play whenever, and they’re all involved. My oldest is going to turn nine out in Australia — after this U.S. tour we’re going out to Australia — and that will be the second time they’ve been there, which is crazy. They’re very much involved in my life.

What kinds of music have you been able to expose them to?

Oh man, tons. My oldest loves Bob Dylan and Phil Ochs, but early on she really got into Johnny Cash.

That’s a kid with good taste. When do you really feel your very best?

Probably when I am one with music, or maybe when I successfully recorded a song, like when you listen back and say, ‘Oh yeah, still got it.’

Kurt Vile and the Violators are at the Truman on Wednesday, February 27.