Missouri Sen. Kurt Schaefer’s vaunted “sanctity of life” investigation ended last week with all the pop of a firecracker dunked in a puddle. The only drama in a planned news conference came not from the attorney general candidate but from an uninvited marsupial.

The Missouri Senate had announced that it would disclose the findings of a yearlong GOP attempt to prove that at least one of Missouri’s two Planned Parenthood chapters had broken the law. Spoiler alert: Neither chapter was in violation. But the press event would still allow Schaefer, a Columbia Republican running for AG on a tough-guy platform, to make a swaggering entrance.

This was prevented when he instead found himself in the path of an oversized kangaroo wearing a judge’s collar.

The kangaroo — a costumed person — was the work of Progress Missouri, the liberal advocacy group that unofficially renamed Schaefer’s “Committee on the Sanctity of Life” — quite accurately — “Kurt’s kangaroo court.” Observers reported that Schaefer, apparently flummoxed by the cloth metaphor, wheeled around and disappeared. A moment later, a Senate staffer appeared and politely advised the kangaroo that it would have to remove its mask or leave the room. The kangaroo bounced.

There wasn’t much to see. Schaefer, appearing with six other GOP senators (only one of whom, Jeanie Riddle of Callaway County, was a woman), crowded the microphone as the politicians summarized an eight-page report. The document is the skimpy result of an investigation that began a year ago, after Republicans in Missouri and elsewhere seized upon videos that falsely suggested Planned Parenthood and its affiliates were illegally profiting from the sale of fetal tissue and organs. The videos, shot under false pretenses and dishonestly edited, were discredited, with two of their producers eventually indicted.

These facts did not prevent Schaefer from zealously pursuing his vengeful brand of GOP justice. Over a year spent investigating Planned Parenthood’s Missouri operations in numbing detail, he browbeat witnesses, threatened contempt charges and cowed officials at the University of Missouri so thoroughly that they revoked admitting privileges at the university’s hospital for a doctor who was performing nonsurgical abortions at Planned Parenthood’s Columbia clinic.

Schaefer and fellow Republicans tried mightily to find that Planned Parenthood’s St. Louis–based chapter was doing something awful with regard to fetal tissue. The best they could come up with were accusations of sloppy record-keeping and improper procedures for submitting tissue samples to a pathologist. Oh, and it apparently wasn’t always advising patients to call 911 in case of an emergency.

Still, they’ve done some of what they set out to do. The mid-Missouri clinic is today not offering abortion services.

That could change as a result of June’s U.S. Supreme Court ruling in Whole Woman’s Health v. Hellerstedt. In that case, the court struck down a Texas law requiring doctors who perform abortions in clinics to have hospital admitting privileges.

The decision capped a hellacious year for women’s health, which started last July 14, when that first deceptive video was released. 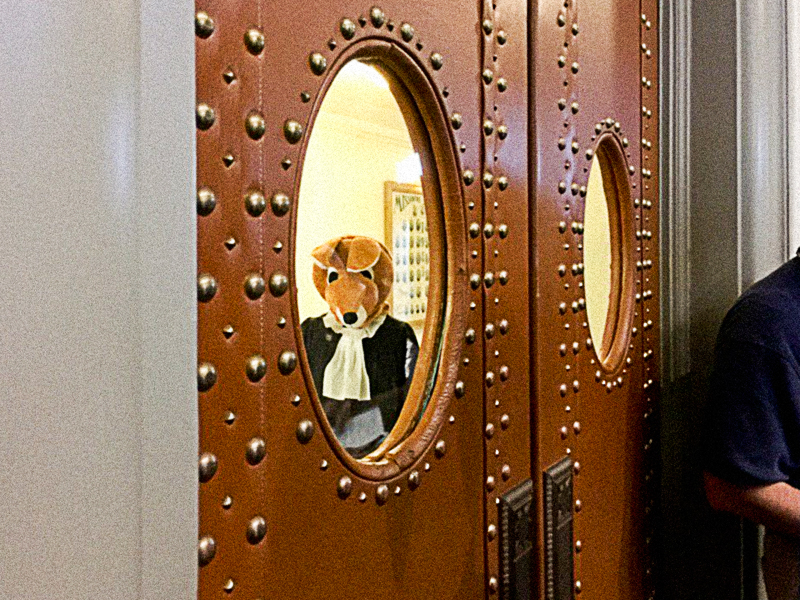 In the Missouri Republican party, though, it’s still the summer of 2015. At Schaefer’s news conference, grasping senators accused Planned Parenthood of “a callous disregard for women” and “procedures bordering on medical malpractice,” even as they offered virtually nothing to back up that boilerplate language.

It was all talk. With the investigation concluded and three of the seven self-designated guardians of sanctity running for statewide office — Will Kraus of Lee’s Summit for secretary of state and Eric Schmitt of Glendale for treasurer, along with Schaefer for attorney general — the witch hunt appears to be on extended pause. The group discussed no further action at the news conference.

In Kansas, it’s not even the summer of 2015. Anti-abortion groups have announced a week of activities in Wichita, beginning on July 16, to observe the 25th anniversary of the so-called “summer of mercy,” a 46-day standoff that resulted in thousands of arrests as abortion opponents blocked access to clinics.

Planned Parenthood Great Plains and other groups are hoping to counter that trip down memory lane with a “summer of normalcy” campaign. They will roll out testimonials from women who have opted to terminate pregnancies, as well as polling data showing that the majority of Kansans — and Americans — support a woman’s right to choose.

Even in Missouri and Kansas, supporters of women’s reproductive freedoms have reason to celebrate at the moment. The Supreme Court’s momentous decision last month is expected to reverberate in states whose lawmakers in recent years have fallen over one another to make access to abortion as difficult as possible. Planned Parenthood’s two chapters active in Missouri are expected to announce in the coming weeks a strategy for resuming abortions in Columbia and other steps. And attempts by multiple Republican-controlled state legislatures to deny patients Medicaid funds if they use Planned Parenthood services have been rebuffed. A federal judge just told Kansas it couldn’t block Medicaid funding.

Naturally, Kansas Gov. Sam Brownback’s office vowed to continue to waste money the state doesn’t have by appealing that ruling. There hasn’t been a season of normalcy in Topeka for some time. Someone should send that kangaroo west to the Sunflower State.