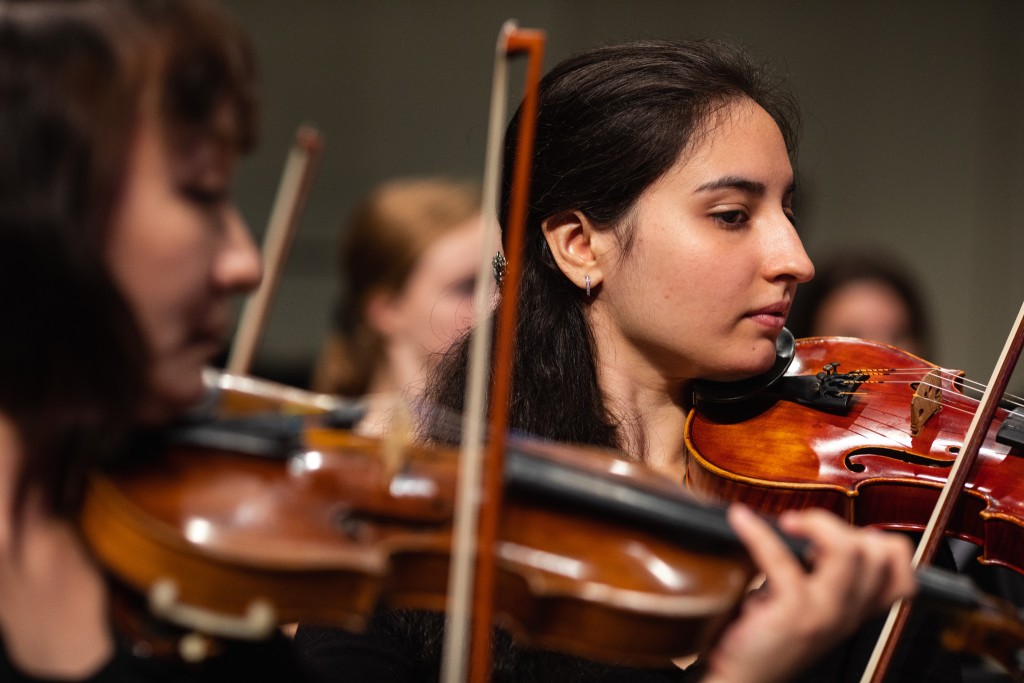 KU School of Music students at a past Collage Concert. // Photo Courtesy the University of Kansas

This Saturday, September 16, sees the kickoff of a year’s worth of performances from the University of Kansas’ School of Music with the department’s annual Collage Concert at the Lied Center in Lawrence. As with the past few years prior to Covid, the concert this weekend will be free, and that was a decision with particular reasoning behind it, says the School of Music’s Dean, Robert Walzel.

“We decided to make collage a free concert because we really do see it as an opportunity to showcase many of the different types of things that we do in the School of Music,” explains Walzel by Zoom. And, it’s a fundraising concert. We give everybody there an opportunity to give to our student opportunity fund, but we thought that it would be more effective and more community-friendly if what we did was give the people that are attending an opportunity to step up and contribute.”

Regardless of whether one has the financial wherewithal to donate, the concert is a wonderful chance to sample what KU has to offer musically throughout the year, showing of “all the great students that we have here at KU,” which is another reason as to the free aspect of the performance.

“We always feature our large ensembles,” the Dean continues, listing the various musical offerings. “Our KU symphony orchestra, our choirs, our wind ensemble, our Jazz Ensemble One–those are always part of what’s on there. The directors know they’re gonna pick something that they can put together in a short amount of time for one thing and that it’s a short snippet that shows them off.” 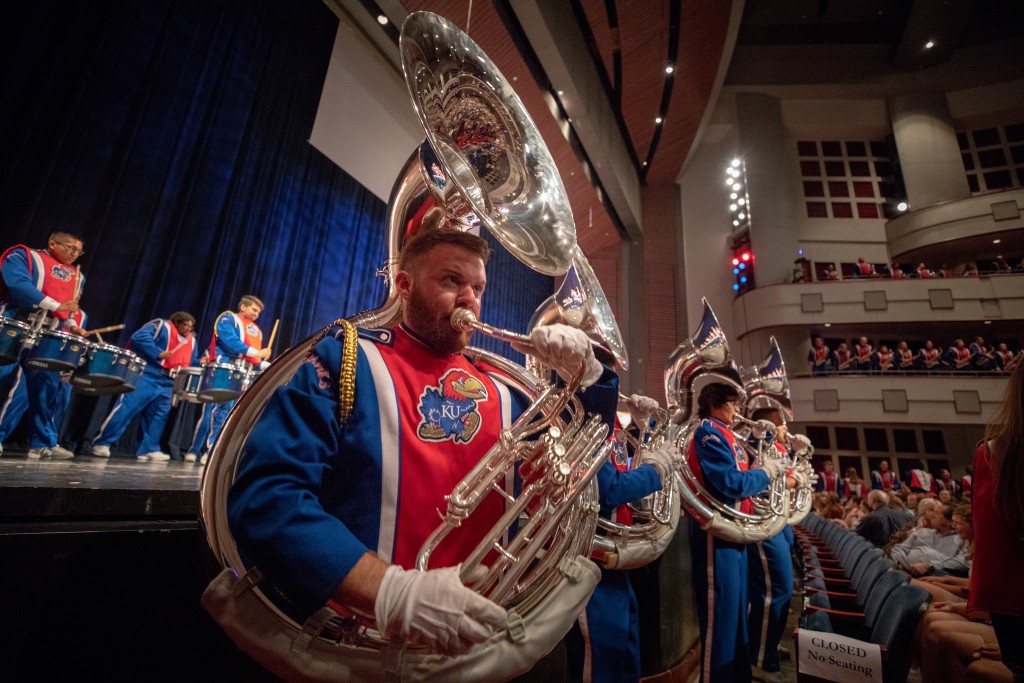 The KU Marching Jayhawks. // courtesy the KU School of Music

For those who feel that a concert such as this might be outside their wheelhouse, Walzel explains that this is “repertoire that’s that’s user-friendly, if you will,” while still of high caliber. The KU Wind Ensemble, as a matter of fact, will be hopping on a plane to Italy shortly after their performance to be part of a festival at a conservatory in Milan, Italy, and so their section of the concert will feature a portion of what they’ll be doing in Europe. Additionally, it’s a rare opportunity to see the KU Marching Jayhawks perform outside of a stadium or parade, as they’ll provide the grand finale from on-stage, the balconies, and throughout the Lied Center.

“I think arts organizations everywhere–particularly performing arts organizations–are seeing seeing audiences come back, but not in full strength, like they were before the pandemic,” Walzel continues. “So anything that we can do to make it interesting and, and motivate people to come out and see live music–I mean, that’s part of what we do and why we exist.”

“That’s sort of the vision behind it,” Walzel says. “Collage is part of that effort to put people in seats and experience music that inspires them and gives them great value.”

Also, as the kick-off for the School of Music’s 2022-23 season, it’s only the beginning of what will be something spectacular. The first KU symphony orchestra concert is on September 30, and that same day, the School of Music dedicates a space in Murphy Hall–the Nicholas Garen Hall of Achievement–to to honor individuals “that were KU alums that overcame situations of bias that may have persisted in society, particularly minorities,” with almnus Creston Herron making a return from Texas to work with music students.

Additionally, there’s the 50th anniversary of the KU jazz program, which will be celebrated with “multiple alumni bands that are going to play,” the return of the long-running vespers concert in December, and finally, in April, Assistant Professor of Voice Stella Markou will be directing a show about which Marzel is quite excited.

“At the end of the year, we’re going to have our annual scholarship concert,” enthuses Marzel. “That’s gonna be the Verdi Requiem, which is a big monumental work. It gives our students a chance to play one of the great pillars of the repertoire. It doesn’t get performed very often just because it takes so much time to put it together. You need an enormous choir. We’re planning to bring back alumni singers to sing as part of it, and that’ll be fantastic.”