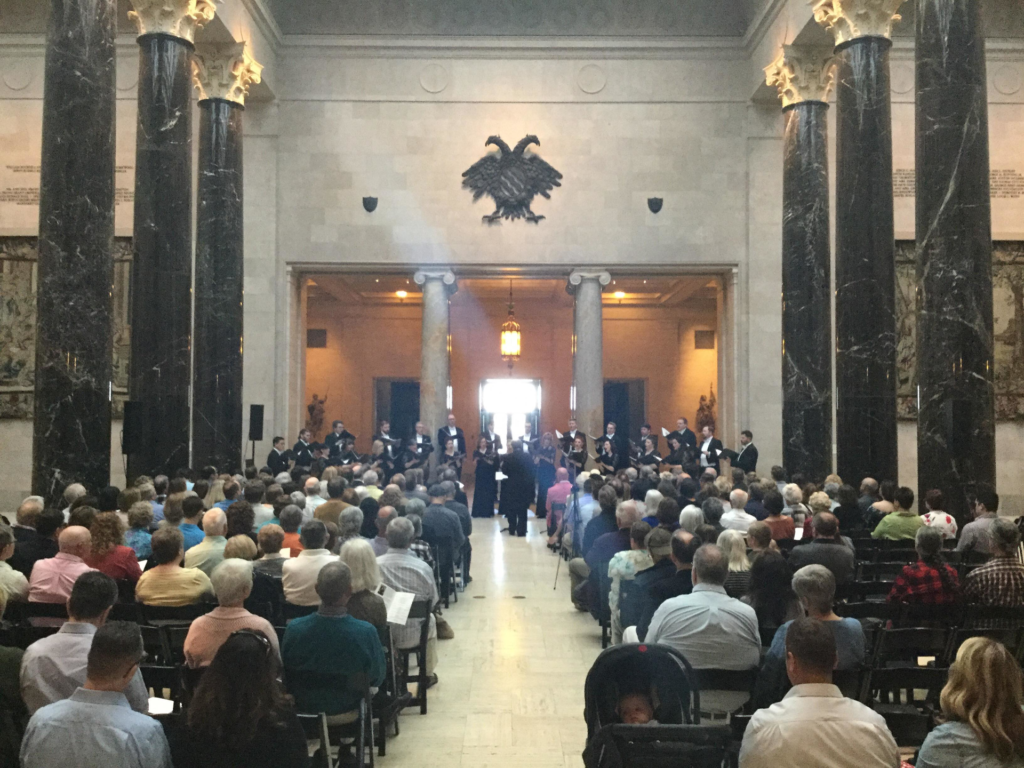 Nearly 500 years ago, the complex harmonies of “Missa Ad te levavi” were last performed in the Sistine Chapel. Then the music disappeared, for centuries, into the Vatican archives.

“It’s not often you get to bring something [like this] to life,” Dittamo says.

Dittamo came to the project after learning that the Kansas City Chorale was looking to perform a piece that hadn’t been done in modern times. He started researching underserved composers and came across Escobedo. Only a handful of his pieces had survived, but “Missa Ad te levavi” was one of them, and it had been digitized in the Vatican’s online library. Despite the damage to the document, Dittamo was confident he could transcribe the manuscript. (Last summer, Dittamo completed Yale and Cornell University’s Historical Notation Bootcamp, and he’s currently wrapping up his master’s in music history and compositions.)

Still, Dittamo says he underestimated the difficulty of the undertaking. At times, the mass is written for up to six voice parts, which he had to piece together. It took him days to complete just one movement of the mass, using computerized notation software and struggling to make everything line up. 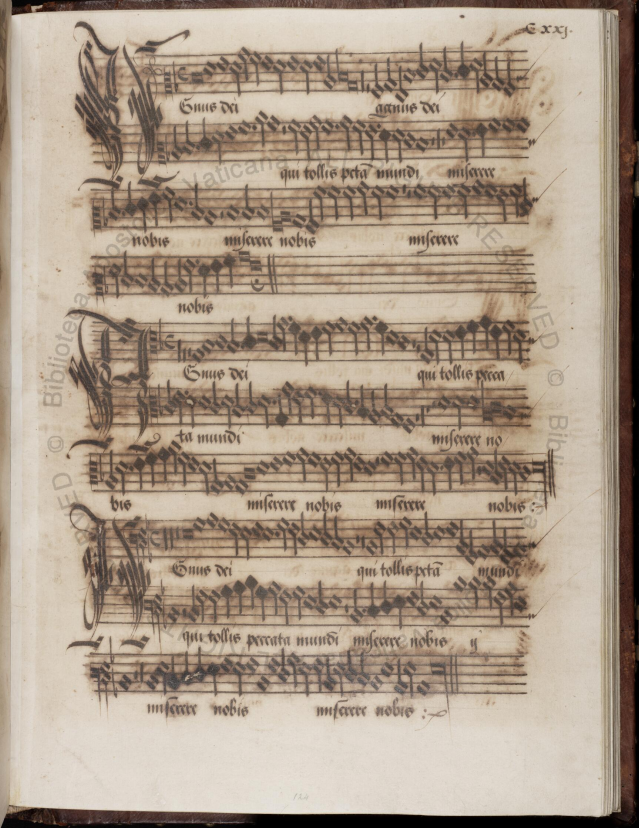 “It’s like excavation, particularly in the reconstruction — which is like a giant, musical jigsaw puzzle when you have to deal with parts of the manuscripts that are illegible,” Dittamo says. “So there’s a thrill to that.”

The world premiere of Dittamo’s transcription of “Missa Ad te levavi” is the centerpiece of the Kansas City Chorale’s 2018-19 season finale, “Hidden Treasures: The Travels of Marco Polo,” which will be held this weekend.

“Even on the world stage, it’s a very important event that we are presenting this mass for the first time in 480 years,” says Charles Bruffy, the conductor of the chorale. “Because of the magnitude of that, I didn’t really care what it sounded like. I just wanted to do it because it was an important, historical event. But the good news is, it is really beautiful and magical.”

Bruffy, who has been the conductor of the chorale since 1986, says that even though the Kansas City Chorale frequently premieres newly written music, this is the first time the ensemble has premiered a revived piece.

The event will also be somewhat new to Dittamo, who will be hearing the full, 30-minute mass performed live for the first time. His notation software could mimic choral voices, but he primarily used an instrumental setting to transcribe the music. Composers from Escobedo’s era also left a lot of room for interpretation in their compositions, and Dittamo did the same in his transcription.

“There’s a hauntingness to it,” Pinkall says. “It sounds mystical, foreign in a beautiful way. That Sunday in March [when they started rehearsing] was the very first time that any human had heard it in so long. Just that whole historical aspect of it — it’s kind of overwhelming and awesome.”

Themed around Marco Polo’s travels, the concert will also include six other works of music ranging in a variety of cultures and languages. The first performance will be on May 5 at 2 p.m. at the Cathedral of the Immaculate Conception in Kansas City. The second is May 7 at 7:30 p.m. at Our Lady of Sorrows in Kansas City. Tickets are $30.