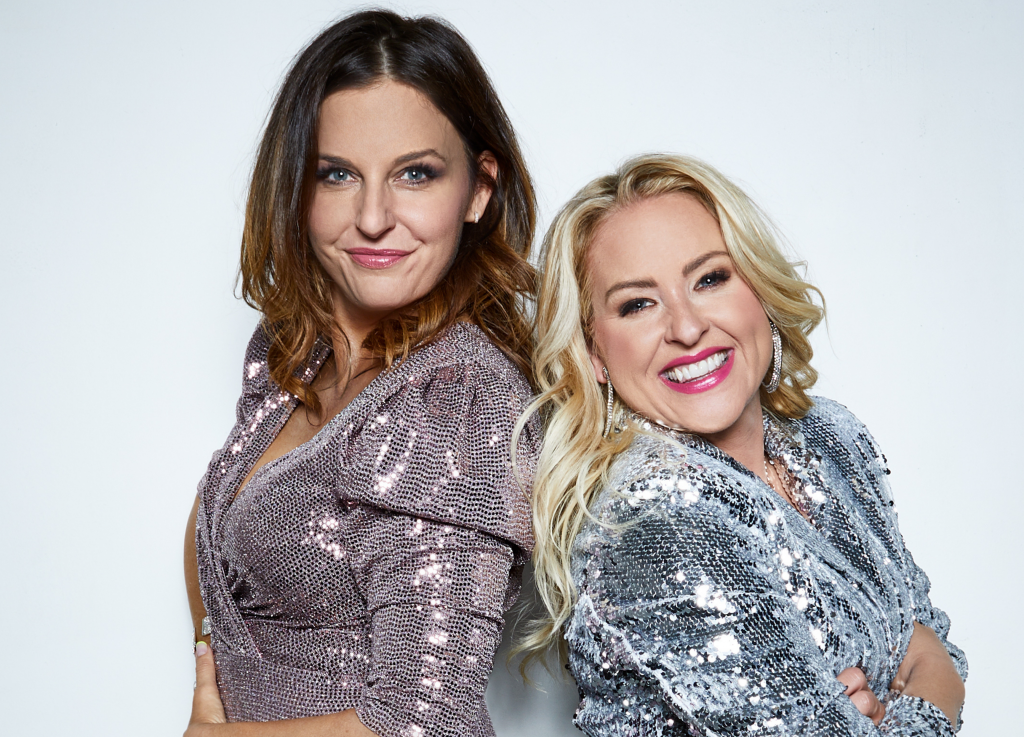 Hardly the unlikeliest of acquaintances, the hilarious, hot mess that is Kristin Hensley and Jen Smedley has taken mom comedy to the top. The duo will be performing at the Arvest Bank Theatre at The Midland Saturday, Jan. 29 for their #IMOMSOHARD: The Getaway Tour.

Jen and Kristin originally hail from the corn capital Nebraska but moved to Los Angeles in pursuit of comedy careers. Albeit both living in Lincoln throughout their college days, the ladies did not meet until Kristin attended one of Jen’s sets in Los Angeles.

After a couple of parking lot beers, the two discovered they were living less than a block away and driving the same style mini coopers. From then on, the goofy pair have been inseparable.

The #IMOMSOHARD vision came one night after sipping down wine—perhaps gulping—and shedding a proportionate amount of tears. The two crafted an idea, doing videos showing just what a shitstorm being a mother can really be.

The two became an instant sensation with their first video—in which Jen forgot the name of her newborn. Since its humbling beginnings, the moms now have a YouTube following of over 99k subscribers, 300+ million views, a thriving podcast, and is on their third comedic tour.

The two strive to make women laugh about all parts of being a woman whether that be friendship, fidelity, motherhood, or Tik-Tok thirst traps. Kristen and Jen’s message to all is an ironically uninspiring message, it’s okay, we’re all human.

“Our whole drive behind what we’re doing is sort of just making women laugh at all parts of being a woman,” says Hensley.

The two emphasize the tour as the backbone of everything that they do. The ladies tell jokes, talk thirst traps, tease husbands and get plain old rowdy with the moms—the not-so-original nickname for their fans.

“It’s like the fuel behind everything we do, because there’s nothing greater than walking out on stage and seeing 2000 women cheer you on,” says Hensley.

The twosome looks forward to another adventurous night in KC after a brunch show a couple of years ago that instigated some loosened belt buckles and pounding headaches.