KPR’s Bob McWilliams on 25 years of Trail Mix, ahead of Saturday’s anniversary show 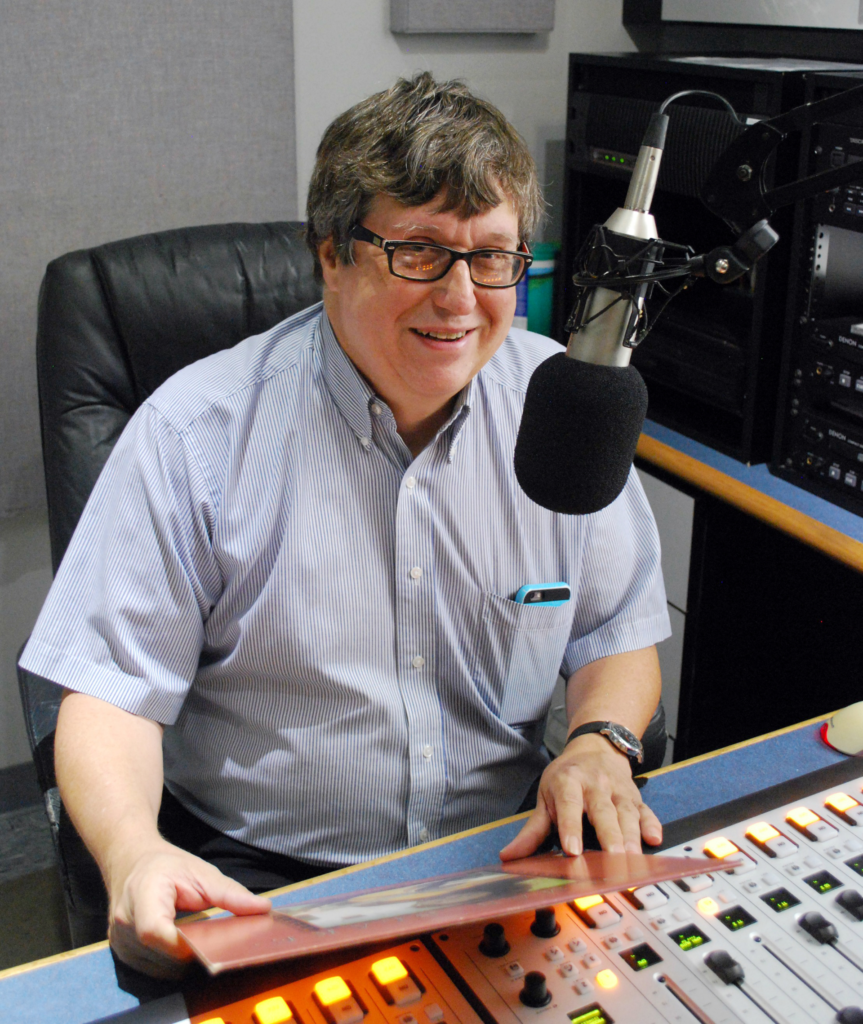 Since its first broadcast on September 11, 1994, the Kansas Public Radio program, Trail Mix – bringing listeners “the best in yesterday’s and today’s singer-songwriters, spiced with Americana, alternative country, folk-rock, bluegrass, traditional folk, and Celtic music” – has undergone quite a few changes. When it first started, longtime host Bob McWilliams had been hosting jazz on KPR – then known as KANU – since 1984, as well as co-hosting bluegrass show the Flint Hills Special with Dick Powers on Sunday nights since the late ’80s.

“At the time, the Flint Hills Special was mostly bluegrass,” McWilliams explains one cold winter afternoon in the KPR conference room. “With some Celtic and a little bit of contemporary folk and singer-songwriter – like, half an hour – and I thought that was something we should really have here.”

McWilliams took the idea of expanding those aspects of the Flint Hills Special into their own program to program director Darrell Brogdon and music director Rachel Hunter, and they asked him to flesh it out.

“If you’re going to ask where the name came from, I don’t have it anymore,” the host says with a shrug. “I wrote a memo with 20+ proposed names for the show, and we wrestled with it for a while. We kind of hit on Trail Mix. We didn’t want to settle on something like,” he drops his voice, “‘Folk with Bob.’ We were trying to find something that wasn’t being used, so that worked out.” The original Trail Mix was two hours long, coming right after syndicated Celtic music program, The Thistle and Shamrock, and the first half hour of the show was Irish and Celtic-oriented music and contemporary folk singer-songwriter.

“The term ‘Americana’ wasn’t even being used yet, in the industry,” McWilliams notes. “It wasn’t even around. I felt like there should be a show that incorporate all this stuff. I mean, you have to have transitions – you can’t go from Bill Monroe to Ani DiFranco – but Trail Mix does not have a set formula. There’s nothing that says, ‘You must have one bluegrass track per hour’ or whatever.”

After a couple of years, McWilliams’ Flint Hills Special co-host Powers had become a schoolteacher, and couldn’t do the show any longer. After a discussion, the decision was made to merge the two programs into one, longer Trail Mix, and beginning in September of 1997, Trail Mix began airing on Sundays from 1:00-7:00pm. That lasted 20 years, until September of 2017, when the show gained an hour, but split into two separate airings, now appearing from 1:00-4:00pm on Saturdays and Sundays.

“Dick Powers and I hosted together for many, many year, and I think we had one disagreement in all those years,” McWilliams remembers. “We were completely simpatico. We would just take turns, queuing up records. It’s just one of those magical things.”

Once McWilliams took the reins solo, however, the show became more of a pre-planned show. He says he spends about six hours during the week planning his six hours on the air. The changes haven’t been just temporal, however.

“It’s been interesting seeing how this strange little niche of music has evolved,” he says, pointing out how Folk Alliance International gave him an eye towards artists not being nationally distributed, as well as toward some of the trends. One of the big ones, he can’t even quite put a name to.

“It’s not Americana, it’s not really newgrass – it’s kind of the blending of bluegrass, newgrass, Irish music influences, country influences – all into this whole area of string band stuff,” McWilliams describes of one of the more fascinating areas he’s gotten to feature on the show as of late, wherein people who might’ve one been singer-songwriters know find themselves as part of bands. He points to bands like the Duhks from Winnipeg, or Punch Brothers as examples. “You’ve got a whole ton of these kind of string band ensembles, and in this – broadly speaking – acoustic music, there’s a lot more innovative people working in the band setting.”

At this point, McWilliams gets sidetracked for a solid 20 minutes discussing the various iterations of folk music and the transition from vinyl records to compact discs to digital music, with a digression  about the appeal of old-school album jacket essays. As he gets back on track, McWilliams points out the timelessness and importance of what he plays on his show in the age of streaming music:

“The good news is that music is everywhere,” he says, thumping his hand on the conference table. “The good news is that it’s so easily accessible. The bad news is that people barely have the attention span to listen to one side of an album – as in the old days – and really absorb it.” But, McWilliams says, with some hope in his voice, is that there is, among some people, still a hearkening for the notion that it’s possible to take a bunch of songs, sit on the back porch, and play them.

“The best part of when it becomes spring again, is that I’ll just take a long walk in the campus environs and there’s always people sitting on their porch, playing music,” he explains with no small amount of happiness. “And, that always makes me feel good.” 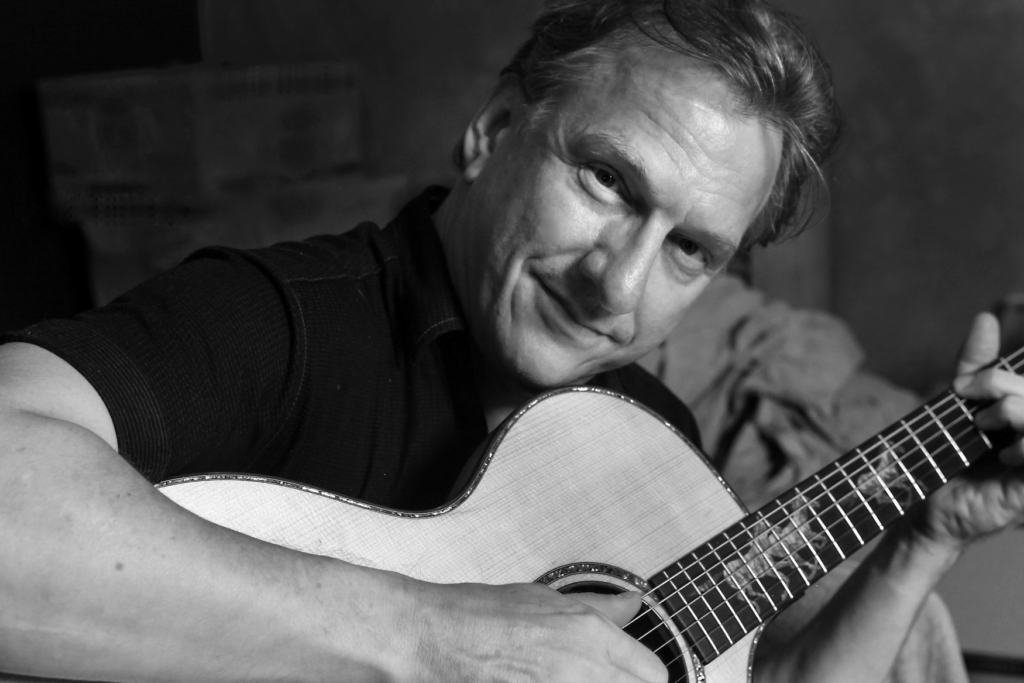 “Ellis’ career just started getting going at almost the same time Trail Mix did,” McWilliams says, explaining that Paul’s breakthrough album, A Carnival of Voices, was released in 1995. “I’ve thought Ellis is a great singer-songwriter, one of the best I’ve heard. [He] incorporates a lot of styles within what he does.”

Smeed, he says, impresses him not only as a singer and performer, but as an entertainer and stage presence. And, as an added bonus, Smeed’s a big Ellis Paul fan, himself.

“I mean, I would’ve loved to have done a thing where we have a bluegrass band and an Irish band, and so on,” says McWilliams of the singer-songwriter theme of the show. “Maybe for the 30th, but I know we’ll have an evening of great music.”