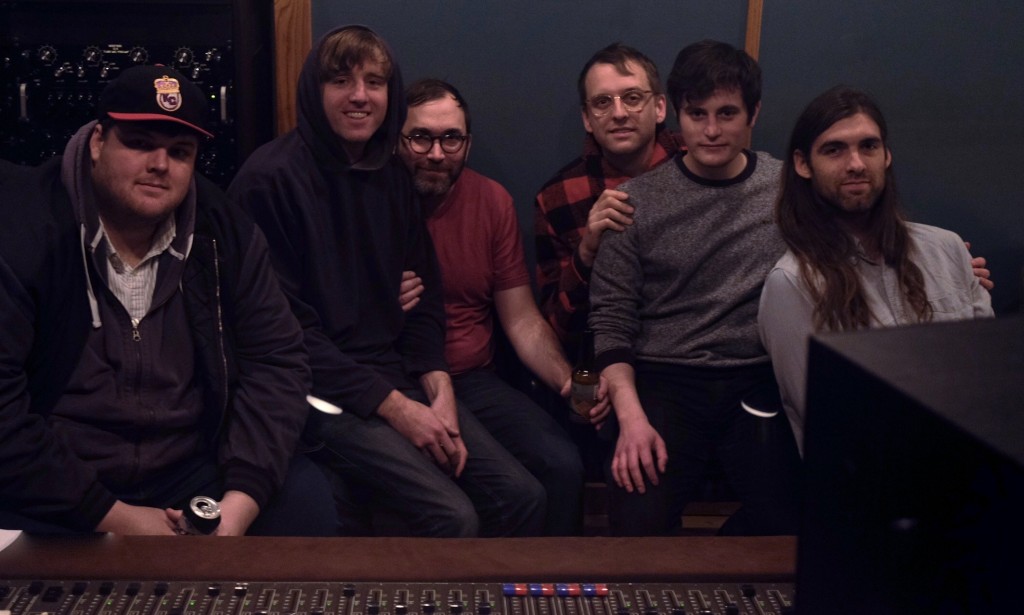 Good news has been hard to come by in 2020. So when I saw earlier this summer that Koney’s new album was coming out—a brilliant collection of songs that for a few years seemed like it might never be released—I was so happy I could have cried.

Koney is Konnor Ervin, the lead songwriter of the ACBs, a core member of Shy Boys, and one of the most talented songwriters I’ve ever met. But he’s also reticent about releasing and promoting his own work, and even though he’d share a newly mixed track with friends once in a while, enough time had passed since its recording that I worried the album was destined to become a lost classic.

But no longer. Konnor announced the album in late May with a reveal of its cover—a hyperrealistic wedge of watermelon against a blue sky—and a slow drip of singles released every few weeks throughout the summer.

So how did an album that’s been in the vault for half a decade turn into one of the freshest sounding albums of 2020? And why did it take so long to come out? 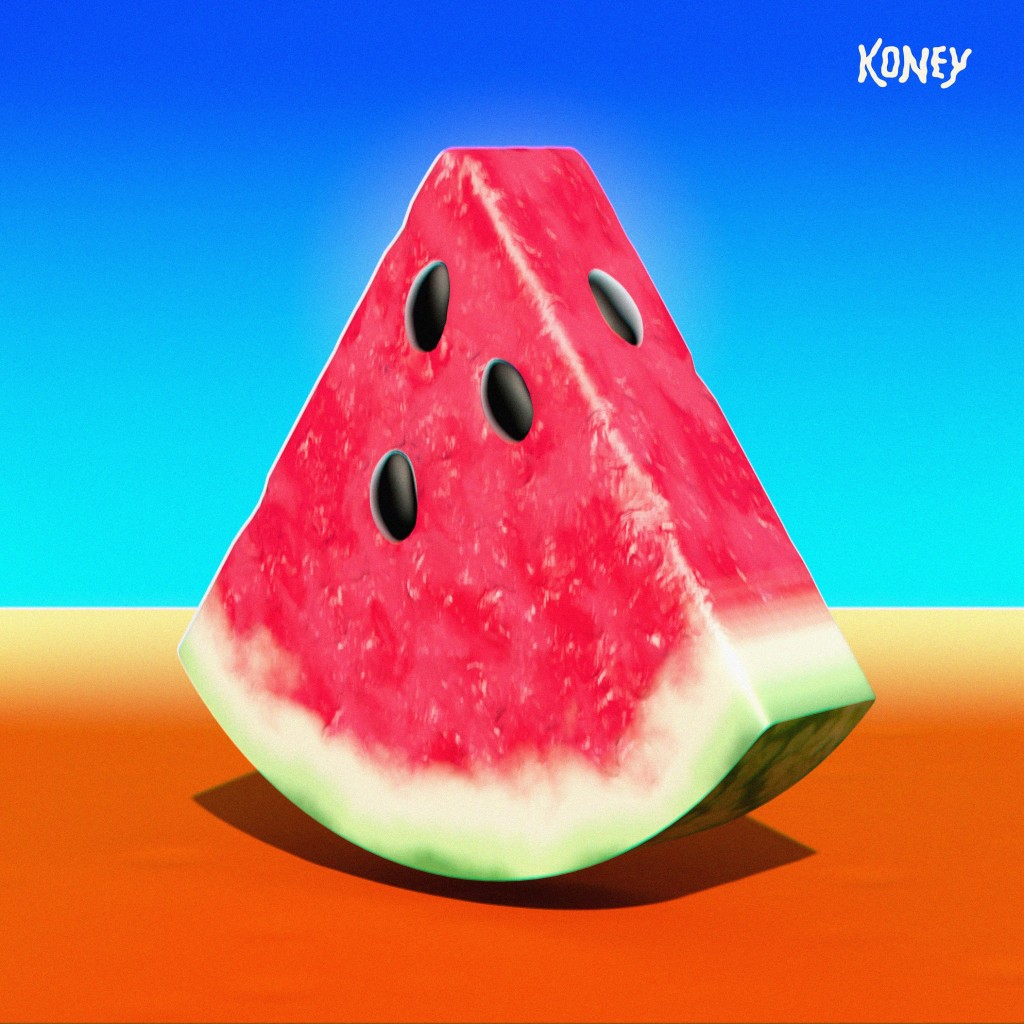 The Koney album cover, designed by Jordan Speer (@beefstrong) could easily fit on the shelf next to your cool uncle’s prog records.

To talk about the album’s long journey and the mixed blessings of releasing an album during the pandemic, I invited Konnor and bandmates to a socially distanced backyard interview, where we sat spaced out around a citronella candle, a cooler of Corona Light, a bottle of Rieger’s Hand Sanitizer, and a travel speaker to preview the new Koney album track by track.

From the start, it’s easy to hear how much of a departure these songs are from the jangly, upbeat, pop-punch of the ACBs, which Ervin formed with childhood friend Bryan McGuire in the early 2000s. For nearly a decade, the ACBS packed venues like The Brick, recordBar, and Harling’s (R.I.P.). Tracks like “All Over” and “Be Professional” garnered hundreds of thousands of listens and a spot on several TV soundtracks. But after Bryan started a family and stepped away from the band in 2014, Konnor set to work on a batch of new and existing material without knowing whether it was the next ACBs album or something else entirely.

To bring the songs to life, Konnor enlisted brothers Collin and Kyle Rausch, his roommates in their ramshackle West Plaza house/practice space and his bandmates in chamber pop group Shy Boys. Ross Brown (of Fullbloods) played synthesizer and helped run sound, and multi-instrumentalist Kyle Little contributed on guitar. Fritz Hutchison and Andrew Connor also contributed on several tracks. Recording engineer Mike Nolte flew in from Portland to run the controls at Westend Recordings, and the group set up camp in the studio over a long snowy weekend in 2015.

I dropped by a few times during the studio sessions to deliver snacks or have a beer, and could quickly tell this was a different vibe than previous projects—still melodic and enjoyable to listen to, but also darker and more focused. The group had been rehearsing Konnor’s songs every week for nine months, an experience they have since described as the most rigorous, challenging, and rewarding musical project they’d ever taken part in.

For the new songs, Konnor wanted a drier, more subdued sound than the ACBs’ signature guitar-driven hooks and vocal acrobatics. “I wanted to strip it all down and start fresh,” he said. “I wanted to make something that sounded close and small as opposed to big and distant. It was really the musicians themselves that made it what it was. They’re tasty players and they don’t try to do anything extra.”

“The limitations were set pretty early on,” recalls Ross, who later put the finishing touches on the recordings in his home studio. “We didn’t switch much up, so it was nice to experiment with those limitations.”

“In practice, we’d loop each section for very long periods of time until we felt like we had a good groove,” Connor said. “Things got smoothed out this way and everyone was on the same page as far as trimming fat, eliminating filler. I think this had a lot to do with how things ended up. The album is more groove-based and less ‘band rocking out.”

To make sure they were able to hear each other well enough to synch up, the musicians turned the gain up on the microphones and played their instruments as quietly as possible. Kyle Rausch recalls straining to play so quietly that you could hear his breathing on the early drum tracks.

“It became a contest every night: Can I play quieter than I did yesterday?” he recalls. “You could have been standing outside our front door and we were standing in our living room and you couldn’t have heard it.”

The opening song, “Combos,” is the sound of a new musical machine sleepwalking to life, a lurching bassline, steady snare hit, and fluttering keyboard riff gently lighting up the listener’s synapses.

“Sue 2,” the album’s first official single, details a brief but loaded conversation with a girl and the ensuing shame at having said the wrong things. The slightly haunting melody is delightful to indulge in, the cloud of self-doubt and regret lifted by a simple but beautiful stairstep guitar line that sets it all right again.

“Cowboys” expresses the freedom and simple joy of working an uncomplicated day job, propelled by a percolating riff that runs throughout the song. Compared to the tension of the other songs, “Cowboys”  is relaxed, refreshing, and upbeat—the sound of driving the truck into the sunset with your friend after a hard day’s work outside, a stoned but steady hand on the wheel.

To me, the spiritual heart of the album is “When,” a plodding, somber track in which the singer takes stock of his situation and comes face to face with himself in a dirty mirror. The song is intimate to the point of prayerful, exploring the rich depths and clarity of solitude before opening up to the unexpected warmth of being with another person.

Collin, who played bass on the album, remembers lying in bed and hearing Konnor rehearsing the song through the floorboards downstairs.

“It’s a longstanding tradition that whenever I hear Konnor or Ross write a song that’s brilliant, I just hate them for being so good,” said Collin, the primary songwriter of Shy Boys. “I was really into that song. It was just so warm and so dark.”

“Gray Times” sounds much more lighthearted, a pleasantly reflective number about sad times that eventually fade into nothing. But for the group of friends who played on Koney, it might be the most depressing song on the album.

“We were on a vibe,” Rausch says. “It was a dark point in time and the album is very much reflective of that. I remember playing that song in the studio, stoned and sad as hell.”

Almost five years later, the band members seem to be in a much better place than the doldrums chronicled on Koney and the first two Shy Boys albums. They all moved out of the house on Bell Street years ago and are each living with their longtime significant others. Shy Boys have released three excellent albums, including “Talk Loud,” which comes out Sept. 25 on Polyvinyl. Ross’s years-long labor of love, Fullbloods’ “Soft and Virtual Touch,” came out in April on High Dive Records, who will also be releasing Koney’s debut this fall. 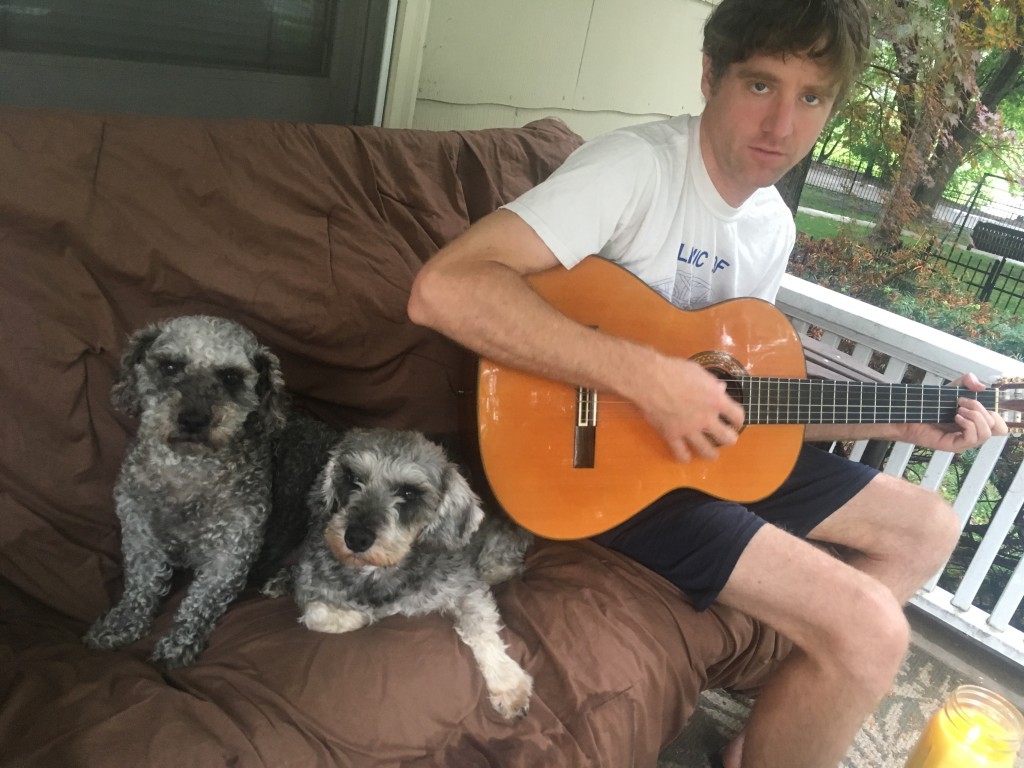 For his first post-ACBs album, Koney said he wanted to lose the reverb and be more careful with the guitar parts, playing only when necessary and not adding notes that were already there. “I think that’s where it started for me,” he said. “Beyond that, I didn’t have much of a plan.”

The ACBs have only played three concerts since Bryan left the band—one in Chicago, one at the White School House in Lawrence, and another at a no-frills DIY space near 18th and Vine in Kansas City. Each of the local shows concluded with sonically stunning versions of “Know,” the album’s penultimate track. During the April 2018 Kansas City show, in a packed concrete space with zero ornamentation except the pink neon lights of the address, Ross turned up the synthesizer until it felt like the walls might melt. As he painted dramatic sweeps of sound over the driving, dub-like rhythm, I felt both weightless and firmly rooted in place, suspended in a blissful indie trance in the middle of the historic Jazz district.

Moments like that were exactly why I was so excited for the songs to get a wider release—and why it was so disappointing when that kept not happening. As it turns out, I was hardly the only one quietly cheering it on. Thanks to the wide musical network of the musicians who played on the album, the songs became a favorite road listen for the Shy Boys, Fullbloods, and tourmates like J Fernandez, Video Age, and STRFKR.

Mike Nolte, who ran the recording sessions at West End for Shy Boys, ACBs, and Koney, remembers a buzz growing about the unfinished tracks while on tour running live sound for groups like STRFKR and of Montreal.

“There would be at least a few late-night listens on STRFKR tour where we would all talk about how much we liked each particular song for a particular reason,” Nolte said recently from Portland, where he runs a mastering studio. “I love that album so much.”

For everyone involved—and a few of us on the sidelines—it was immensely satisfying to see the album go from something enjoyed in secret to a work of art anyone can appreciate. Konnor says the slow release had more to do with a lack of organization than any personal or creative crises. It took time to get the vocal mixes right and figure out what artist title to use. He also admits it was hard to know how to move forward without Bryan—whom Collin called “the heart of the band.” Fortunately, Koney sounds no less fresh for its long gestation period, packed with songs that have literally stood the test of time.

“Our favorite album of the last two years finally has a release date,” gushed STRFKR on Instagram, among dozens of other bands and individuals who helped drive the first single to a quick 70,000 Spotify listens.

But releasing an album is always a bit anticlimactic, and exponentially more so during a pandemic. Instead of tour updates or glimpses of live rehearsals, the Instagram stories of Koney and bandmates have been filled with footage of protests, pleas for social justice, and snapshots of quiet moments at home with loved ones and pets.

Recently they’ve begun sharing images from past tours as well, reminiscing about times when packing close together in a tour van and playing crowded venues across the country was the most natural thing in the world.

For Konnor, the album’s release this October will represent the completion of a long journey. Even the notoriously humble songwriter admits he’ll be happy to see the record out in the world in physical form.

“I feel great that it’s coming out,” he says, a faint smile spreading beneath a new mustache. “It’s no longer trapped in time.”

Koney will be released on October 9 on High Dive Records.