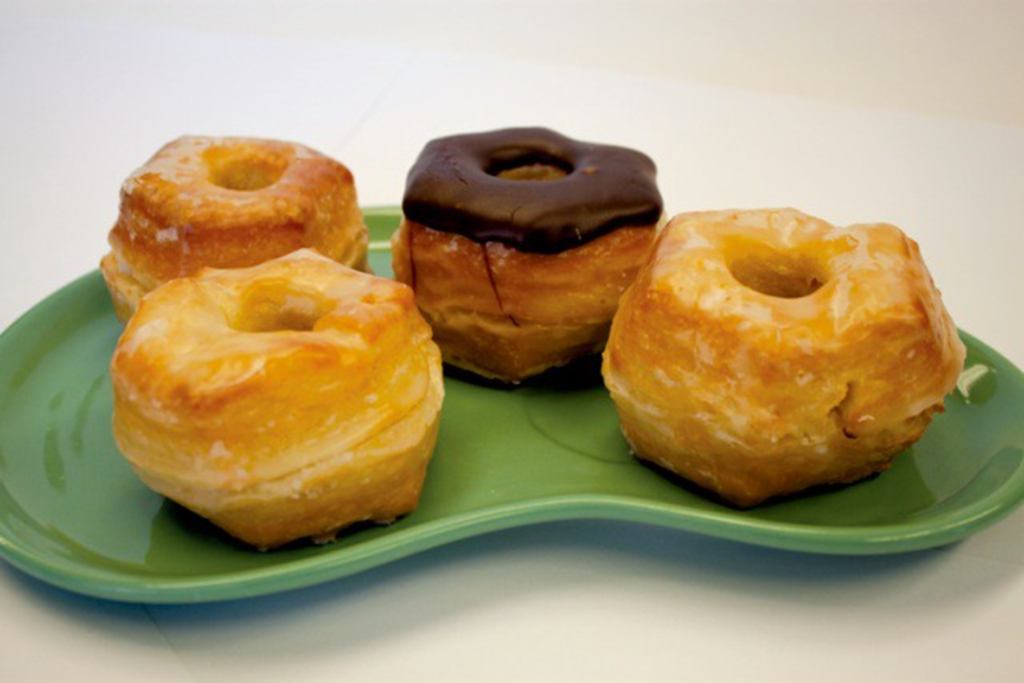 Ever since New York’s Dominique Ansel Bakery invented the Cronut – a hybrid that joined the croissant with the doughnut – variations have popped up all over the world, including in KC. The latest we’ve sampled comes from Hy-Vee (specifically, the one at 8501 West 95th Street, in Overland Park).

Flavor: Glazed is the default; available icings include chocolate, maple, lemon, strawberry and cream cheese. “If you can think of it, we can put it on there,” says bakery manager David Sullivan.

Why: As the popularity of Ansel’s Cronuts grew, Midwest customers started requesting them from Hy-Vee, says Tony Byington, assistant vice president for bakery operations at Hy-Vee’s headquarters in West Des Moines, Iowa. Because Hy-Vee’s bakeries don’t fry doughnuts in-house, the grocery chain found a company in Colorado that would produce the dossants. The croissant dough is shaped and deep-fried, then flash-frozen and shipped to stores, where they’re thawed, baked and topped with icings or powdered sugar.

Since when: The first Dossant rolled (well, sort of rolled) off the line three months ago.

Croissant-y factor: The interior does consist of peelable croissant layers but favors a denser, more breadlike consistency than a croissant typically has.

Doughnut-y factor: The glaze is crackly. On the flavored versions, the harder icing adds to the pastry’s doughnutness.

The Pitch‘s tasters say: “Look, I’m totally clueless about this whole Cronut thing, but I do agree that there is something primally satisfying about laterally bisecting doughy goodness through the weakness of its own seams. But these are reminiscent of their cousin, the canned flaky biscuit, with a flavor-limiting density.”

“Agreed: The specific gravity suggests that you could make them at home in a CERN experiment.”

Availability: Every day at some KC-area Hy-Vees. Each store has the leeway to top the Dossant as it likes. They can be special-ordered.