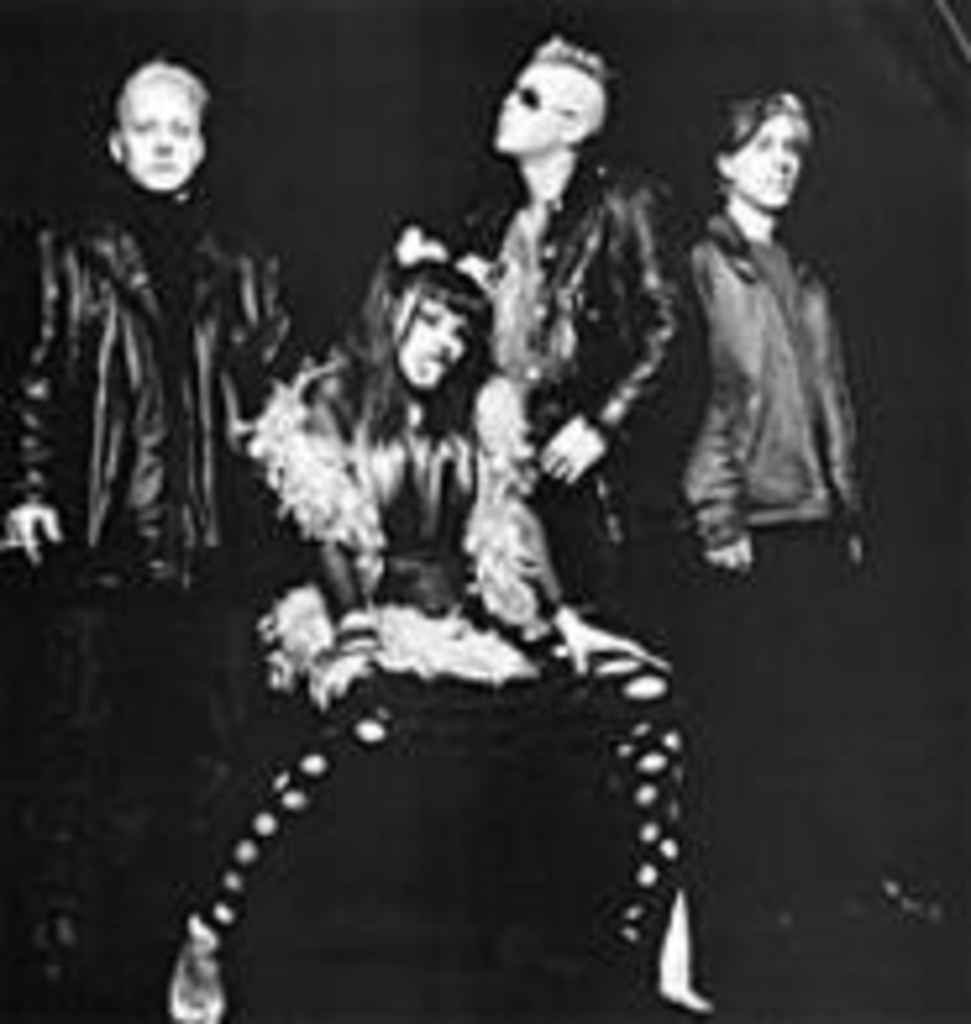 Years before Al Jourgensen, Trent Reznor and their sequencer-happy disciples started mixing industrial keyboard clangs with heavy-metal thunder, KMFDM was forging the sound in dank nightclubs and B-grade recording studios. The acronym stands for Kein Mitleid Für Die Mehrheit, which translates to No Pity for the Majority, a fair assessment of the group’s nihilistic worldview. Fronted by enigmatic German vocalist and multi-instrumentalist Sascha Konietzko, the exalted ensemble recently celebrated twenty years in the business with the release of its fifteenth album, WWIII. Having finally solidified something resembling an official lineup, the seven-piece ensemble has returned to the touring circuit with a vengeance. Onstage, KMFDM is pure cyberpunk, serving up a futuristic visual extravaganza that’s been known to include flying saucers, towering androids and more leather than a boot factory.