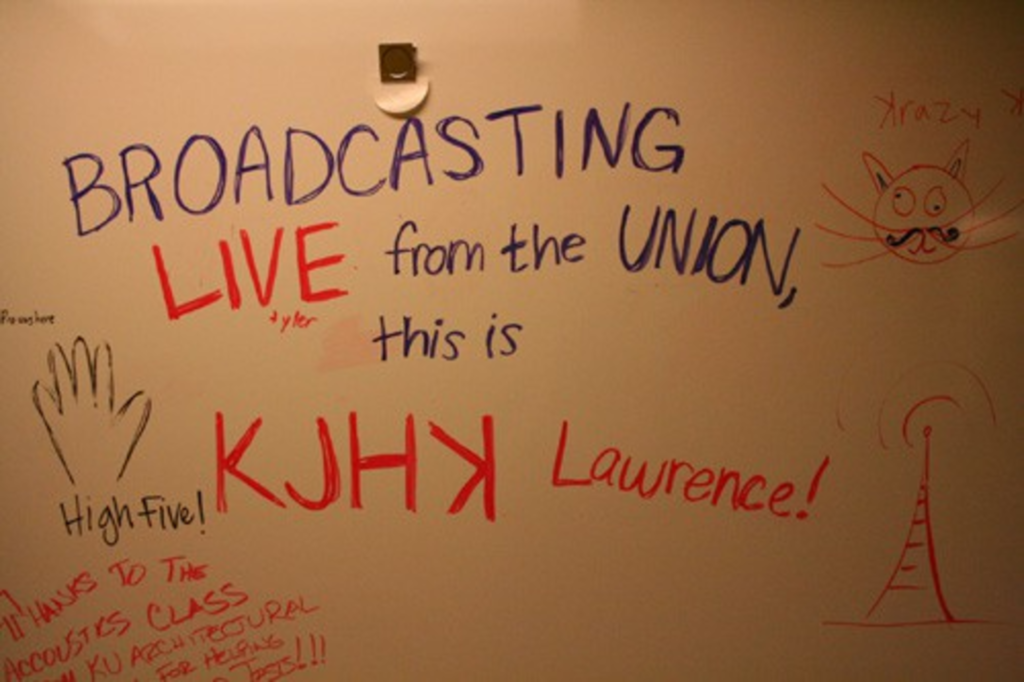 Money Shots is a glimpse of random happenings when we’re out and about on Kansas City’s music scene.

Shortly before 2:00 p.m. yesteday, the University of Kansas’ student-run radio station, KJHK 90.7FM signed off from their old studios at the Sudler Annex. The last song played was the Soft Boys’ “I Wanna Destroy You,” followed by a chorus of goodbyes, courtesy of a Simpsons clip. Roughly two minutes later, the station was back on the air from the Kansas Union, with a chorus of DJs announcing the switchover. The first song played? Appropriately, it was “This Is Radio Clash.”