King’s X is no longer crossed up 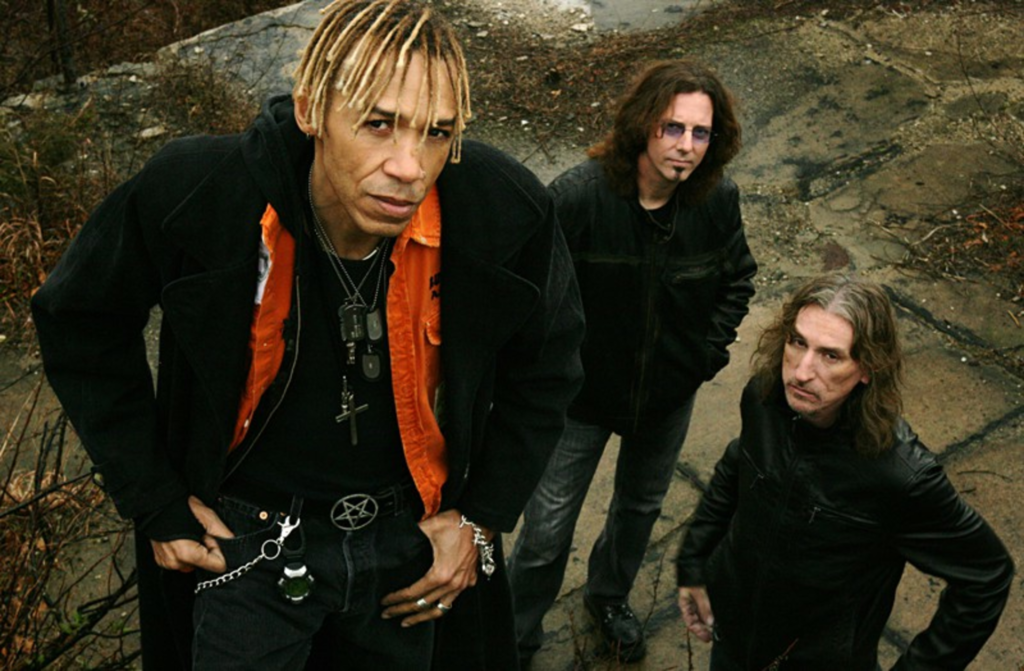 “In five years, there won’t be venues big enough to hold this band,” reads a quote attributed to Anthrax drummer Charlie Benante in a late-1980s magazine ad taken out by Megaforce Records, then the label for King’s X. As landmark albums such as Gretchen Goes to Nebraska (1989) and Faith, Hope, Love (1990) arrived, it looked like Benante might be right about the trio. King’s X’s sound — driving, melodic rock, bolstered by intricate layering, rumbling 12-string-bass textures and soaring harmonies — appealed to metal, alternative, prog and mainstream fans alike. That the band trafficked in semi-overt religious imagery didn’t block its appeal with secular audiences: No less an authority than Jon Stewart proclaimed, during a 1994 broadcast of his MTV late-night talk show, that King’s X “stole the show” at Woodstock ’94.

For singer and bassist Doug Pinnick, though, the band’s early brush with fame precipitated two decades of self-criticism and self-doubt.

“When people weren’t buying our records after we were acclaimed as the next biggest thing that was gonna rule the world, and it seemed like musicians loved us but we couldn’t sell records to the masses, I started to question what I was doing,” Pinnick says. “I felt that if our music didn’t ring true to the masses, then I must not have something. I started picking at everything I did: ‘Maybe this is what they don’t like, or maybe it’s my lyrics.’ I did that to the point where I got myself completely confused. So in the last few years, I’ve just been like, ‘I don’t give a fuck no more. I’m just gonna do what I do. I can’t fight myself anymore.’ “

But listening to the last 20 years of King’s X albums, you wouldn’t guess that the band was suffering from some kind of creative logjam. Its back catalog holds up mostly as a triumph. Though its 12 studio albums contain a handful of once-popular MTV staples and brim with innate commercial potential, the band still sounds uncompromising, free of bloat, and unencumbered by any sense that it ever felt confined by its success.

In recent years — thanks largely to the efforts of Wally Farkas, founder of the small independent label Molken Music and former member of like-minded quasi-Christian thrash outfit Galactic Cowboys — King’s X has turned into a cottage industry of sorts. From its New Jersey home base, the band has released several archival live and rarities titles on the Molken imprint, in addition to discs on Metal Blade and InsideOut. All in all, King’s X has put out a half-dozen live releases since 2004, some of which date back to the 1990s, others offering more current snapshots of the group in action. The most recent of these, the download-only Burning Down Boston, was released in March by Molken as a means to defray medical costs incurred by drummer Jerry Gaskill, who suffered a massive heart attack in late February.

“They call it the widow maker,” Gaskill says. “I had 100 percent blockage in the main artery. People just die from it. I collapsed at my house. I don’t remember any of this, but my wife tells me about it. Had she not been there, I wouldn’t be here. Apparently, they shocked me three times at my house. They rushed me to the hospital and put a stent in.”

While in the hospital, he contracted acute respiratory distress syndrome (ARDS). “I was basically in an induced coma for two weeks,” he says. “I woke up and I was thinking, ‘I don’t know if I’m ever gonna play again or even want to play again or get onstage.’ ”

But a mere three months later, King’s X announced a run of shows opening for Kansas. Gaskill has been cleared by doctors — in fact, strongly encouraged, he says — to tour, in spite of his physical style of play. His cholesterol level, he says, is now within a healthy range, thanks to a radical change he made in his diet after Pinnick sent him a link to the vegan documentary film Forks Over Knives.

“I said ‘Well, that just makes sense!’ ” Gaskill says. “So now I feel better, I shit better, everything’s better. I live in a town with lots of hills and bridges, and I was running all over that town, up the hills, over the bridges. Ty [Tabor, guitarist] thinks that had a lot to do with my quick recovery. But apparently, my body just doesn’t seem to know how to break down cholesterol. My mom had heart disease when she was younger, at about 50. She’s 82 now and doing great. So it’s kind of a hereditary thing as well.”

Gaskill says he has experienced a profound improvement in his overall outlook on life. He jokes several times about having “died,” but when pressed to define how this near-death episode has affected him spiritually, he answers with the same ambiguity that has long characterized the band’s work.

“Oh,” he says, then pauses. “I don’t know. As far as spirituality goes, I don’t really know anything about that. Other than, I think there is this spiritual thing in life. We can’t put our finger on that thing that always leaves us questioning. For me, that’s spirit. I don’t really have any religious views or anything like that. I’m just trying to find peace in myself. Finding peace in ourselves sums everything up for me.”

That may sound like an evasive response from the drummer of a band that once included an entire chapter of the Bible in the liner notes of one of its albums (Faith, Hope, Love, itself a scriptural reference, to say nothing of the band name’s reference to Christ). But in a way, it’s consistent with King’s X’s longstanding refusal to pinpoint its original Christian-based values. The band’s lyrics, which all three members write individually, largely concern themselves with open-ended contemplation as opposed to specific issues relating to dogma. As such, they lend themselves to multiple interpretations. And the fact that Pinnick gradually renounced his individual faith and even, in 1998, came out of the closet, doesn’t dramatically alter the complexion of his early lyrics. (Though Pinnick contends that there are several songs he no longer relates to.)

“There was a time,” Gaskill offers, “when Christianity was a part of my journey. There was also a time where drugs were part of it. There have been different things along the way, and all of it has had its place in my life. But as we grow older and learn things and see the world for a few years, we just start to realize things. I think if we’re honest with ourselves, we can all know that there’s not a set rule on how you’re supposed to feel. So if we can find that peace in ourselves, what more is there to do? Whatever is already is. It doesn’t matter what I think about anything, really.”