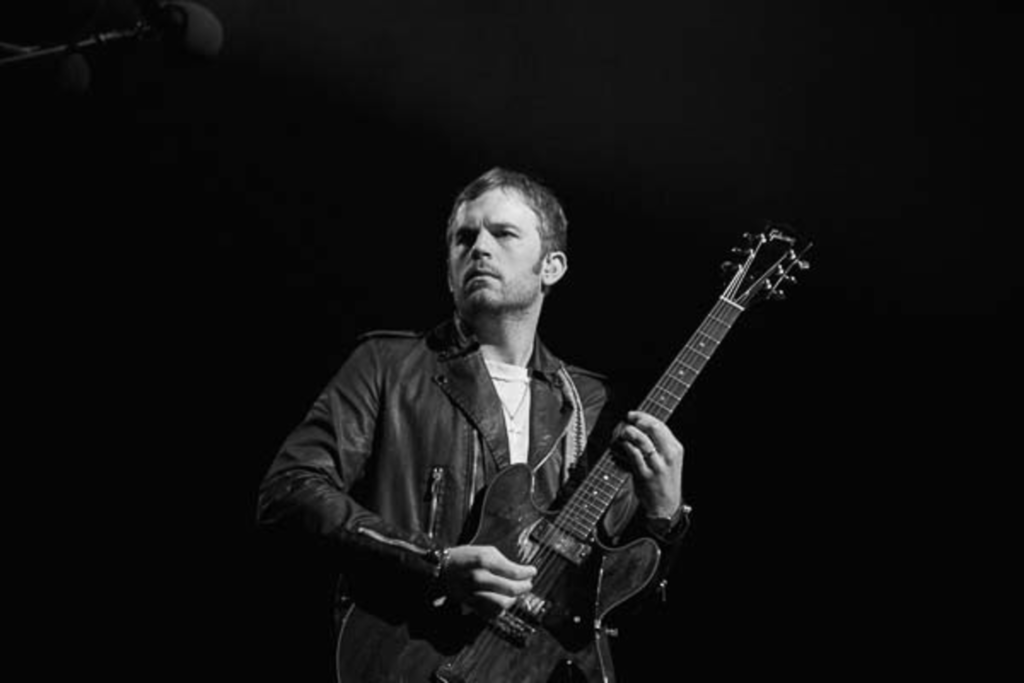 For a full slideshow from last night, go here.

Since first forming more than a decade ago, Tennessee’s Kings of Leon has enjoyed a sort of skyrocket career. It has recorded six studio albums, toured with Bob Dylan, won a multitude of awards, and established its own label (Serpents and Snakes Records). With all of this commercial success and the release of its latest Angelo Petraglia-produced album Mechanical Bull, you’d think the Kings of Leon would have ample Southern charm to work with. Sadly, that wasn’t quite the case last night at the Sprint Center. 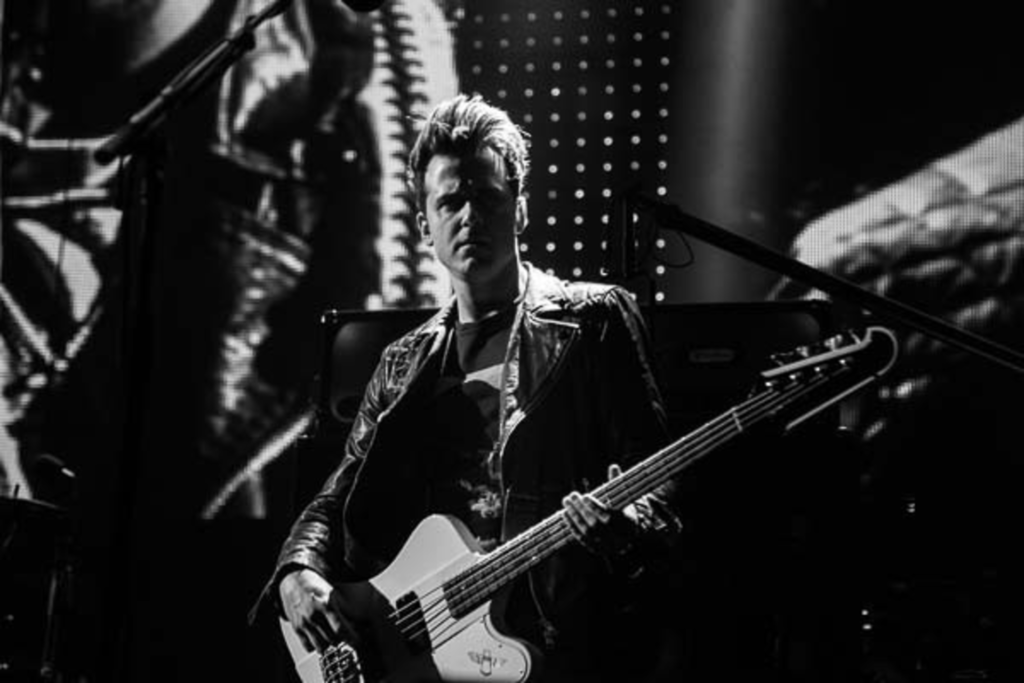 The mostly family band, made up of three Followill brothers, a cousin, and one nonrelative – Chris Coleman – on backup vocals, keyboards and guitar, barely spoke the entirety of the show. Nor were they particularly verbose during the “exclusive” preshow meet-and-greet, where I was one of the lucky hundred or so participating fans.

It was quite the experience, actually: Fans were met at a prearranged meeting area in the arena and were then guided, single file, backstage to meet the band. Now, when I think of “meeting the band,” I have images of Kate Hudson’s Almost Famous character Penny Lane dressed in furs, getting chummy and joking with the band. Kings of Leon were pretty anti-chummy. I had seven “exclusive” seconds for a photo with the band that supposedly lives on the Internet now, and if I really want it, I can go search for it.

The meet-and-greet thing was really just part of the review package I was offered, so I wasn’t too heartbroken by the lack of interaction I got. My sympathies go out to the dedicated 20-somethings and dads of enamored teen girls who waited to meet the boys. The band collectively didn’t speak more than two words, and the members seemed to be either sick or annoyed, judging by their between-photo facial expressions. 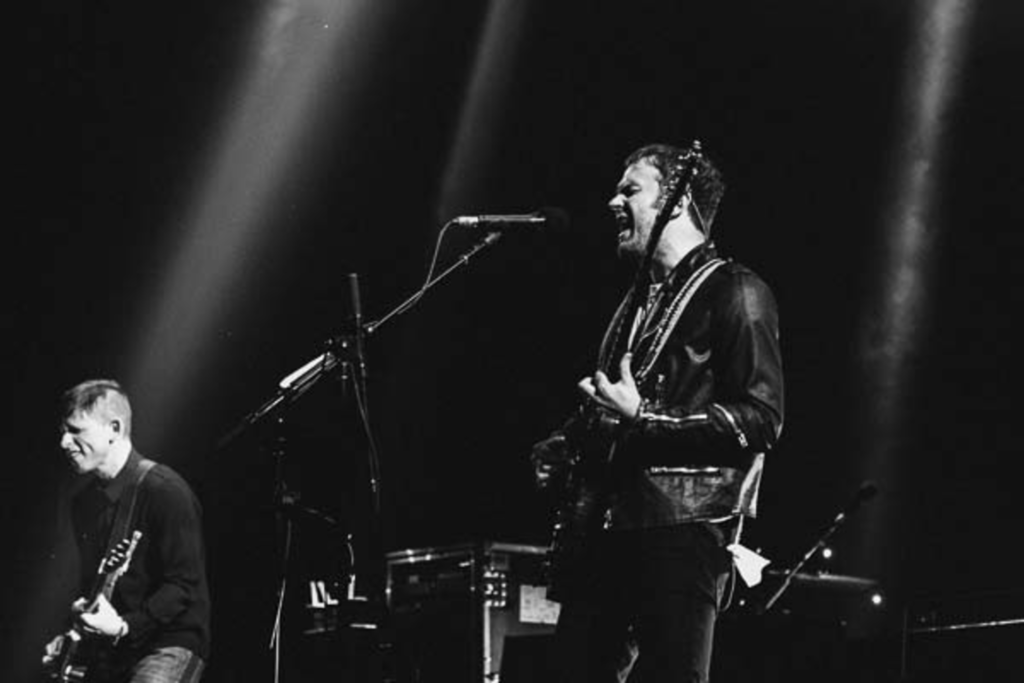 The Kings of Leon performance offered a similar vibe of misplaced showmanship. Vocally, lead guitarist Caleb Followill’s novel timbre created the illusion that the two-hour set was instead just a six album lip-syncing shuffle. His voice instigated no changeups and offered no surprises within the songs’ atmospheric odes to life and drunken fate. It all seemed rather stale.

The band’s deep, garage-rock sound filled the arena nicely, but it’s worth noting that none of that would have been possible without excellent equipment. Bassist Jared Followill sported a Gibson Thunderbird IV, a deity among other rockers since the 1960s, like Motley Crüe’s Nikki Sixx. He switched between another bass and this one, but the sound from the Thunderbird thwarted the more commercialized vein that the band has embraced the past three albums. Songs like “Radioactive” from Come Around Sundown also highlighted drummer Nathan Followill’s spunkier Zildjian cymbal crashes and backup vocals.

A fantastically lavish light show and stage-wide video screen constantly flashed fresh images and band footage in sync with the drumbeats, covertly blanketing the attention span of the crowd and dissolving the need for the band to interact with more than its instrumental chords. 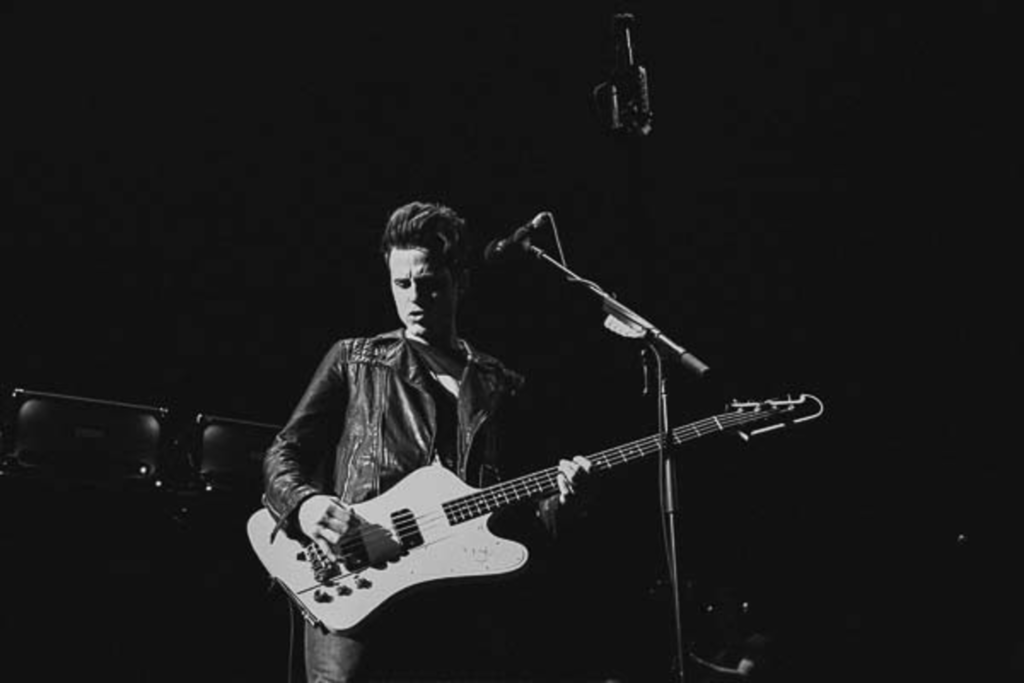 The number of songs played from the second album, Aha Shake Heartbreak, reinstated the need to overlook the band’s lack of stage presence. Old favorites, like “The Bucket,” “Day Old Blues” and “Taper Jean Girl” gathered roars from the crowd of thousands. Besides, the band members occasionally moved from their set spaces and interacted with one another. This helped offset the dramatic bone in my waiting to see an onstage breakdown, which has, unfortunately, been paraded during previous tours.

The whole Kings of Leon experience left me a little disappointed. I went in open-minded – even a little intrigued by the whole meet-a-superstar arrangement – but between the lack of passion the guys displayed behind the stage and the lack of energy they had on it, I can understand now why they are so often an easy target for haters of popular arena rock. But then again, if Kings of Leon had given me even a hint of something worthy of arena rock, I might feel better about it.

Leftovers: While at the meet-and-greet, my friend and I tried to crack a joke about mooning the camera for our photo-op with the band. Only the drummer responded with a hint of laughter and a smile. Thanks, Nathan! As for the rest of them: y’all lame.