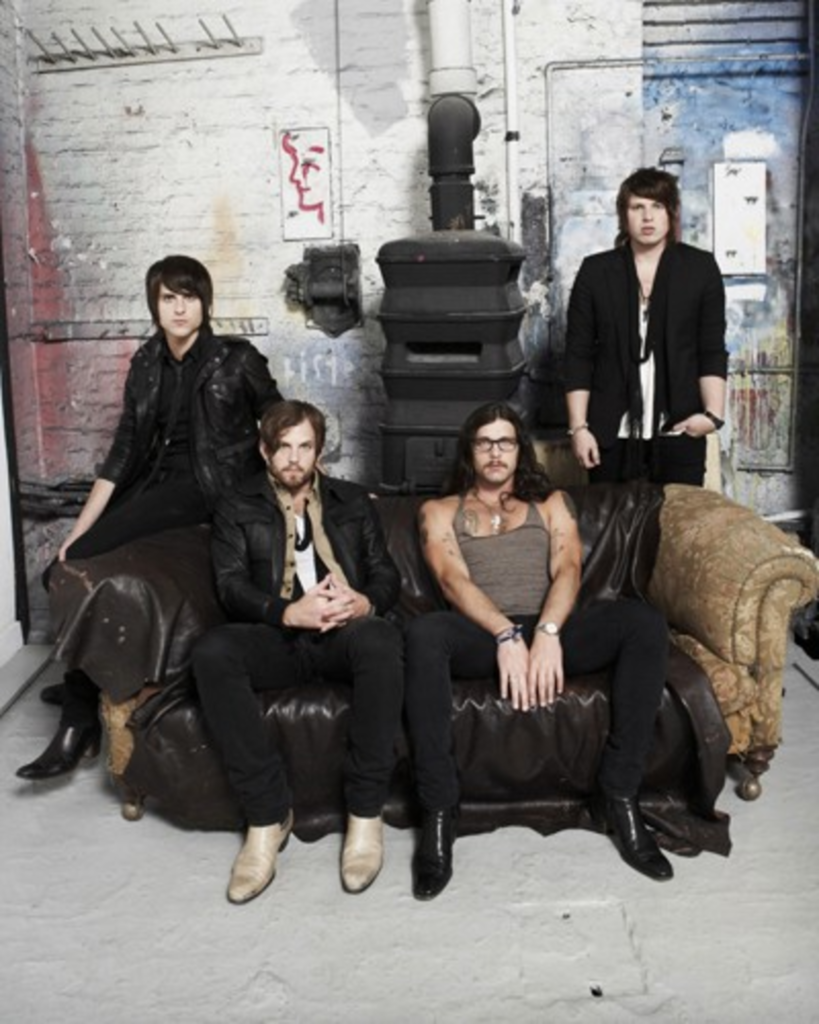 Only by the Night, the fourth album from Nashville’s Kings of Leon — brothers Caleb (vocals and guitar), Nathan (drums) and Jared Followill (bass), plus cousin Matthew Followill (guitar) — wound up on many music critics’ Top Albums of 2008 lists. KoL earned nowhere near this much love for its first three offerings, back when the group was a raw, gritty and urgent indie-garage version of the Black Crowes or the Allman Brothers — with a minor fondness for Alan Parsons-style production and post-punk experimentalism. Now, however, the critics seem to be responding to the quartet’s sonic declaration of cap-I Importance: to wit, Night‘s ambitious, sweeping, grandiose stadium tunes and unabashed U2-isms. Sometimes it works well; other times, the shoe fits poorly. Yet even if the Kings are in the awkward stage of their transformation, they remain a formidably tight and rousing live outfit.