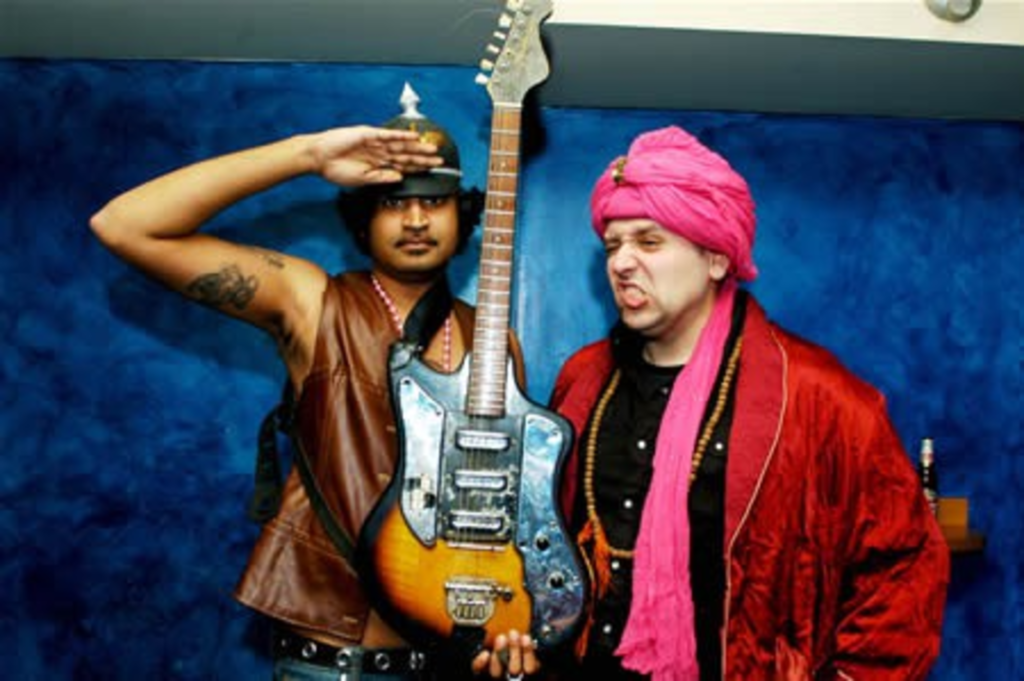 The King Khan & BBQ Show officially announced their next album, Invisible Girl, due out in November 3 on In the Red. It’s the follow-up to their fucking awesome 2006 release, What’s For Dinner?, also on In the Red.

The only thing that the duo has released since then has been a couple singles — a holiday split with the Black Lips, as well as the disturbing-titled Teabag Party single on Crypt…and, yes — it is exactly what you think it’s about. Yes, all this was announced on Pitchfork over three weeks ago, but they released tour dates today.

They play the Jackpot in Lawrence on November 13 (FRIDAY the 13th, no less). Clear your calendar now. I’ve seen the King Khan & BBQ Show, King Khan & the Shrines, and BBQ (Mark Sultan) solo. They are all worth your time and money, because these cats have soul coming out their pores. You could go slightly mad picking up everything they’ve put out, and that Almighty Defenders project with the Black Lips they’ve got coming out next month on Vice probably won’t help matters any.