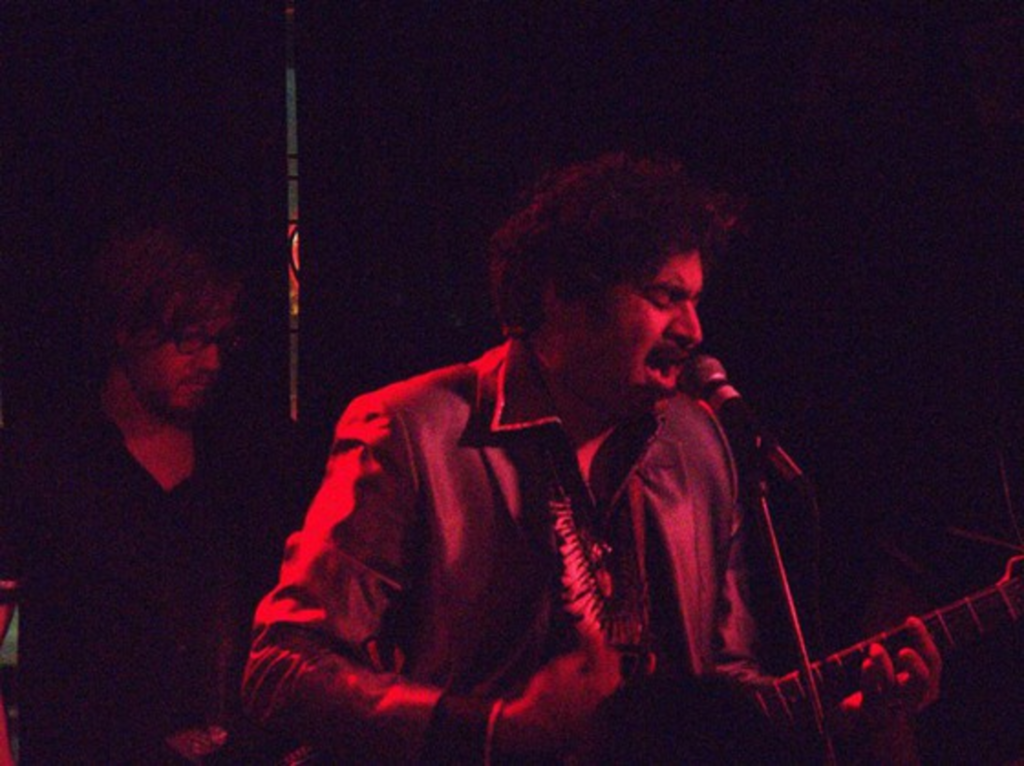 The last time I had an opportunity to see King Khan (née Arish Ahmad Khan), was at an odd but fun one-off garagefest in Lawrence. Swathed in gold lamé, he was the unlikely hero of the day.

Last night’s Record Bar show began at last after an interminably long setup that seemed to be marred with problematic equipment. Yet, as soon as King Khan took to the stage, it was no matter. He was dressed in a gray sharkskin suit, and the band immediately launched into the dirty, garage-y soul that has made King Khan such a force. 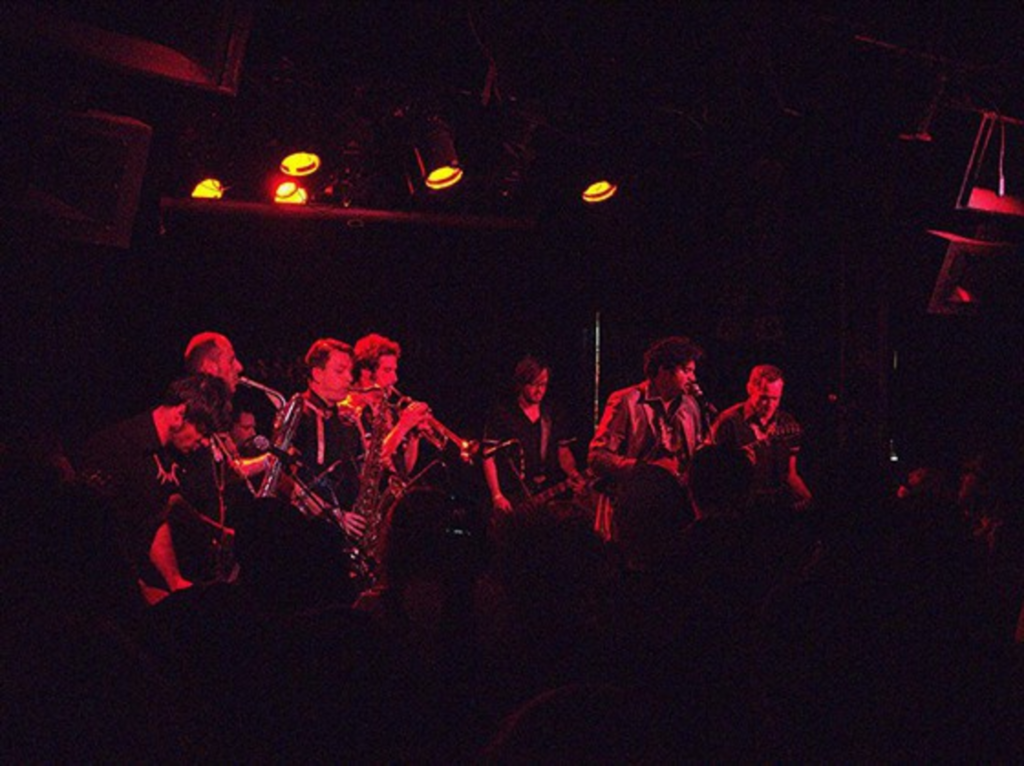 King Khan is an impressive performer – he stalks the stage, and bellows and wails in a way that would make James Brown proud. His band is equally impressive, with a deep, talented horn section and a percussionist that rounds out the act. Khan now resides in Berlin, and his band is comprised of Germans. A friend that attended the show with me explained to me that Berliners have a deep love for American black music culture – and that for as well as the band does traveling stateside, it is likely far more popular back in Germany. The incongruous appearance of the band likely only adds to its appeal.

Due to the long setup time, the band’s set was cut a bit short and the house lights went on during the encore break. The audience, which had rowdily been dancing and twisting to Khan’s every word, still beckoned him back to the stage. He returned, (though not happy about the stage lights), barechested, wearing a wig, cape, short shorts and a headband. Frontmen don’t come much finer than Khan. 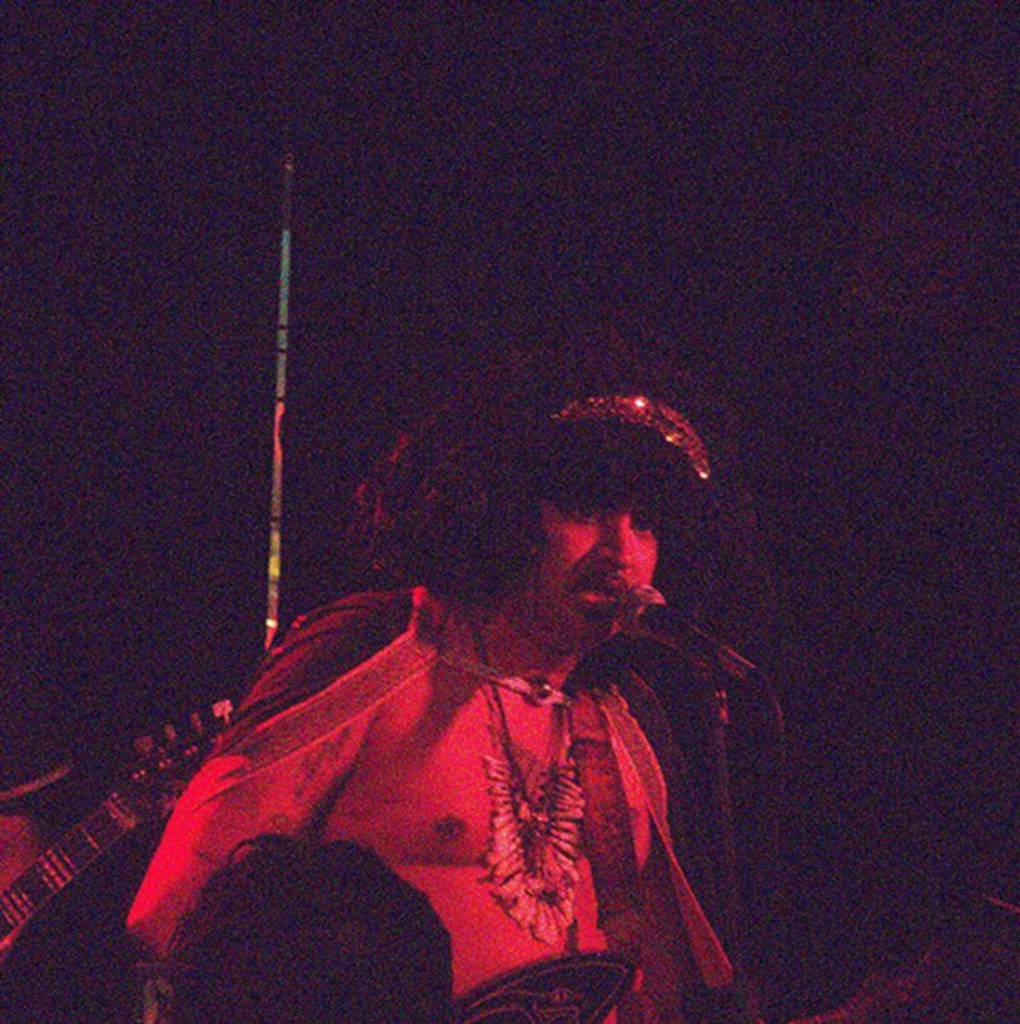